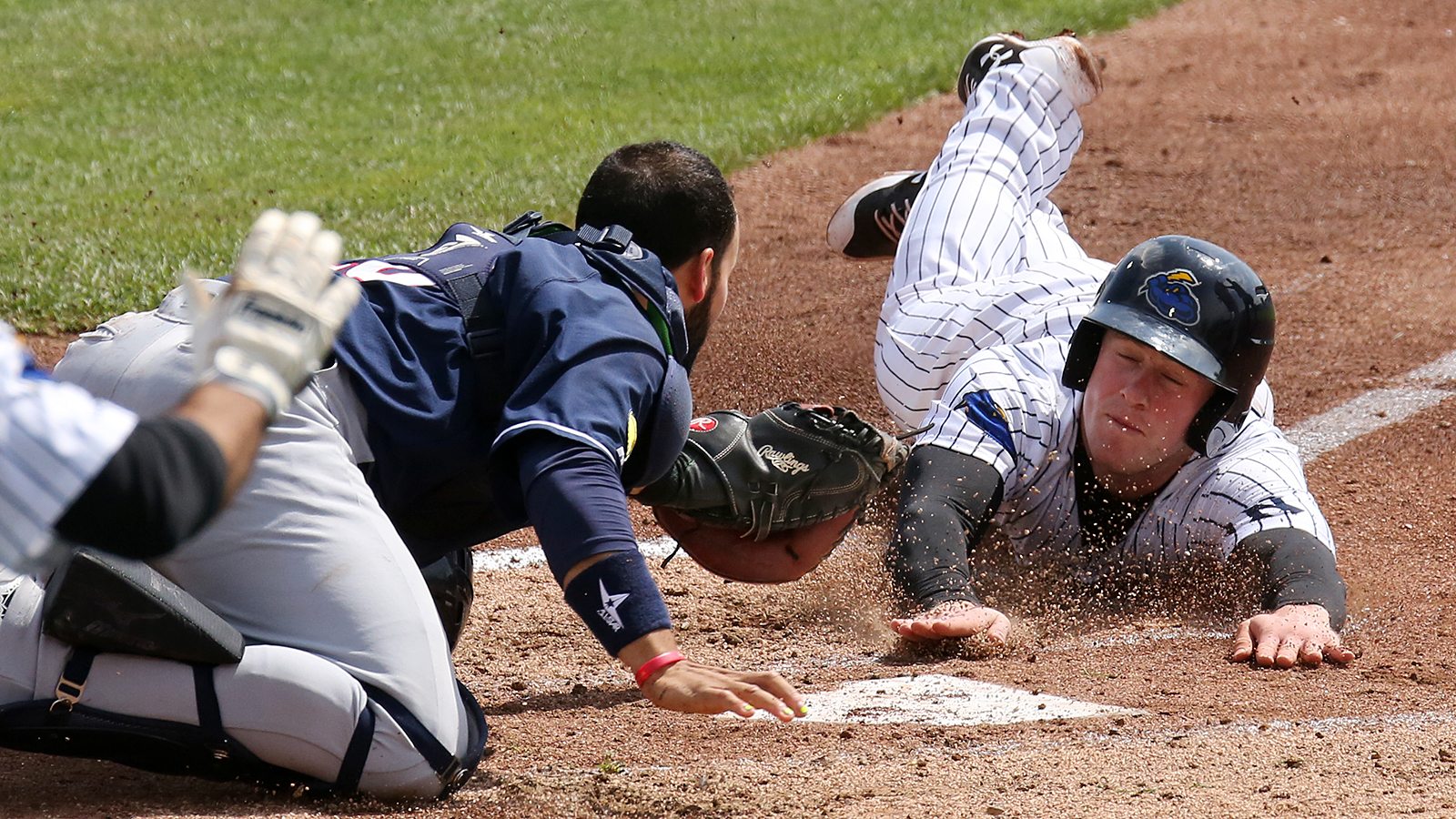 It was a big day for Trenton Thunder right fielder Billy McKinney as he led the Trenton Thunder to a 5-4 victory over the New Hampshire Fisher Cats.  With the victory, the Thunder end their first homestand of the season going 5-2.

The Thunder got ahead early in the game in the bottom of the first inning when Thairo Estrada started it off with a ground ball single to center field.  He then moved to second when Abiatal Avelino walked and scored on a single to left by Miguel Andujar.  With Trenton up 1-0 and runners at the corners, Mike Ford would ground into a force out at second base, scoring Avelino to give them a 2-0 lead. 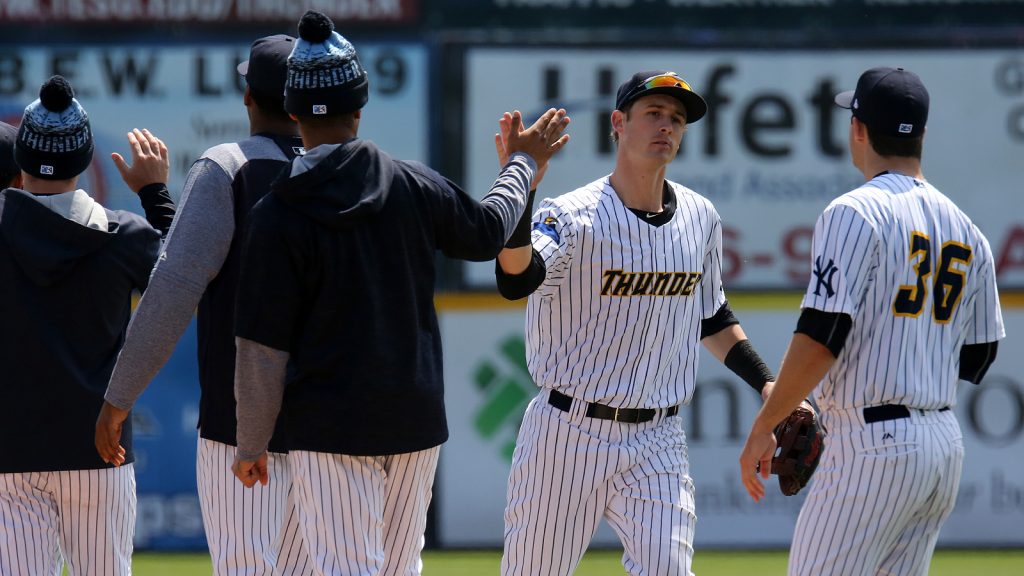 Zack Zehner and the Thunder finished up their first homestand of the season going 5-2 after defeating the Fisher Cats in an early day game. (Martin Griff)

New Hampshire got on the board in the top of the third on a leadoff homer to left by Jonathan Davis but did not muster up any more offensive in the inning.

Trenton padded their lead in the bottom of the fourth inning.  Mike Ford lead it off with a walk, moved to second on a single by Zack Zehner before Billy McKinney singled to load the bases.  Dante Bichette Jr. then struck out to bring up Devyn Bolasky.  Bolasky then hit into a force attempt but the second baseman threw the ball away to allow three runs to score and Bolasky to move to second. 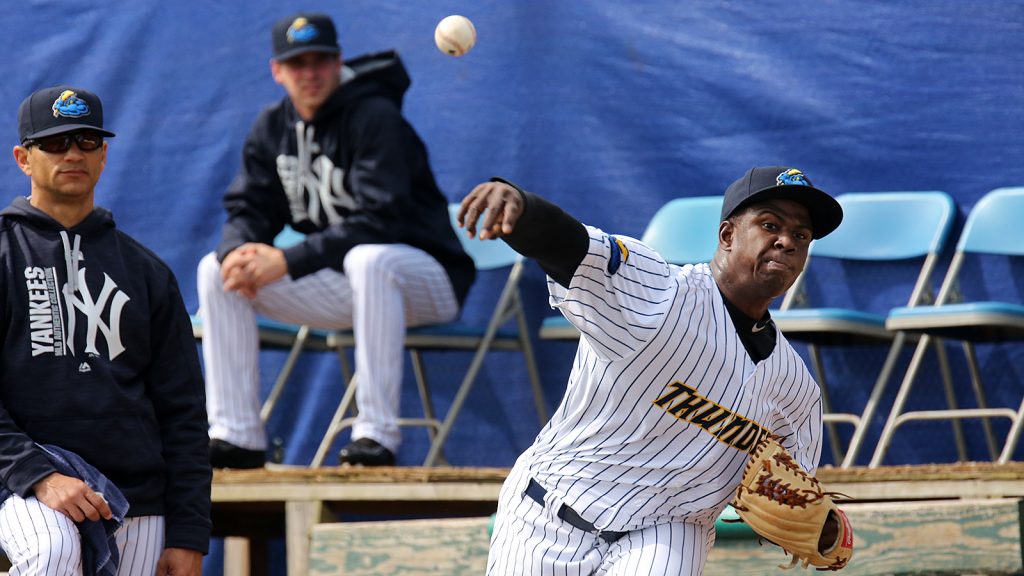 In the top of the sixth, the Fisher Cats were able to touch Yefry Ramirez for an addition run when Roeman Fields singled, stole second, move to third on a single and score on a sacrifice fly.

The sixth inning would be the last for the Thunder starter as Ramirez finished the game allowing two runs on five hits and two walks while striking out six in six innings of work to earn his second win of the season.  He was followed by Matt Wotherspoon who struck out one batter and allowed a hit and a walk in his two innings of work. 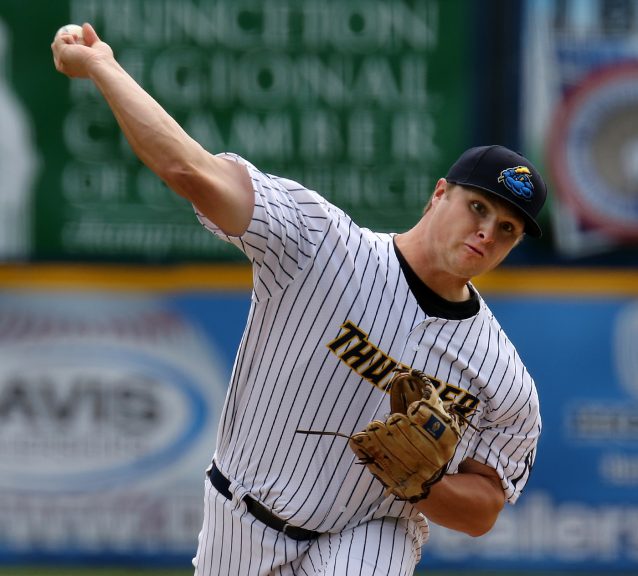 Cale Coshow earned his fourth save of the season. (Martin Griff)

New Hampshire was able to touch Trenton closer Cale Coshow for two unearned runs in his inning of work but he managed to hold them off to earn his fourth save of the 2017 season.

McKinney ended the game going 3-for-3 with a run scored, a double and a walk.  Estrada, Andujar, and Zehner accounted for the three other Thunder base hits.