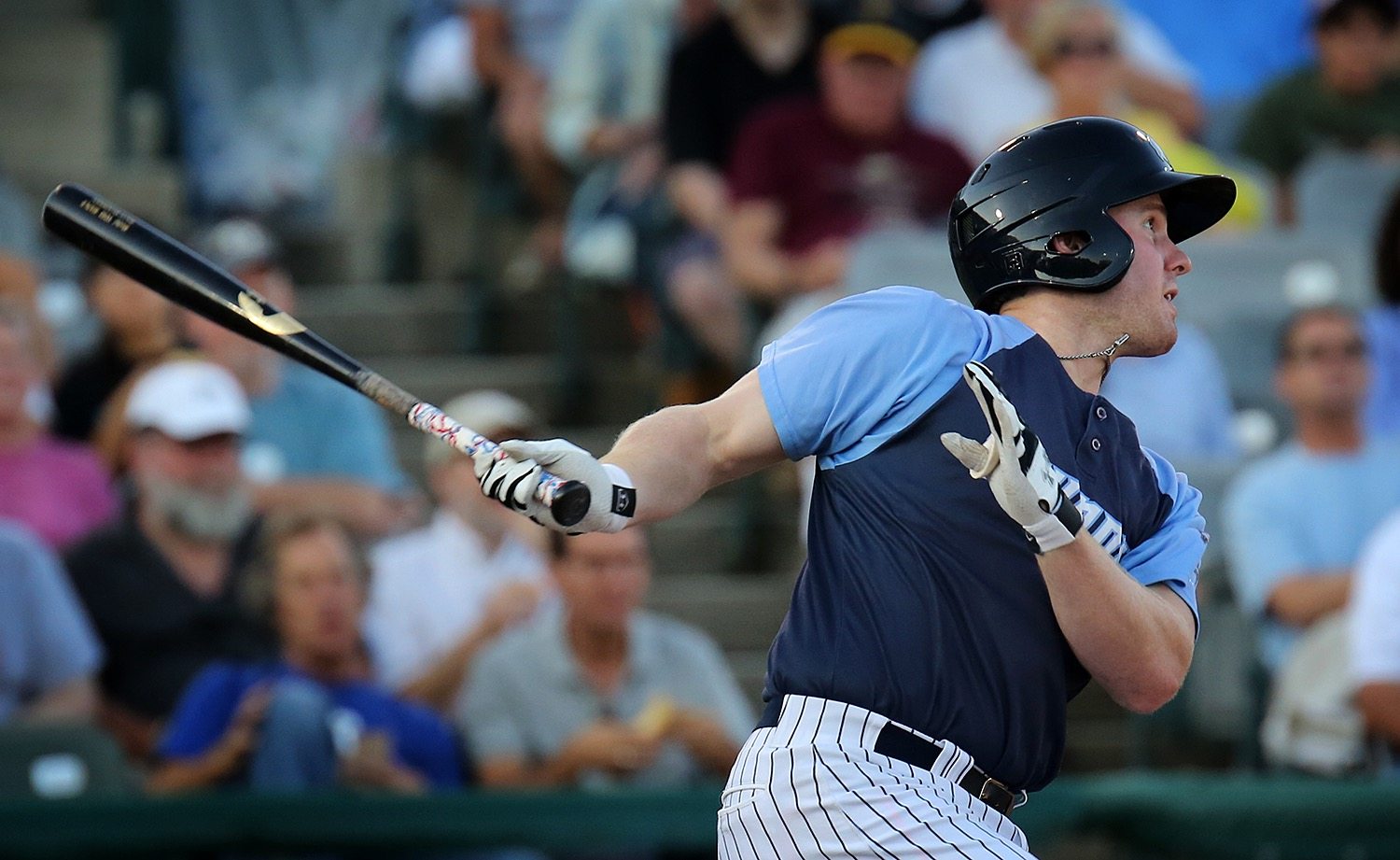 The first inning featured a pair of RBI singles from Billy McKinney and Mike Ford to stake Trenton to a 2-0 lead, scoring Tyler Wade and Dustin Fowler who each walked off Marquez to begin the night. Trenton added four more runs in the second inning, including another RBI single by McKinney to explode out of the gates for a 6-0 lead.

The Thunder offense collected nine hits- all singles – off Yard Goats pitching, but the offense was silenced over the middle part of the game by Marquez. The Thunder went without a hit from the third inning through the seventh as the righty settled into his outing, but it was too late as Trenton had supplied their pitching staff with a large enough lead.

The Reading Fightin Phils used seven (seven!) home runs in a 12-8 victory over Bowie, including a game-winning grand slam by Dylan Cozens with two outs in the bottom of the eighth inning to keep 4 games ahead of Trenton for first place in the East Division.

The Thunder pile on the bus Friday morning and hit the road west to Harrisburg to take on the Senators in the first of three games head-to-head. The game kicks-off a seven-game road trip to Harrisburg and Richmond, with Friday’s game set for a 7 p.m. first pitch. Pregame coverage begins at 6:45 p.m. on 91.3 FM or online at www.trentonthunder.com.