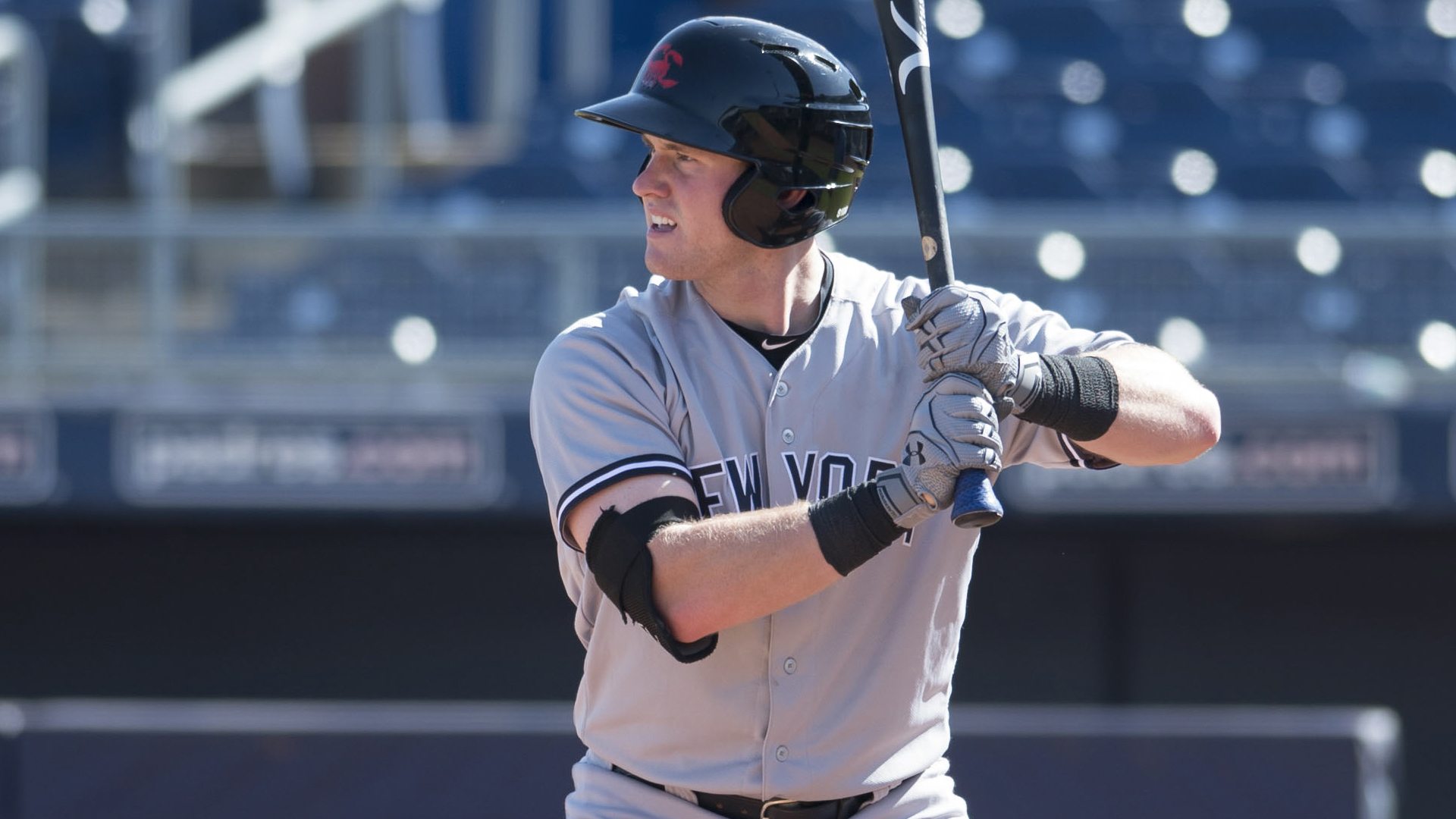 Scottsdale Scorpions first baseman Billy McKinney (53), of the New York Yankees organization, at bat during a game against the Peoria Javelinas on October 19, 2017 at Peoria Stadium in Peoria, Arizona. The Scorpions defeated the Javelinas 13-7. (Zachary Lucy/Four Seam Images via AP)

New York Yankees outfield/first base prospect Billy McKinney will be joining fellow Baby Bombers Justus Sheffield and Thairo Estrada at the 2017 Arizona Fall League Fall Stars Game after winning one of the two slots in the Fall Stars Final 2 Vote.

McKinney, 23, is hitting .310 through his first 11 games in the Arizona Fall League.  The left-handed hitting prospect has 13 hits, three of them doubles, one triple and one homerun.  He has driven in 18 runs and walked three times.

He has been working out at first base while in Arizona, a position he has not played regularly since high school.  In December he will be eligible for the annual Rule 5 draft if he is not protected by the Yankees.