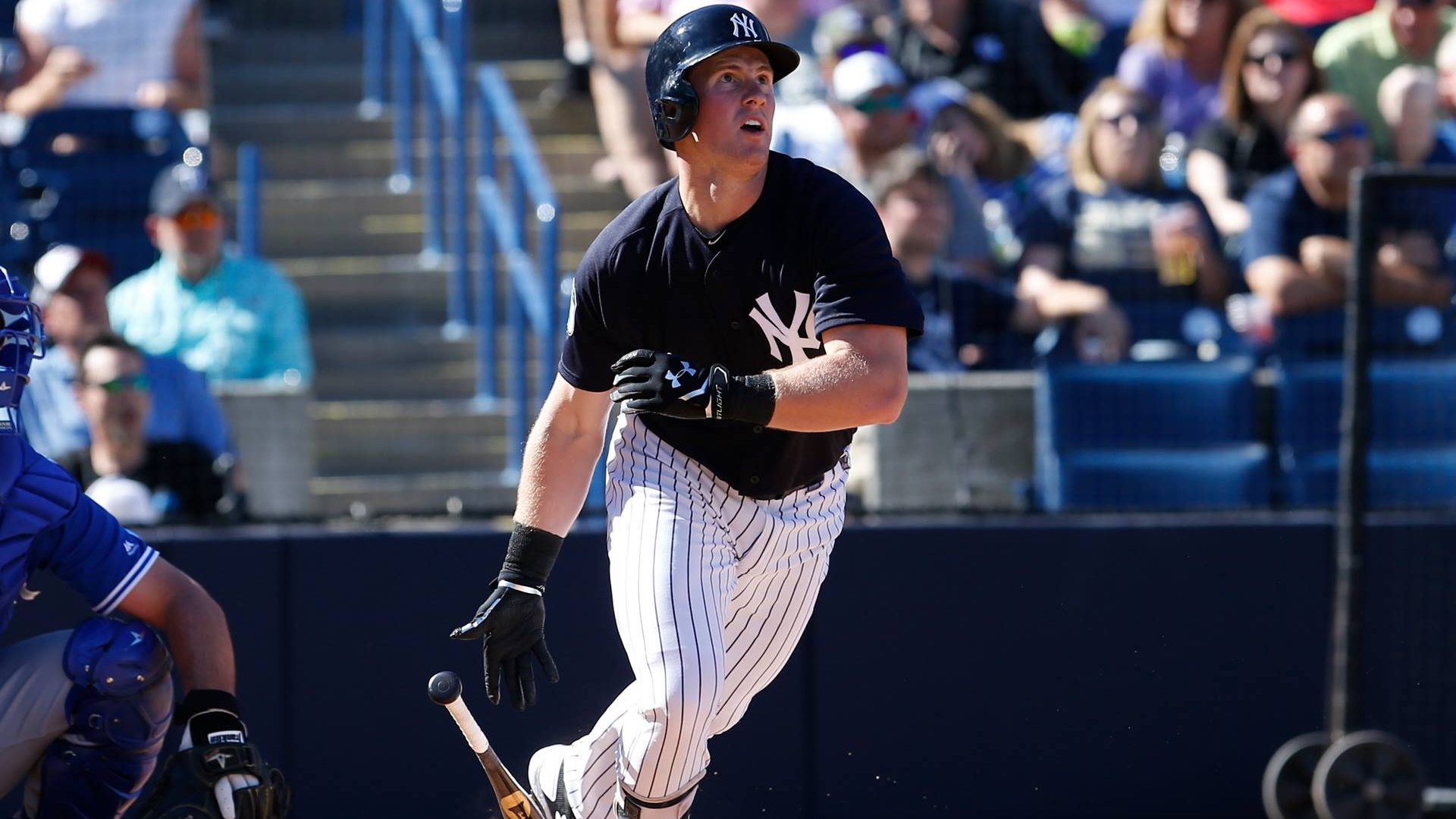 Billy McKinney went 3-for-4 with a double and hehomered for the second straight day in Scranton's win. (Photo by Mark LoMoglio/Yankees)

Billy McKinney seemingly regained a lot of his prospect stock with a strong 2017 season with the Trenton Thunder and Scranton/Wilkes-Barre Yankees.  The Outfielder will now have a new challenge ahead of him this offseason, first base.

Prior to the start of the season, McKinney went on a tear in Spring Training, impressing many when he hit .400/.400/.880 over 20 games for the Yankees.

He finds himself in a tight spot.  Even with trades, the Yankees have a logjam in the outfield with Jacoby Ellsbury, Clint Frazier, Brett Gardner, Aaron Hicks and Aaron Judge in the big leagues so adding versatility increases his value.

The Yankees must decide on whether they want to protect McKinney this offseason and the move to first base helps his case.  With that in mind, he will be spending time in the 2017 Instructional League doing just that before he heads out to Arizona to participate in the Arizona Fall League.