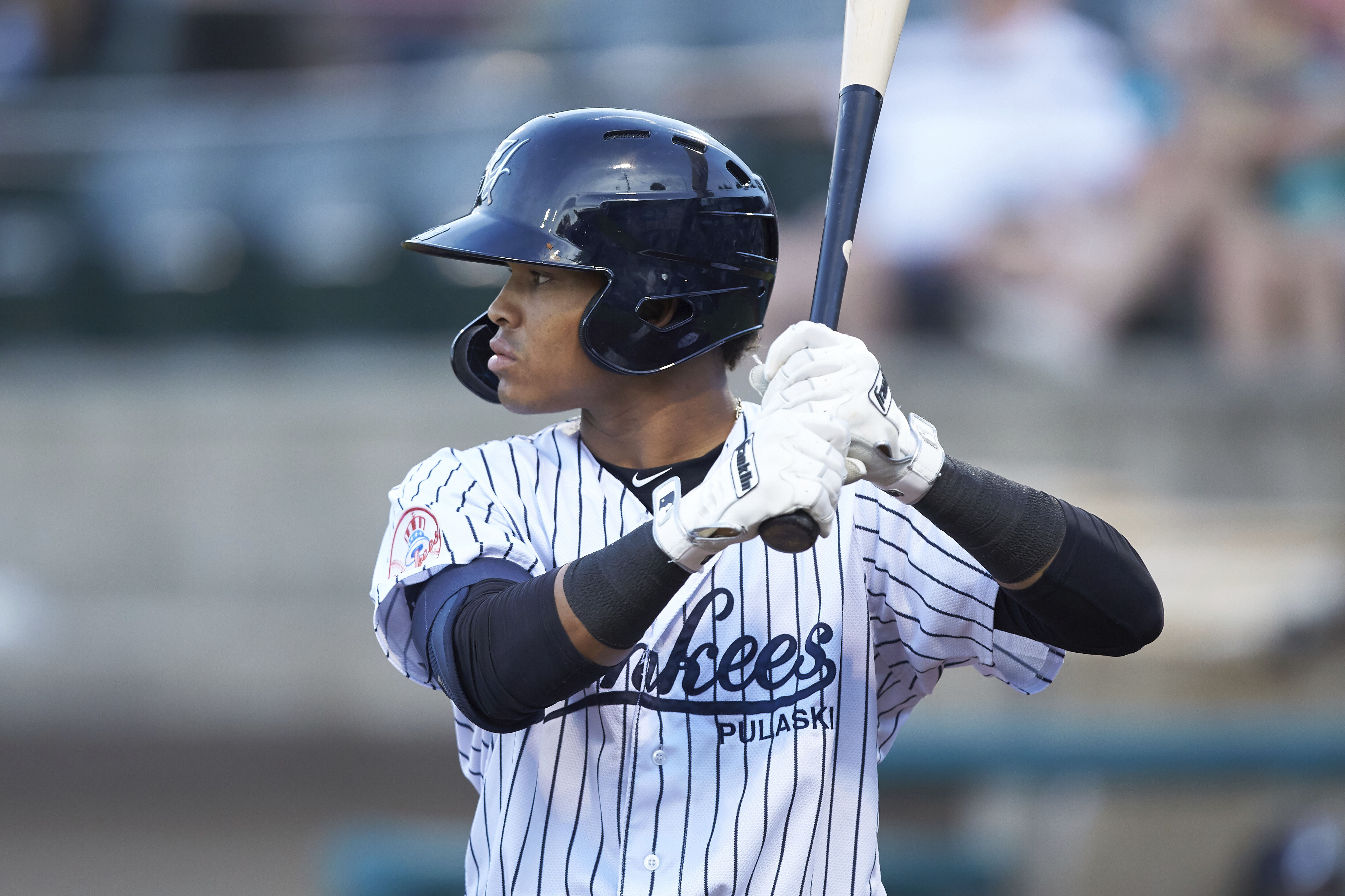 Madison Santos (58) of the Pulaski Yankees at bat against the Danville Braves at Calfee Park on June 30, 2019 in Pulaski, Virginia. The Braves defeated the Yankees 8-5 in 10 innings. (Brian Westerholt/Four Seam Images via AP)

At 5-foot-10, 165-pounds Madison Santos isn’t the most imposing figure and won’t hit the ball the farthest or the hardest. What he will do is draw an above-average number of walks, steal a lot of bases, go first to third on a routine single, and man the outfield with a stellar glove. Santos stands out on the diamond because he does the little things the right way.

The Montecristi, Dominican Republic native signed with the Yankees as an international free agent in 2018 at 18 years old. He played 43 games for the DSL Yankees in 2018, hitting .314 with 11 stolen bases and a team-leading nine triples. He spent 2019 with the rookie league Pulaski Yankees, where he struggled at the plate, hitting .203 and striking out in 27.5% of his at-bats.

Santos was promoted to Low-A Tampa in early August, finishing the 2021 season with a .279 average, four home runs, and 16 stolen bases in 37 games.

OF Madison Santos is a name every Yankees fan should remember. He has five above average tools and is tearing up the FCL so far, hitting .353 with seven stolen bases and a homer. 2018 IFA signing from the Dominican Republic. pic.twitter.com/yCaxKd03AQ

His swing pairs a quiet leg kick with quick hands and is direct to the ball. Santos’s impressive bat speed creates some power, though no more than around 8-12 home runs in a full season.

Santos uses his 70-grade speed (according to FanGraphs) to wreak havoc on the basepaths, going 18-for-22 on stolen base attempts in 2021. In one game, he stole second, third and home in one inning.

Defensively he has a strong glove, covers a lot of ground, and plays all three outfield positions.

As a 22-year-old who’s only played 22 games above rookie ball, Santos doesn’t have the most dazzling of resumes, but his speed and above-average defensive skills could be a valuable asset off the bench to any big league team, especially if he continues to develop his hit tool.