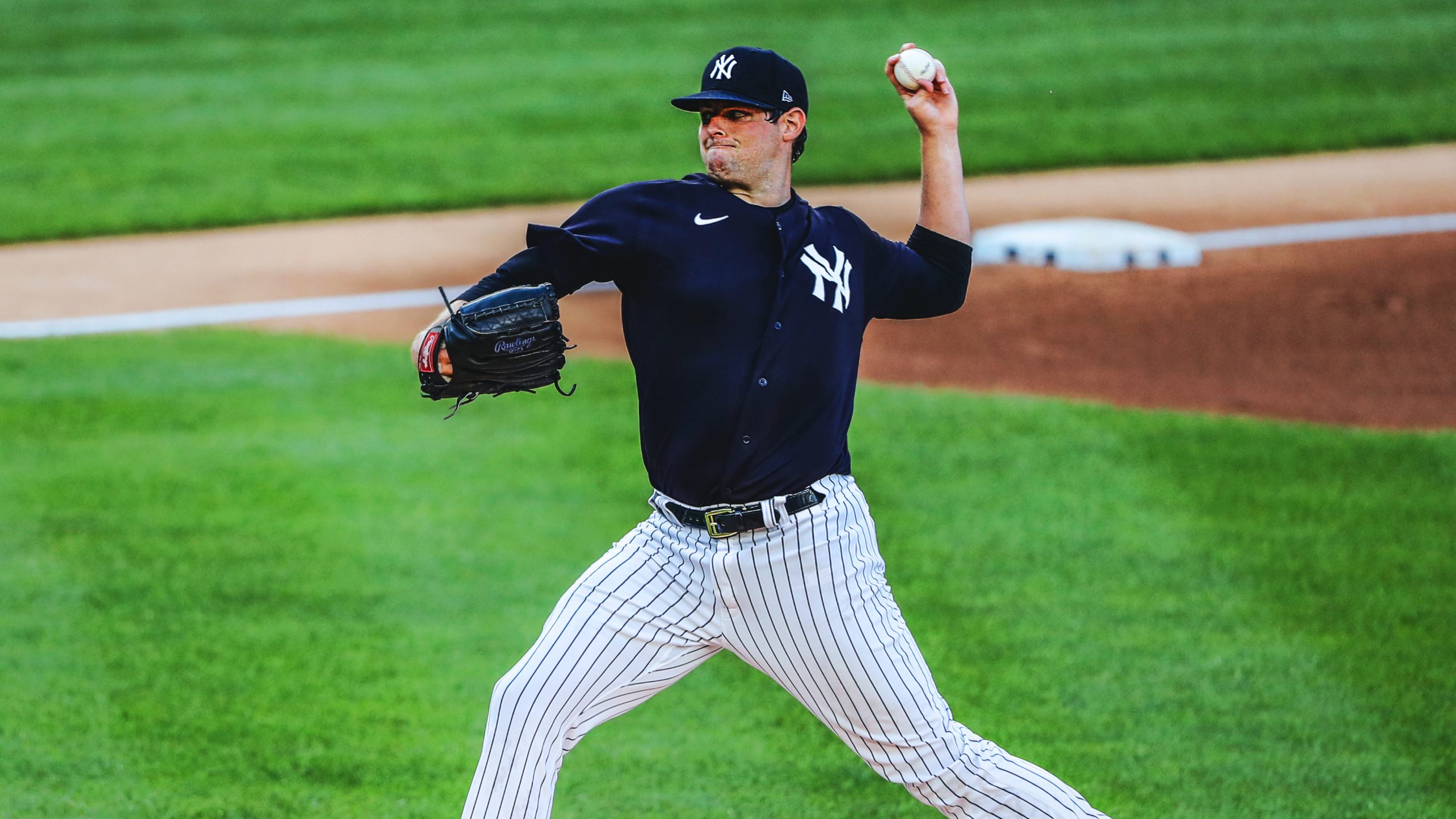 After securing the early lead off of a Clint Frazier Home Run, the Yankees would later surrender a run in the fifth and a five runs in the sixth, which would carry the Mets to a 6-4 win in game one of the scheduled doubleheader.

The Yankees have lost six games in a row after tonight’s game one loss.

Then in the bottom of the second, it was Clint Frazier again, this time with a two-run home run that once again also scored Luke Voit. The Yankees would take a 4-0 lead over the Mets.

In the top of the fifth inning, however, the Mets struck back on a wild pitch by Jordan Montgomery that scored Dominic Smith to bring the score to 4-1, Yankees.

In the top of the sixth, Pete Alonso homered for the Mets in the form of a three-run home run that would score J.D. Davis and Michael Conforto to tie the game at four a piece.

Dominick Smith then came up and homered to center field to give the Mets a 5-4 lead over the Yankees in the sixth.

Following Smith’s home run, Jake Marisnick would then homer on a line drive to left and the Mets would take a 6-4 lead over the Yankees.

The Mets would hold on to that lead and go on to defeat the Yankees 6-4 in game one of the doubleheader.

Tonight, Estevan Florial made his MLB Debut with the Yankees at Yankee Stadium. During his outing he also collected his first Major League hit. Congratulations to Estevan Florial!

Aaron Boone met with the media following game one tonight. He stated that he felt Montgomery had a really good outing, with only one inning of struggle, but other than that looked good.

Boone spoke on Chad Green’s rough outing, stating that Alonso made a good adjustment in the at-bat, but when Green didn’t land some breaking balls, he cheated and sold out on the fastball, got it where he wanted it, but Alonso (and Smith as well) made a great swing to get a hold of it. Boone stated, however, that he made a mistake on the breaking ball to Marisnick.

Boone reiterated that these outings are going to happen to guys over the course of the season, even to Green.

Speaking on losing six straight, Boone stated that the Yankees have to find a way to bounce back, stating that they’ve had some great starting outings, but haven’t been able to finish off the wins. Boones stating they have to prepare for the next game, focus on it, and get back out there and get back on track.

Jordan Montgomery met with the media following his game one outing tonight. Montgomery stating that he felt good and was happy with how he threw the ball tonight, stating that he filled the zone up, changed speeds, and found a good rhythm. He stated he was able to be effective as he was aggressive, and attacked the zone.

In talking about staying ready through the inconsistency of this season’s schedule, the start and stop, and the difficulty of staying effective, Montgomery stated it’s hard, but his thought process on the mound is to compete and try his best.

The Yankees had the lead for most of game two tonight. However, the Mets struck in a big way in the seventh off the bat of Amed Rosario to take a walk-off win over the Yankees at Yankee Stadium. Hughes (1-1) got the win for the Mets, Chapman (0-1) took the loss for the Yankees.

The Yankees have now lost seven games in a row after getting swept in tonight’s doubleheader.

In the bottom of the first, Dominic Smith singled and scored Michael Conforto to give the Mets the early 1-0 lead over the Yankees.

However, in the top of the third, the Yankees struck back on an Erik Kratz single that scored Jordy Mercer to tie the game at 1-1. That was followed by a single by Aaron Hicks that scored Thairo Estrada and the Yankees took a 2-1 lead over the Mets.

Later in the inning, Gary Sanchez walked, which scored Erik Kratz. The Yankees would take a 3-1 lead over the Mets in the third.

In the bottom of the fifth, the Mets struck back on a double by Brandon Nimmo that scored Luis Guillorme. The Mets would bring the game within a run at 3-2 Yankees.

Then in the bottom of the seventh, Amed Rosario launched a two-run walk-off home run to left field that scored Billy Hamilton as the Mets defeated the Yankees to sweep the doubleheader. The Yankees would be forced to watch the Mets celebrate a walk-off at Yankee Stadium as the Mets were playing as the home team in game two since it was a makeup from one of the Citi Field games that were cancelled.

Aaron Boone met with the media following game two of tonight’s doubleheader. Boone stating that he felt good about getting the ball to (Aroldis) Chapman in the seventh, but that now the Yankees need to turn the page quick and try to get back on track tomorrow. Boone stating that the Yankees are enduring a tough stretch right now. He said he was happy with Jonathan Loaisiga’s performance, as well as Luis Cessa and Nick Nelson to hold the Mets, stating that Chapman hasn’t been able to get in his regular work with being out for COVID and then games getting cancelled. Boone stating hopefully Chapman can get going soon.

Boone stated that they won’t talk to the team as a whole, but that they’ll talk to guys on the team, most likely individually and try to get them ready to go for tomorrow’s game.

Speaking on Gary Sanchez’s continued struggles, Boone stated that he’s struggling with pitch recognition and that his timing is a bit off, he’s not recognizing the ball well enough early to make quality swing decisions. Boone stating the Yankees need to get Sanchez going and rolling as he’s an important guy for the Yankees and that his timing is off right now at the plate.

Clint Frazier, who had a great game one, spoke with the media following tonight’s game.

Frazier, who had a great game one, going two-for-two with three RBI and two runs, stated that personally, he’s been getting quality at bats and hitting the ball hard. Frazier stating that he felt really good in game one.

Speaking on the starting and stopping of the season this year, Frazier stated that baseball is hard and that players are really good. He said that they went almost a week without playing, then had an off-day, followed by a rain delay, and that it has been a lot of stuff piling on all at once for the Yankees, who Frazier stated the last couple games, things have happened late to take the win out of the Yankees’ hand.

Frazier also touched on watching the Mets celebrating a walk-off win at Yankee Stadium, stating it was not fun. Frazier said they all just kind of sat there and watch it, stunned because they didn’t expect it to happen. Frazier stating it was not fun, and that hopefully the Yankees can get back on track tomorrow and get back in the win column over the next three games.

Adam Ottavino met with the media following game two. He was asked how the Yankees get back on track. Ottavino stated it starts with focusing on tomorrow’s game. Ottavino stating that this is one of the worst streaks the he can remember being a part of, but just have to get back on track. He stated they believe in each other, and that it’ll start small, but hopefully they can get a streak going in the other direction and make it a snow-ball effect.

Speaking on the relievers struggling to find consistency right now, Ottavino stated it’s hard when you’re coming off of having so much time off. Aroldis Chapman hasn’t thrown in 11-days. However, Ottavino stated that Chapman is a hall-of-fame pitcher and will bounce back.

Speaking on the challenge of playing five games in three days, Ottavino stated as far as pitching goes, you have to find someone to start all five games, so you have to figure that out without blowing your starters in one weekend. Ottavino also stating that it puts pressure on guys like Luke Voit to play a lot. Ottavino describing this stretch as something that is unique and not something that you’re ever going to have to go through outside of a season like this.

The Yankees and Mets continue their series tomorrow with just one single game at 1:05 PM at Yankee Stadium. They will play a doubleheader Sunday, beginning at 1:05 PM.