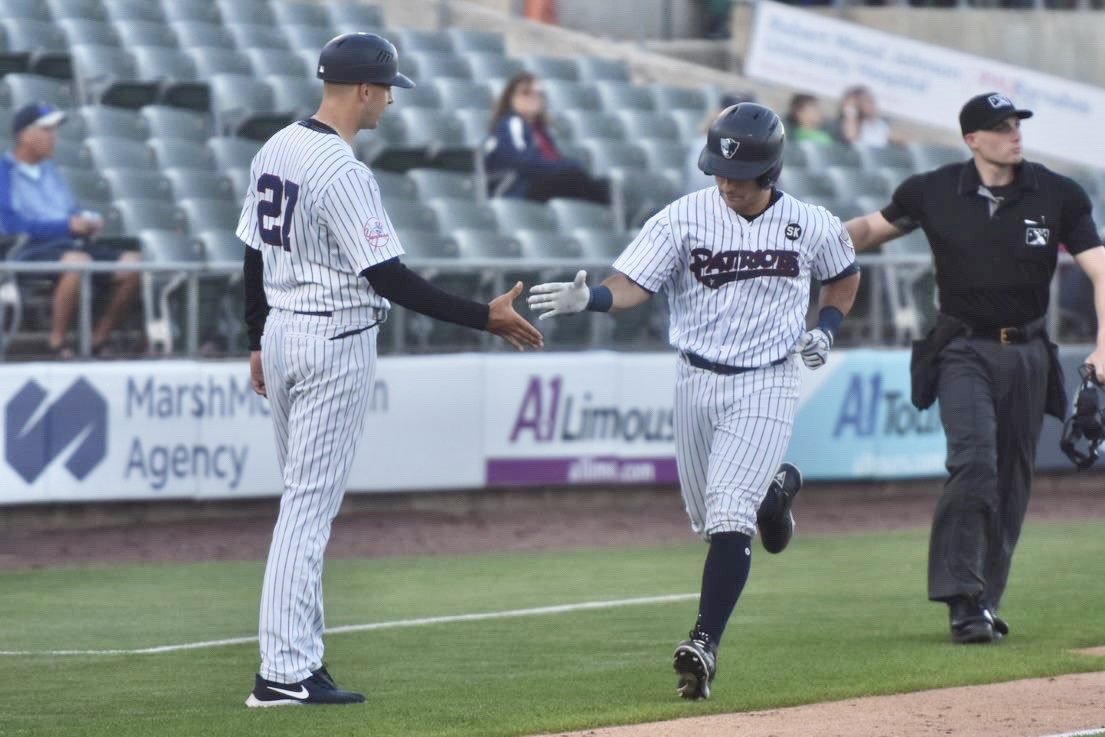 Mickey Gasper is congratulated by Dan Fiorito while rounding third base after homering against Akron on Thursday. Photo by Chris Jones

If you heard roaring cheers coming from section 205 at TD Bank Ballpark on Thursday night, that was most definitely the sound of the Gasper family cheering on their son, Mickey. It was his first career two-homer game that helped propel Somerset to a 4-3 victory over Akron in game three of their six-game slate with the RubberDucks this week.

“There’s nothing like it,” admitted Gasper. “My dad and my mom, they mean the world to me. My sister wasn’t here tonight, she’s on a business trip, but there’s nothing quite like playing in front of my parents and just getting to see them when I look up in the stands.”

Gasper had business of his own to handle Thursday; he opened the scoring in the second with a solo shot to left field off of highly touted Guardians prospect Logan Allen, to put Somerset ahead early, 1-0. After Akron plated two runs in the fourth to take a 2-1 advantage, Gasper would answer right back with another homer off of Allen, this one a two-run blast to left center, to put the Patriots back in the lead, 3-2.

“We knew that Logan Allen had a really good fastball,” said Gasper. “I was just trying to really focus in on the release to see if I can pick up right away how that ball was spinning out of his hand. ” 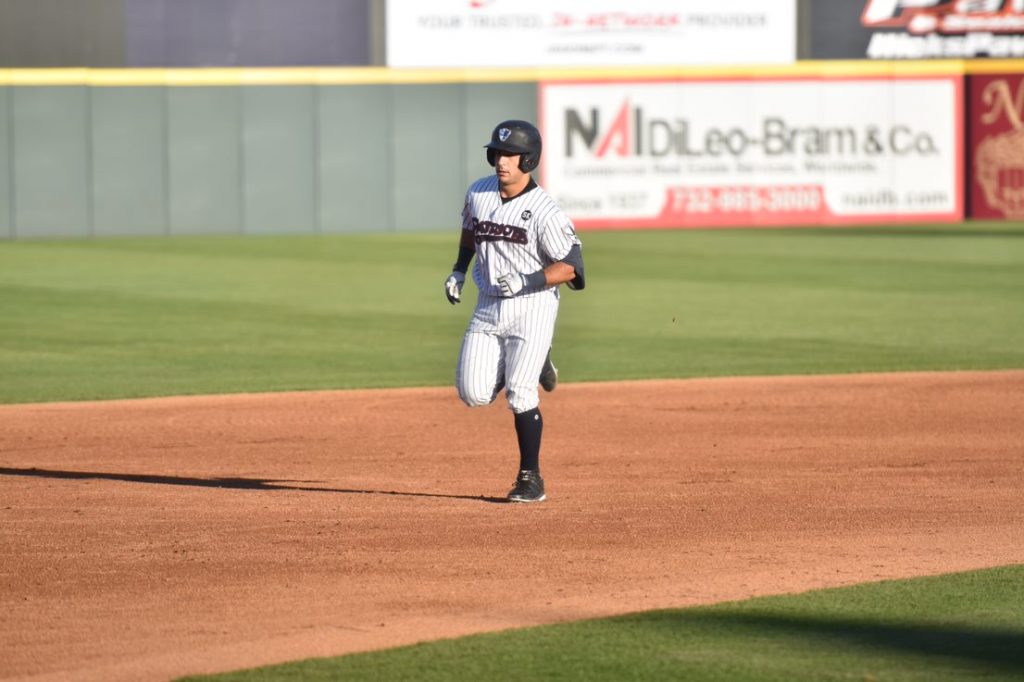 Mickey Gasper rounds the bases after homering against Akron on Thursday. Photo by Chris Jones

Gasper added,” First at-bat, swung at the first one and missed it. Then he went soft on me, and I had already seen the fastball, so I was ready for it. Same thing, I was kind of in a two-strike mode to start off my next at-bat. I knew that he was going to pitch me tough, and I was fortunate enough to get a fastball that I could handle.”

Later in the game, Gasper would draw a leadoff walk in the seventh and eventually scored the deciding run after coming around to score on an RBI single by Oliver Dunn. The big night for the catcher/first baseman raised his season slash line to .308/.438/.519 with three homers and eight RBI in just 52 at-bats spanning 16 games. Now finally healthy and hunting for more playing time, Gasper is finding his way into the lineup more recently by being able to showcase his ability to play first base – something he had not done since very early in his career in 2019.

“That’s what everybody is hunting for,” said Gasper. “Just the chance to get out there and play. There’s nothing quite like getting the chance to step out on the field every night. You start to get in a rhythm and start to feel comfortable and I just got to keep working hard and keeping finding ways to help the team win.”

“It’s definitely a tougher position for me looking the wrong way for me, as I say it,” Gasper joked about adapting to first base. “Coach Fiorito is working hard with me, and I got a good group of guys in Burt, Volpe, Bastidas and Dunn, who are always wanting to take ground balls and throw them over to me.”