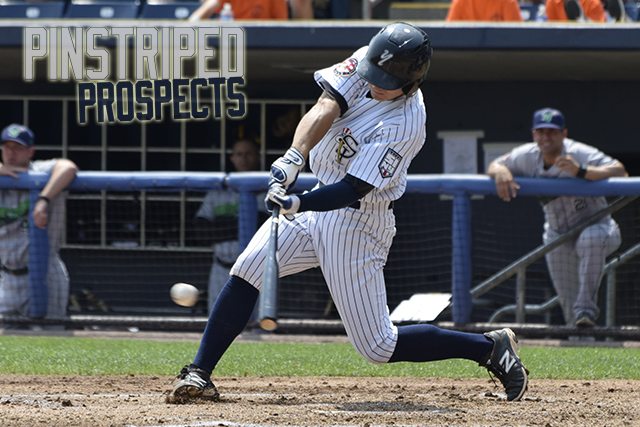 PRINCETON, W.Va. – There is little doubt the 2015 Pulaski Yankees are a special group.

After rampaging through the regular season, leaving the Princeton Rays, who stayed with them in the Appalachian League East before being left in the dust, had a buzzsaw waiting for Pulaski in Thursday night’s Semifinal opener at Hunnicutt Field.

Riding a six-run bottom of the fourth, the Rays went into the top of eighth with a rather comfortable 8-4 lead. Then Pulaski unleashed a comeback, stealing the best-of-three playoff opener with a 9-8 win in 10 innings before 569 fans.

Nathan Mikolas, who was clutch all season for the Yankees, blasted a grand-slam homer in the top of the eighth inning to tie matters at 8-8. And while Willie Gabay, who earned the win, and Andrew Schwaab, who recorded the save, pitched three scoreless innings of relief, the Yankees pushed across a run in the top of the 10th to take 1-0 lead in the series.

Pulaski manager Tony Franklin is an old hand at this, taking a team into the playoffs for the sixth time in nine seasons.

The Yankees return to Calfee Park at 7 p.m. Friday with a chance to close out the Rays. If Game 3 is needed, it will be played at 7 p.m. Saturday at Calfee Park.