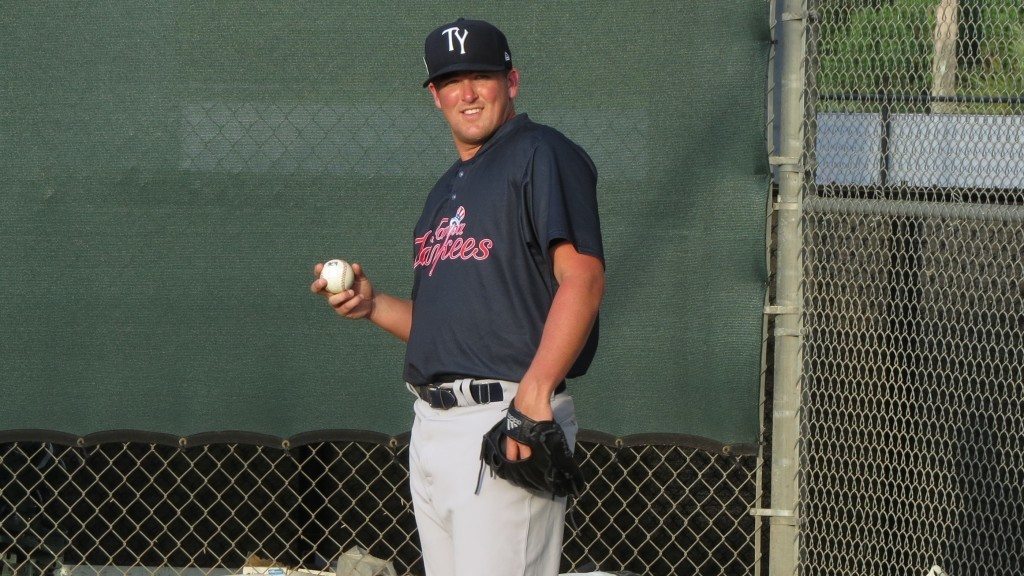 During the first few weeks of Spring Training, when several minor-leaguers are seeing time with the Yankees, the Working Group rosters are, shall we say, interesting.

Each affiliate’s roster. as the snow falls, takes on the look of one of these Tampa Working Groups.

“The guys you see playing at this level in March, they are not who you will see in April,” said Pulaski manager Tony Franklin, who spent eight seasons piloting the Trenton Thunder. “It is, however, a chance for us to get a look at some players and evaluate their tools.”

So, if you look at the affiliates’ rosters while you are showed in this weekend, you will see players listed with a certain team they may get to in the future.

For example, on the Triple-A Scranton/Wilkes-Barre roster are right-hander Jonathan Holder and left-hander Chaz Hebert. Don’t expect them to start with the RailRiders, though both may may it there sometime in 2016, they will likely start at Double-A Trenton.

When players such as first baseman Greg Bird and right-hander Luis Cessa get sent down prior to Opening Day, Holder and Hebert will fly north with Bobby Mitchell’s Trenton group.

It can work the other way as well. Third baseman Donovan Solano, who has played in 361 major-league games, and hit .257 and can steal a base is on the Trenton roster. Chances are the Yankees want to see what he can do in both minor and major Grapefruit League play, or he is just parked there as the snow falls.

Interestingly, someone asked us who could play second base at Trenton in 2016. With the trade of Tony Renda and release of Angelo Gumbs, there was no depth. Jose Rosario is certainly capable of playing there. Billy Fleming can in a pinch, though he will likely, with the trade of Eric Jagielo, split Thunder duties at first base with Matt Snyder.

Another curious present member of the Thunder roster is outfielder Juan Silva, who has Triple-A experience and flamed-out in the Cincinnati system. Veteran minor-league catcher Sebastian Valle is also on the Thunder roster.

The Class-A Tampa roster is pretty much as it may actually end up, though the feeling is outfielder Dustin Fowler will likely start the season at Trenton. The same with the Class-A Charleston roster, though outfielder Devyn Bolasky actually played a pair of games with Trenton in 2015.

So, if you want to take a trip to Spring Training in about six weeks, and you plan to watch the minor-leaguers play at the Himes Complex in Tampa – admission is free – there will be teams playing on a couple of fields. However, these teams are not really years, but the Scranton Working Group, Trenton Working Group, and so in.

Perhaps five or six will be playing with the level of Working Group that matches their April assignment. It would not be surprising of Jorge Mateo sees a lot of time with the Scranton or Trenton Working Group, but ends up starting the season in Tampa and earning a promotion to Trenton at mid-season.

So, during this weekend, if you are snowed in, take a look at all the Yankees affiliates rosters. You will get something of an idea where the players will end up, but these winter rosters bear no resemblance to what you will see in April.