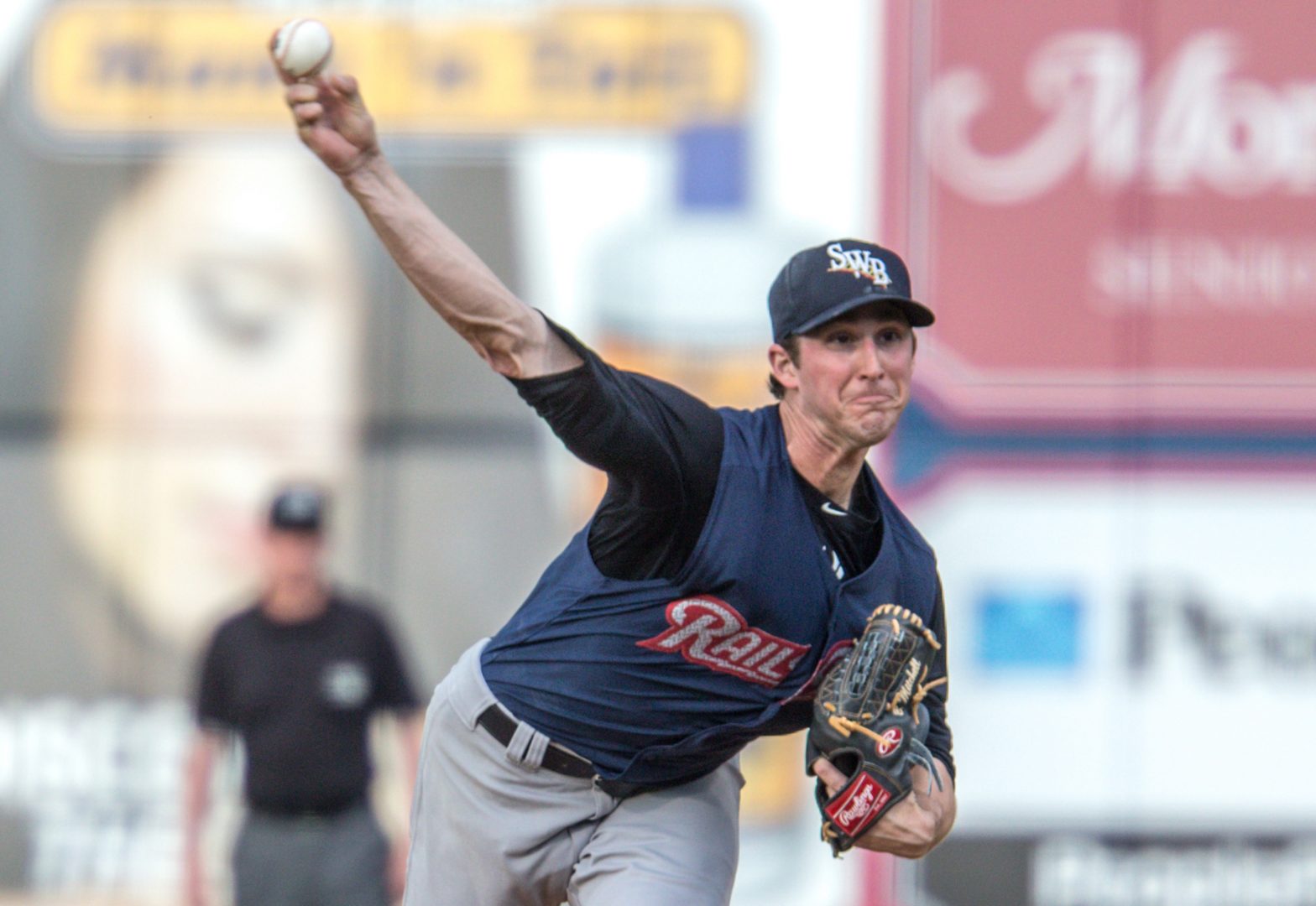 Wednesday night was not the night to come to the ball park if you are looking for an air show. Instead what you would get is a dominant performance from Bryan Mitchell and a 3-1 RailRiders victory over Buffalo.

Mitchell pitched for the first time in 10 days after being sent down from the Yankees. He went seven strong innings, allowing one run, on five hits, while striking out three. He allowed just one ball out of the infield. He threw a season high 85 pitches, 60 of which were for strikes. Mitchell improved to 2-2 with a 3.60 ERA.

“He was on from inning number one. His pitch count was low for about the first three or four innings.”, said manager Al Pedrique. ”He had a good live fastball down in the zone. He threw a few good breaking balls and mixed up some nice change ups in fastball counts. He kept their offense off balance all night long.”

The RailRiders took an early lead in the second thanks to an RBI single to right field by Mark Payton. The Bisons then knotted the score at one on a single by Rowdy Tellez in the fourth.

In the bottom half of that inning Billy McKinney hit a two run home run into the lawn in right field off of Buffalo starter T.J. House to give Scranton/Wilkes-Barre their eventual winning runs. It was McKinney’s third home run at Triple-A.

“I am just trying to see the ball, get a good pitch and put a good swing on it. I am not trying to do too much.”, said McKinney. “My teammates have been really helping me out just talking about approach and what to do against certain guys because they have seen them before. I am just trying to take it all in and learn, and get better every day.”

The Bisons had just six hits and did not really have many real opportunities to score, except for in the ninth inning. In the top of the ninth the go-ahead run came to the plate after an error by Cito Culver at short stop. Culver played himself into a tough hop and could not get enough on the throw to first. Crisis was adverted as Tyler Jones struck out Dwight Smith Jr. to notch his second save of the season.

Culver and the defense had some kind of night despite his one misplay. In the third inning a ball was hit up the middle and Donovan Solano fielded it, tossed it to Culver, who then threw a strike to Mike Ford at first to get the out.

“We had another opportunity to do that earlier in the year and he made the play himself.”, said Culver. “I kind of yelled at him jokingly telling him to flip the ball to me because I want to make the throw.”

With their fourth consecutive victory, and an Iron Pigs loss, the RailRiders have now jumped Lehigh Valley and have taken sole possession of first place.