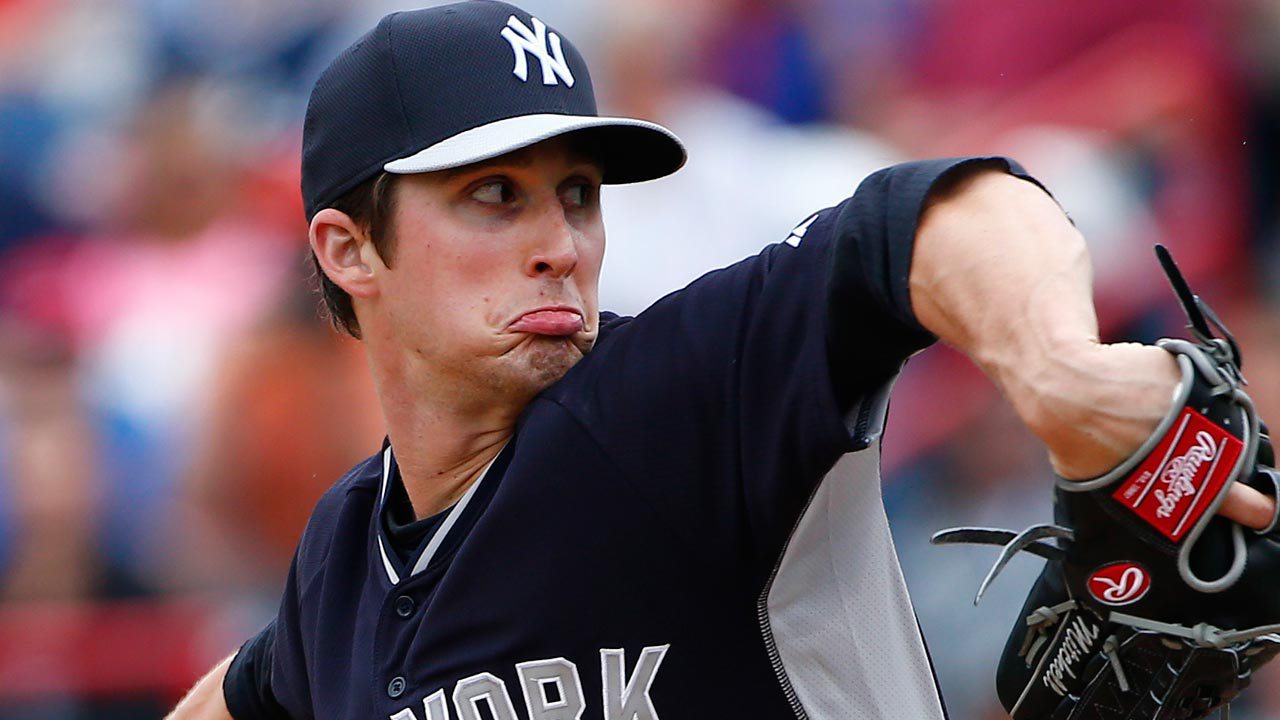 Moosic, Pa. – The Scranton/Wilkes-Barre RailRiders (Triple-A/New York Yankees) survived both Mother Nature and the Gwinnett Braves to pick up a 5-3 victory on Wednesday afternoon at PNC Field. The teams waited through a 54-minute rain delay before taking the field. The win evened the three-game series and pushed the RailRiders (13-14) to within a game of .500. The G-Braves slid to 12-14.

Bryan Mitchell (2-2) earned the win by holding Gwinnett to a run on four hits across six innings. He issued two walks and struck out a pair. Chien-Ming Wang (0-3) absorbed the loss after allowing five runs, four earned, on six hits over six innings. He walked four and fanned four. Jose Ramirez notched his fourth save by limiting the G-Braves to a run on two hits in the ninth.

Eddy Rodriguez set the table for SWB to open the scoring in the third. The backstop doubled on a grounder inside third and moved to third on a passed ball. With the infield in, Slade Heathcott punched a grounder past second baseman Jose Peraza to score Rodriguez for a 1-0 lead.

The RailRiders poured on the pressure against Wang in the fourth. The right-hander dispensed a pair of walks to being the stanza. Ben Gamel hit into a force at second, but Kyle Roller advanced to third. Jonathan Galvez singled in Roller and Noonan recorded a hit to load the bases. Rodriguez launched a sac-fly to right that brought in Gamel for a 3-0 lead. Heathcott and Ramon Flores followed with consecutive run-scoring hits to open up a 5-0 advantage before Wang escaped the inning.

Gwinnett mounted a comeback over the final four frames. Eury Perez singled and stole second in the sixth and scored on a pair of grounders to break-up Mitchell’s shutout bid. Todd Cunningham sliced the deficit to three by driving in Mycal Jones with a hit in the eighth.

Elmer Reyes and Barrett Kleinknecht began the ninth with back-to-back hits off Ramirez. A wild pitch advanced the two into scoring position, but Ramirez yielded one run, a sacrifice fly to center by Matt Kennelly, the rest of the way.

Rob Refsnyder extended his Triple-A career-long hitting streak to 10 games thanks to a single in the seventh.

The RailRiders look to win the series against the Gwinnett Braves (Atlanta Braves) on Thursday night. A starting pitcher for SWB has not been announced. The Braves will send RHP Sugar Ray Marimon (1-0, 0.69) to the mound. First pitch is set for 6:35 p.m. For more information please call (570) 969-BALL (2255) or visit swbrailriders.com.