Mitchell Molds Thunder into a Winner 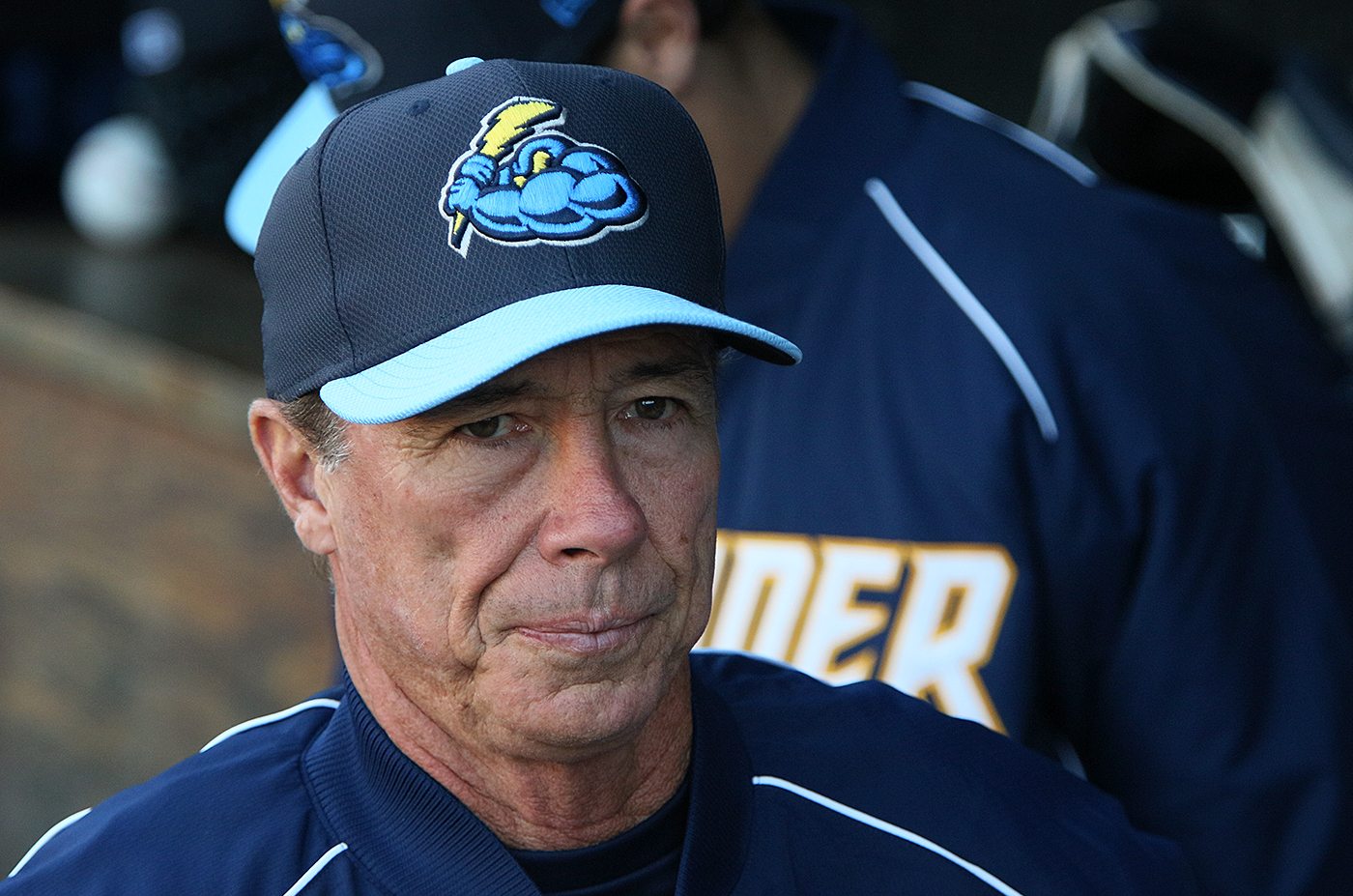 TRENTON, NJ – The Trenton Thunder return home Friday night, coming off a 5-2 road trip to Binghamton and Norwich (Hartford’s present base) and a record of 31-21.

Prior to the 2016 season, many wondered if the Thunder, without a real power threat in the always-tough Eastern League, would see .500, let alone 10 games above,  just a few games out of first place in the EL East,

The Thunder’s team batting average is .246, which is ninth in the Double-A circuit, their OPS .679, also ninth. But the team is one of the tougher in its league foe two reasons – pitching and manager Bobby Mitchell. The Trenton staff is second in the EL with a 3.13 ERA and leads the loop in strikeouts with 452.

“Our pitching has really carried us,” said the 60-year-old Mitchell. “We knew in the spring we had some good arms, and they have performed so far this season.

“Another key is this such a hard-working, resilient group. Nothing really gets to them, They just want to get better, and our chemistry is something special.”

Walk into the Thunder clubhouse and you will find an upbeat bunch. The list of rules may not be all that long, the emphasis is on approaching the game with professionalism. Play like you are in the major leagues as you learn at Double-A.

That approach sounds a lot like the successful one Tony Franklin, who now manages at Short-Season Pulaski, took during his eight-season tenure that ended in 2004 – act professionally and set a good example.

Really it’s no surprise with Mitchell in the Thunder manager’s chair.

“I know Tony, and we talked a lot about Trenton in Spring Training,” said Mitchell, who spent four years in the majors as an outfielder with the Los Angeles Dodgers and Minnesota Twins. “I got some good advice, Tony told me this is a great place to be and he was certainly right.”

Shortstop Tyler Wade, who has had a solid season in the leadoff spot for the club. batting .261 (49-for-188) is enjoying the atmosphere.

“Bobby has just been great to play for,” said Wade. “He emphasizes the positive and what we can do to win games. It’s been fun so far.”

Mitchell loves to talk baseball, mix his stories with those of a veteran reporter, and laugh at some of the zany things that have happened over the years in the sometimes bizarre world of baseball. He enjoys his job, and the process of developing players.

“When our guys (like outfielder Jake Cave) go up (to Triple-A Scranton/Wilkes-Barre) and perform well, we’re certainly happy for them,” he said. :That’s what it’s all about.”

Mitchell and his team, with their strong start, have done their job. Now they are about to get a boost in talent. Right-hander Vicente Campos made his Double-A debut Thursday, pitching a strong 5.1 innings vs. Hartford in Norwich. He joins a talented rotation that includes lefties Dietrich Enns and Jordan Montgomery and righties Ronald Herrera and Eric Ruth.

The Thunder have also started to receive an offensive boost, with outfielder Mark Payton and infielder Billy Fleming having already arrived from Tampa. Soon, infielders Jorge Mateo and Miguel Andujar will likely walk into the Thunder clubhouse.

“We’ll see what happens with those guys,” said Mitchell. “All I know is the guys in that clubhouse have done well.”

So has the guy in the manager’s office.