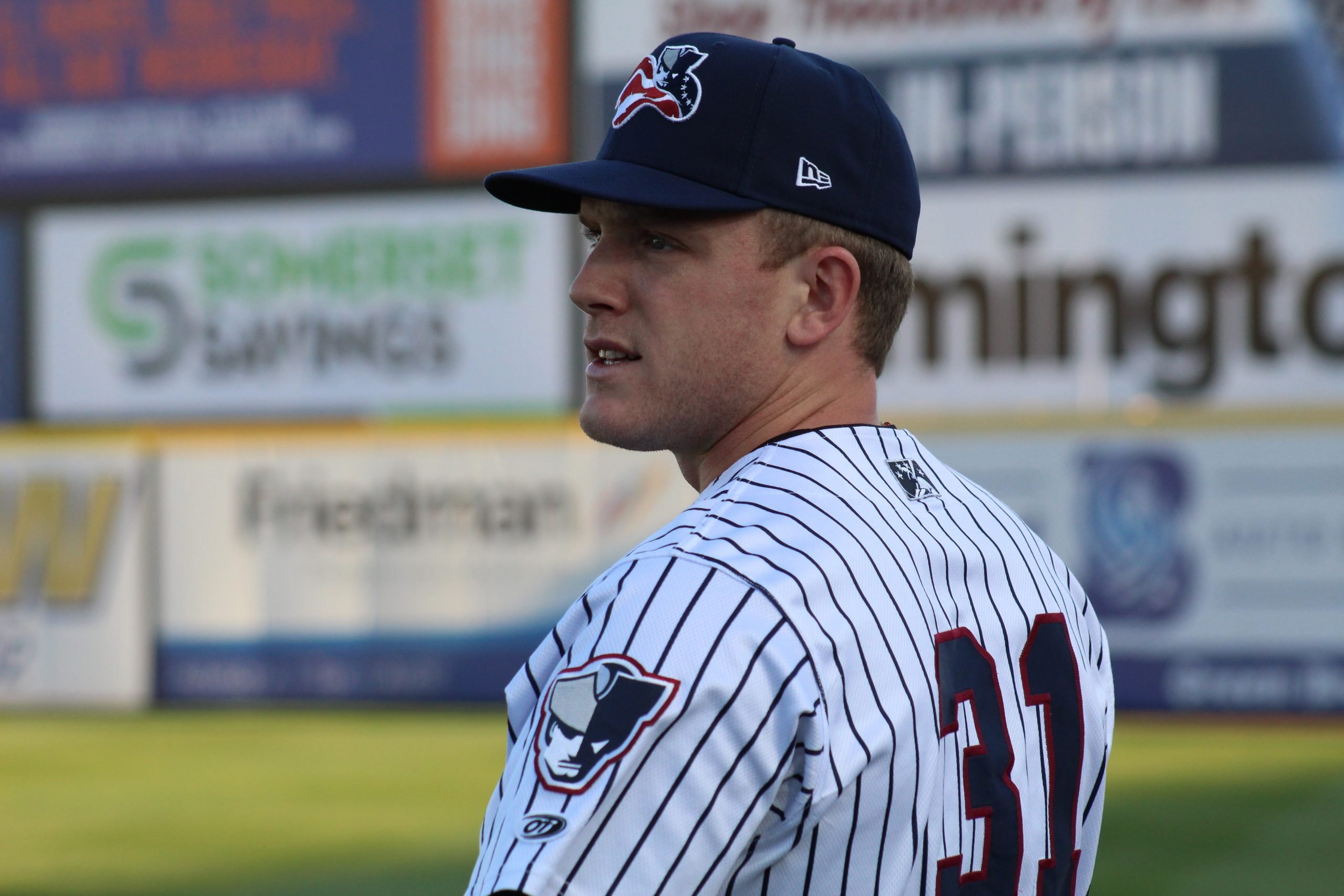 While the Yankees continue to try and wrap up an American League Eastern division title, they await reinforcements for the impending postseason run in just a few short weeks. Two pieces to that eventual puzzle are likely to include reliever Aroldis Chapman and outfielder Harrison Bader. Both players continued their rehab assignments with the Patriots at TD Bank Ballpark on Tuesday night against Portland after joining the team this past weekend on the road in Hartford.

Bader was acquired by the Bombers at the August 2nd trade deadline from St. Louis in the deal that sent southpaw Jordan Montgomery over to the Cardinals. At the time of the move, Bader had been out of action on the IL since June 27 while dealing with plantar fasciitis. The 28-year-old New York-native had been slashing .256/.303/.673 with five homers and 21 RBI before the injury. For Bader, his calling card is his defense and that is a central reason why the Yankees pulled the trigger on this trade – they are hoping to have him return before the month is out to patrol and stabilize their scuffling center fielder situation just in time for the playoffs. 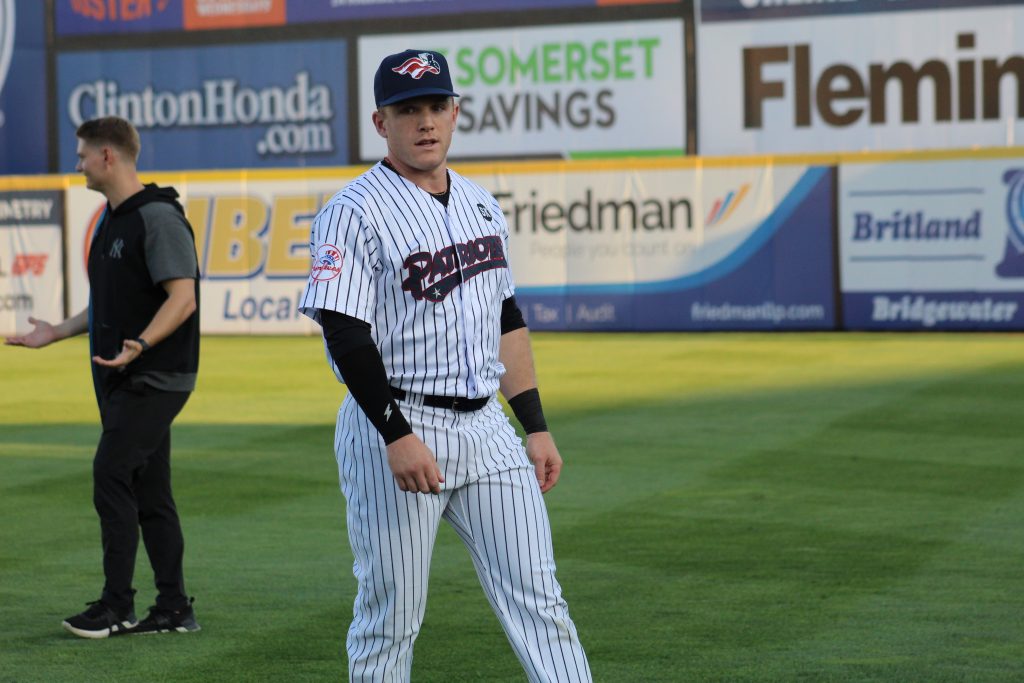 After making his organizational debut on Sunday, going 1-for-3 with an RBI and a walk, Bader went 0-for-3 with two strikeouts on Tuesday night before being pulled for a pinch-hitter in the seventh.

“We’ve got a great team,” said Bader on joining the Yankees in a session with the media on Tuesday. “Competing for a World Series – that’s all you can ask for in these trades. To be with such an incredible organization such as the Yankees, with so much history, it’s an honor. I know the Yankees did their homework on me and my game and I’m just focused every single second on getting back and being a weapon for this team to help them win in October.”

Chapman is making his second stop with Somerset this season after spending time with the team in late-July on his way back from an Achillies injury. This time around, the Yankees once-heralded closer is making his way back from an infection in his leg, reportedly as a result from getting tattoo work done. After striking out three and walking one in a clean inning against Hartford on Sunday, Chapman tossed 21 pitches, 14 for strikes, while punching out two batters in a scoreless fifth inning against Portland on Tuesday night.

Injured reliever Stephen Ridings is working his way back to the mound and is also hoping to figure into the Yankees postseason plans after missing the entirety of this season thus far. The 27-year-old righty threw a simulated game in Somerset on Tuesday and addressed the media following that action. Ridings revealed that he had been dealing with a serious shoulder injury similar to thoracic outlet syndrome and expects to pitch for the Patriots this coming Saturday.

Stephen Ridings: "I'm not even sure how to describe it, honestly. I guess the way you would treat (my injury) is similar to thoracic outlet. I don't necessarily have it. But they found some of the nerves that run through a couple muscles in my neck aren't in the right spot."

Yankees injured right-hander Albert Abreu was also in Bridgewater on Tuesday afternoon and tossed a bullpen session. This could signal that reliever is close to returning to game action after the Bombers put him on the 15-day IL on August 21 with right elbow inflammation.