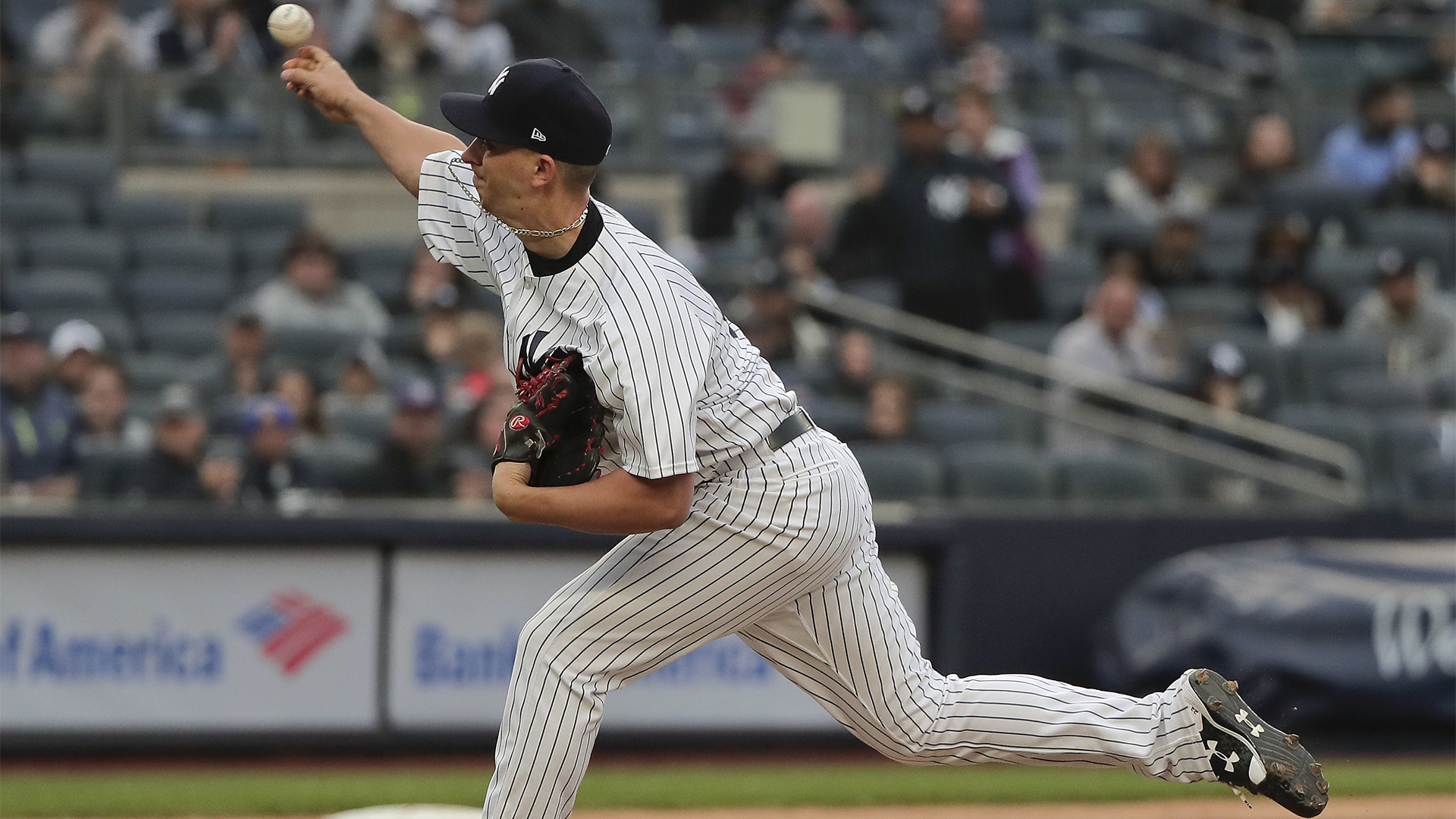 The Yankees winning streak continues against their division rivals behind the powerful bat of Giancarlo Stanton and strong pitching from Luis Severino and the dominant bullpen. Stanton hit two-solo home runs in the second and fourth inning to give the Yankees an early 2-0 advantage. Severino pitched six strong, striking out 11 and walking none. Boston ended up scoring one in the top of the fifth and in the top of the seventh on a Mookie Betts RBI triple to tie the game at two. Aaron Judge laced a ground ball to left to immediately put New York back up for good the next frame. Aroldis Chapman slammed the door in the ninth, recording a strikeout and his eighth save of the season.

Make it eighth straight! New York comes back in the bottom of the eighth inning to score four runs to go up 9-6. The crazy inning started with Danny Barnes on the mound. Barnes gave up a double to Neil Walker and a walk to Gleyber Torres before being replaced by closer Craig Kimbrel. Kimbrel gave up a two-RBI triple to Brett Gardner, then two-run line drive homer to Aaron Judge. Aroldis Chapman closed out the game by striking out Hanley Ramirez, Xander Bogaerts, and Mitch Moreland the very next frame. Gardner also had two doubles in his 3-for-5, 2 RBI effort. Jonathan Holder was the unsung hero of the night, escaping a massive bases-loaded jam in the top of the eighth inning to keep New York within a run of the Red Sox via strikeout and groundout by Christian Vazquez and Andrew Benintendi, respectively.

The Yankees couldn’t overcome another bad Sonny Gray outing, as his former team touched him up for five earned runs on nine hits and three free-passes. David Hale and David Robertson gave up another combined five runs over the next four innings to give Oakland starter Kendall Graveman a whopping 10 runs of support. New York scored five runs in the contest, four of which where accounted for by the long-ball. Aaron Judge hit a three-run homer and rookie Gleyber Torres hit a solo shot. Judge drew a bases-loaded walk in the bottom of the seventh to plate the ‘Bombers’ final run of the game.

Neil Walker sent everyone home happy with a walk-off RBI single in the bottom of the 11th inning. Domingo German churned in a clunker of a start, lasting five innings and allowing six earned runs on six hits and three walks. The bullpen shutout the A’s in the remaining six innings. Jonathan Holder, Chad Green, Dellin Betances, Aroldis Chapman, and A.J. Cole didn’t allow a hit in their appearances. Green struck out three in his perfect inning. Aaron Hicks and Gary Sanchez hit solo-homers, while Aaron Judge smacked a two-RBI round-tripper.

In a Mother’s Day matinee, Luis Severino and Giancarlo Stanton led the Yankees to a series victory over Oakland. Severino took the mound and pitched phenomenal. The Dominican Republic native struck out seven and just permitted one earned on five hits en route to earning his sixth win of the season. Chad Green fired a second consecutive perfect inning in as many nights and Dellin Betances struck out two in their respective appearances. Stanton crushed his tenth homer of the season and ripped a double in his 4-for-4, three-RBI performance. Aaron Judge collected an RBI as well, coupled with a pair of RBI’s off the bat of Aaron Hicks.