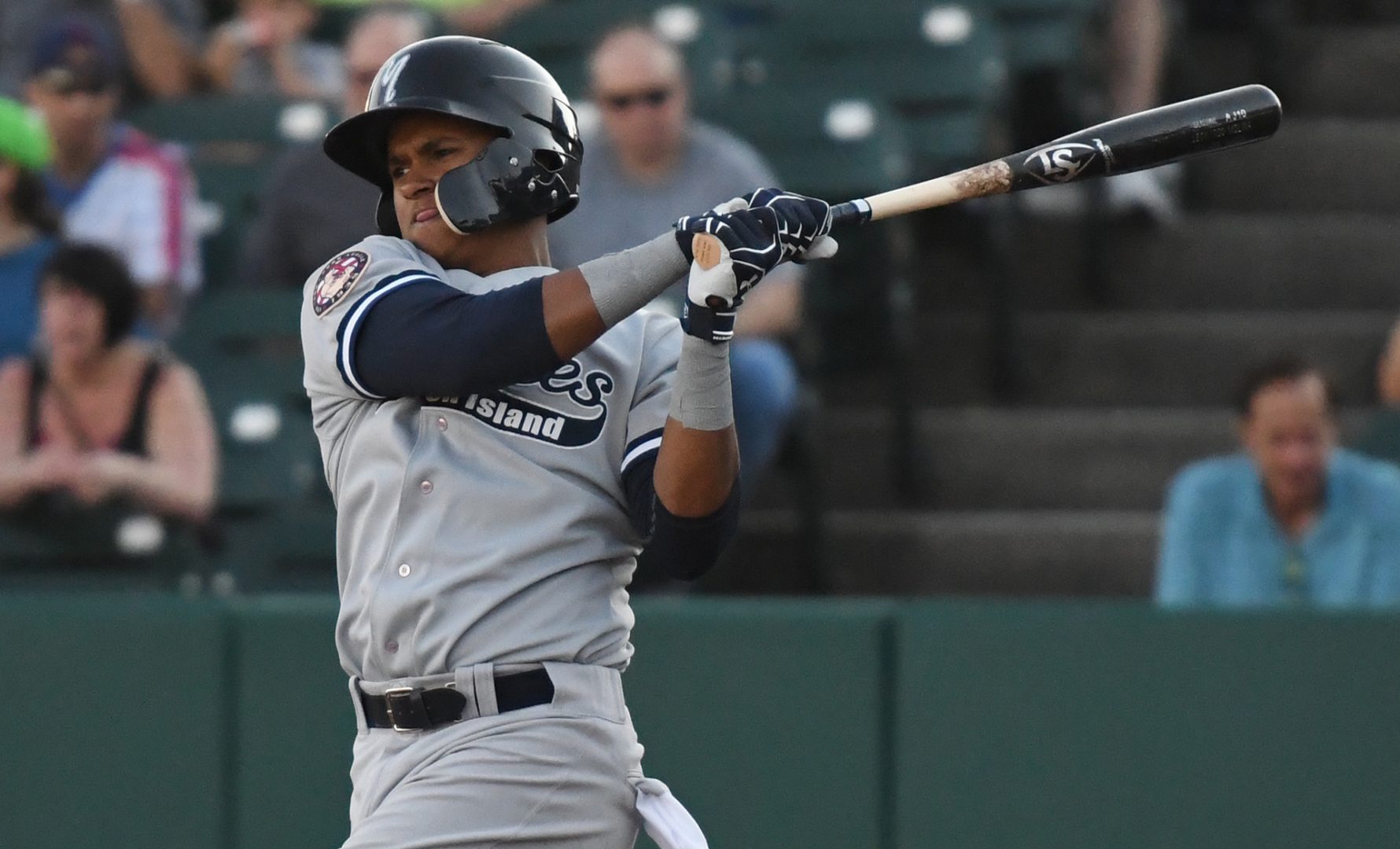 The Staten Island Yankees combined for nine hits and three runs as they defeated the Hudson Valley Renegades, 3-2.  Leonardo Molina and Jason Lopez had two hits a piece while Wilkerman Garcia, Dom Thompson-Williams, Oswaldo Cabrera, Dalton Blaser and Kendall Coleman each had a hit a piece.

The only two Yankees hitters to not record a base hit were Timmy Robinson and Daniel Barrios.

Staten Island got on the board in the top of the second inning when Molina singled, went to third on a double by Dalton Blaser and scored on a wild pitch.

The lead lasted until the bottom of the third inning when Hudson Valley got on the board with a solo homerun by Vidal Brujan off of starter Drew Finley.  Finley was touched for another run in the bottom of the fourth inning, giving the Renegades the lead.

Hudson Valley remained in the lead until the top of the seventh inning.  Jason Lopez lined a single to right, moved to second on a walk to Kendall Coleman and then to third on a wild pitch.  Daniel Barrios then hit the ball to the second baseman who missed the catch, allowing Lopez to score, Coleman to third and Barrios to first.

Wilkerman Garcia then lined a single to left field, scoring Coleman and giving the Yankees the lead for the second time in the game.  That was all the Yankees needed, Alex Bisacca earned the win with 1 2/3 innings of no hit baseball, he was followed by Chase Hodson who allowed a hit and struck out six in two innings.  Brian Trieglaff earned the save pitching an uneventful ninth inning.

These two teams will meet again on Thursday with Juan De Leon making his Yankees debut.