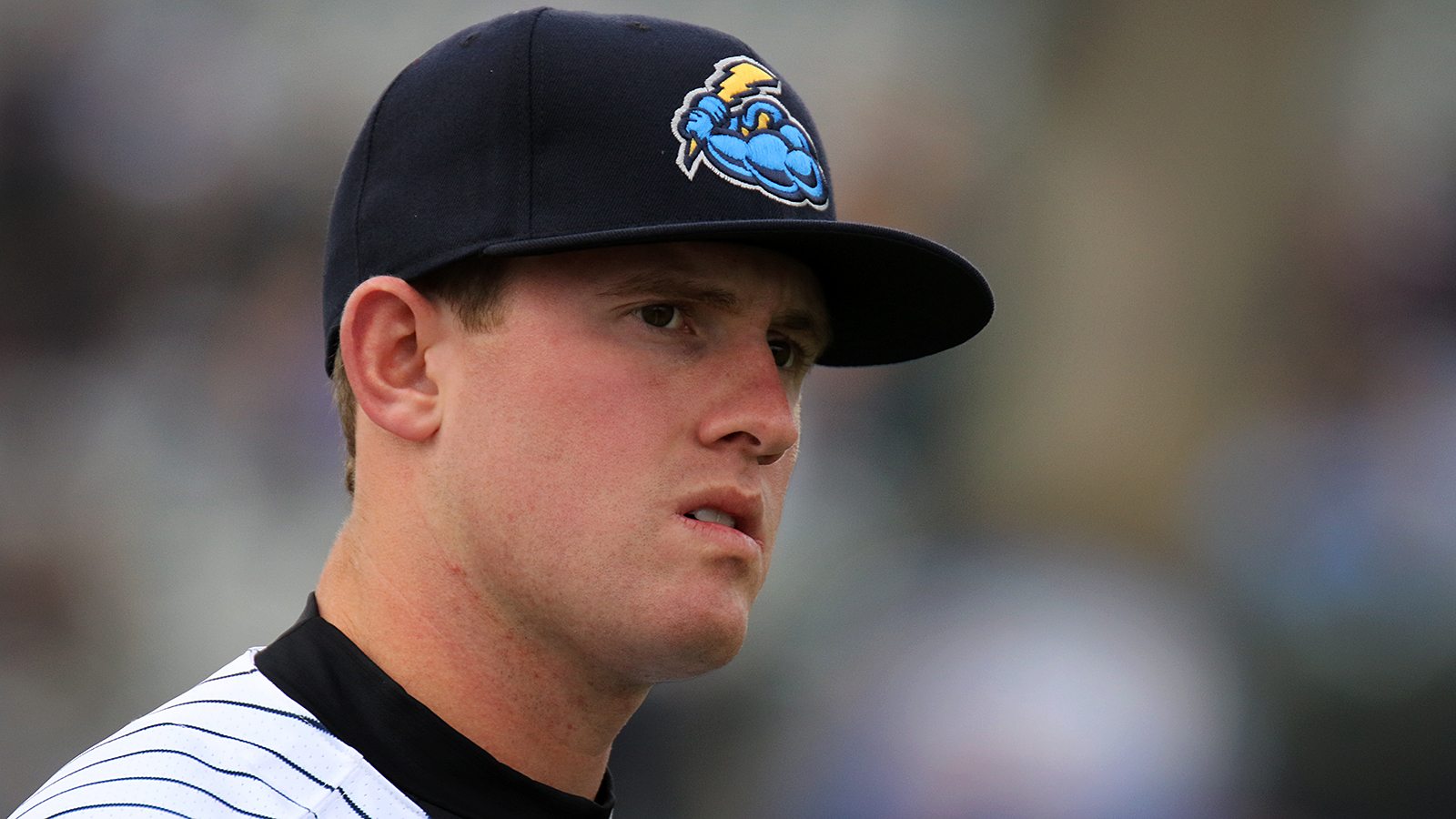 The balls were flying out of Charlotte on Friday night when the RailRiders took on the Knights. Scranton Wilkes-Barre powered their way to a 15-8 victory over Charlotte thanks to four home runs hit by the team. The big night came off the bat of the former first round pick, Billy McKinney.

McKinney put on a show in the game. He finished the contest 4-5 with a double, two triples, a grand slam home run, and six RBI’s. He was one single away from completing the cycle. The big night comes during a Triple-A resurgence for McKinney.

McKinney was the 24th overall pick by the Oakland A’s in 2013. He was traded to the Chicago Cubs, ranked their #2 prospect at the time, as a piece in the Addison Russell trade. A knee injury saw his prospect status fall as he put up miserable numbers in the 2016 season. This allowed the Yankees to grab him in their trade that sent Aroldis Chapman over to Chicago for Gleyber Torres.

2017 started to look like more of the same for McKinney when he was hitting .250 to start the year at Double-A Trenton but thanks to a flurry of call-ups McKinney got moved up to the RailRiders. Since his promotion, entering this game, he was hitting .306 with four home runs and 11 RBI’s over 22 games.

The RailRiders jumped on the board right out of the gate. Top Prospect, Miguel Andujar got it rolling with a solo home run to left field. Two Batters later, McKinney plated Mike Ford for the second run of the game. They would take on one more to jump out to a 3-0 lead. A solo home run by Charlotte’s Jake Peter got the home team on the board but Scranton Wilkes-Barre plated two more in the third inning thanks to McKinney’s second triple of the night that was laced to right field.

The game was broken open by SWB in the 5th inning. A two-run homerun by Ji-Man Choi scored McKinney to get the inning started. A few more runs would come in thanks to a Mason Williams single and a throwing error by the Knights’ first baseman. The RailRiders’ would bat around in the inning and allow McKinney to come up for a second time. He took advantage by demolishing a pitch to right field for a grand slam home run. SWB would finish off the inning with a 14-4 lead and never looked back.

Despite the offensive fireworks, RailRiders’ starter Brady Lail only lasted 4.1 innings and gave up 6 runs. Giovanni Gallegos pitched two scoreless innings in relief and picked up the win. Jake Cave also tacked on a late home run for Scranton Wilkes-Barre.

Scranton Wilkes-Barre takes on the Knights again in Charlotte. Domingo German (2-1, 3.81 ERA) gets the call for the RailRiders in the 7:05pm start and he goes up against Carson Fulmer (7-6, 5.51 ERA) for the Knights.