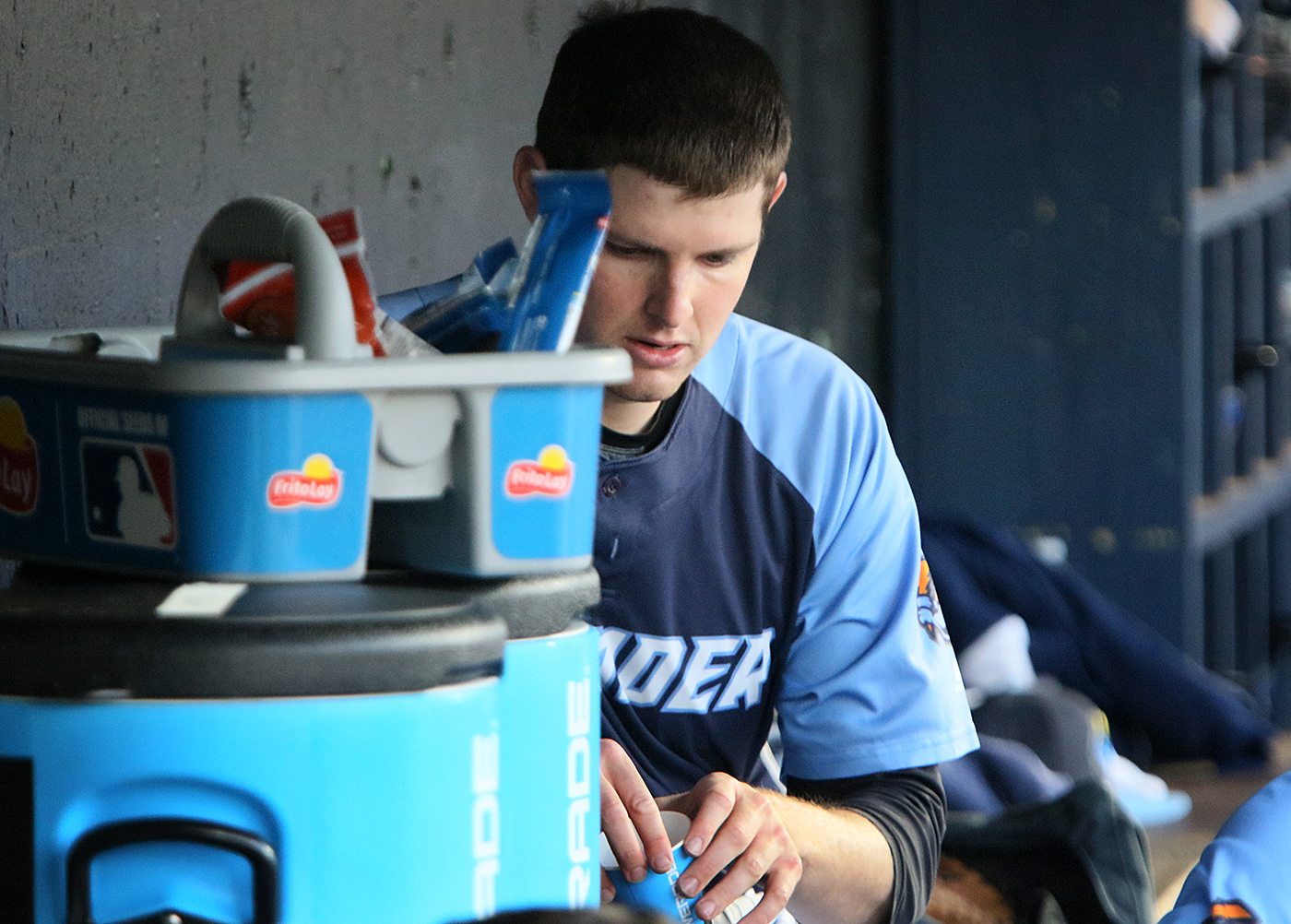 MANCHESTER, NH – For the second straight game, the Thunder offense jumped out to an early lead and earned a not-as-close-as-it-seems win over the New Hampshire Fisher Cats, 9-4 Sunday afternoon.

Tyler Wade got the game started with a walk in the 1st inning and stole second base with no outs. Trenton’s second batter, Jake Cave, bounced a grounder to shortstop which moved Wade to third base with one out for No. 3 hitter, Dante Bichette Jr. Despite falling behind in the count 0-2, Bichette Jr. managed to lift a sacrifice fly to center field and plate Wade for a 1-0 lead.

Two innings later, Wade’s first home run of the season doubled the lead to make it 2-0 Thunder. The thunder shortstop finished 2-for-4 on the day with three runs scored, an RBI and a stolen base to raise his season batting average to .324. Wade has reached base safely in all 10 games for the Thunder this season.

After adding two more runs in the 5th inning for a 4-0 lead, Thunder starter Jordan Montgomery continued to mow-down hitters over his six shutout innings. In just his second career Double-A start, Montgomery scattered five hits and walked two while striking out two on 87 pitches. He turned the ball over to his bullpen which allowed four runs- all earned- over the final three innings.

With a 5-2 lead heading into the 9th inning, Trenton scored four times to extend the lead to 9-2 before the Fisher Cats scored two harmless runs in the bottom of the inning before Caleb Smith finished off the ballgame.

Following the game, the Thunder pack up the bus and to Portland to take on the Sea Dogs in the first of three games beginning Monday with a scheduled 6:00 p.m. first pitch. The Thunder send RHP Brady Lail to the mound to try and continue the 12.0 consecutive innings of scoreless baseball thrown over the last two days by Thunder starters. Pregame coverage with Adam Giardino begins starting at 5:40 p.m. on the Trenton Thunder Radio Network.