Montgomery Turns in Another Trenton Gem 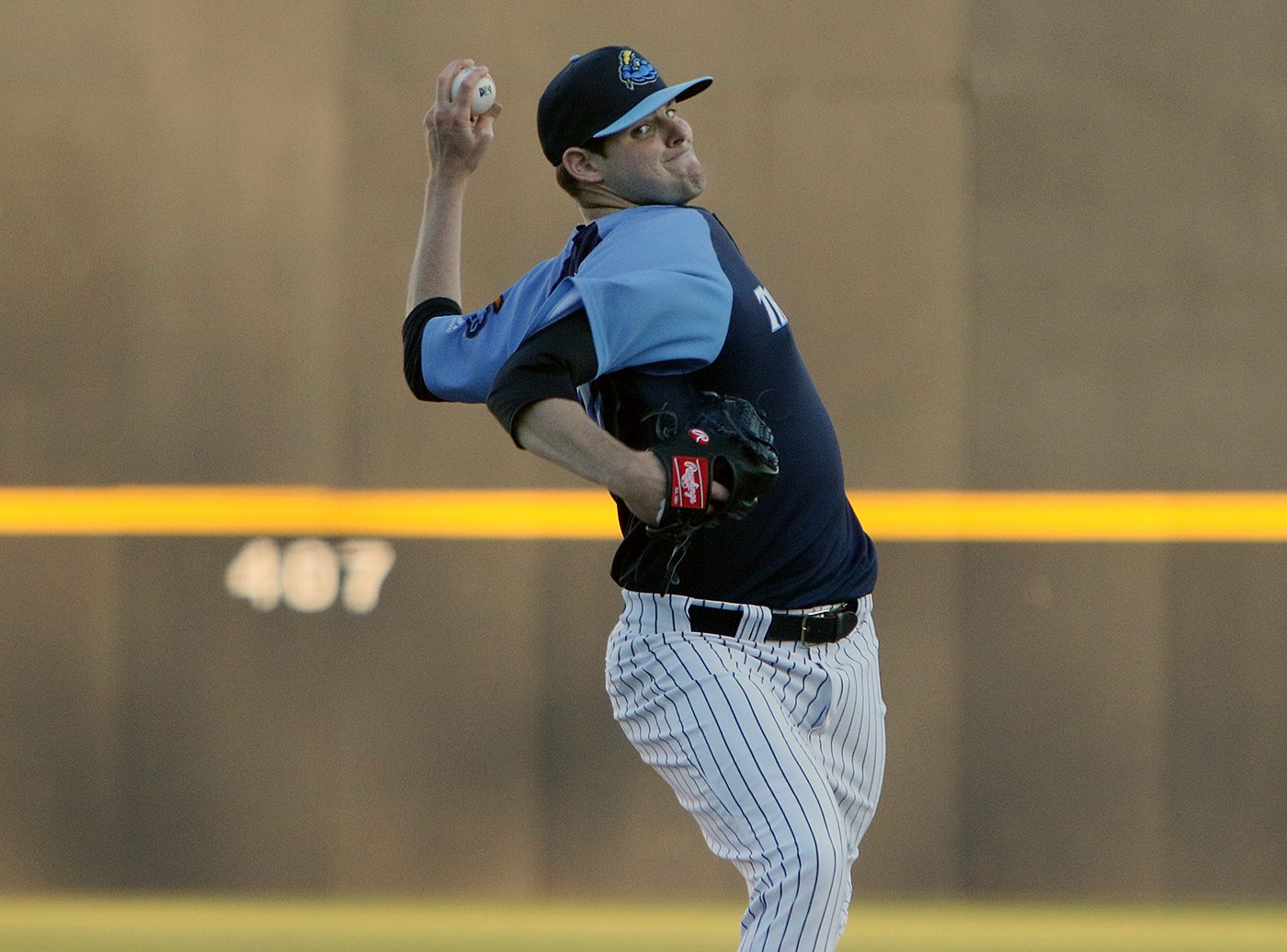 Jordan Montgomery improved to 8-3, 2.47 with a strong effort in Bowie Thursday night, (Photo by Martin Griff).

BOWIE, MD – The Trenton Thunder and Bowie Baysox headed to the sixth inning scoreless, and it was a pair of runs from the Thunder offense that inning which helped pace a 2-1 victory Thursday night.

Thunder starter Jordan Montgomery battled Bowie starter Brandon Barker into the sixth inning when the Thunder came to bat. Kyle Higashioka led the inning off against Barker with a nine-pitch at-bat in which he homered on the ninth pitch over the left-centerfield wall. The home run is his seventh in 42 at-bats since coming off the Disabled List with a left thumb injury.

Trenton’s offense added a run later on a double by Miguel Andujar who scored two batters later on an RBI double by Cito Culver.

Montgomery tossed seven scoreless innings for the Thunder to pick up his eighth win of the season. His ERA lowers to 2.47 on the season as his record improves to 8-3. He turned the ball over to Jonathan Holder for the six-out save, and after a scoreless eighth inning Holder walked the leadoff man. With two outs, Tucker Nathans took second base on defensive indifference. Julio Borbon singled him home to trim the Thunder lead to 2-1. Borbon stole his way into scoring position, but Adrian Marin grounded out to shortstop to end the game and give Holder his eighth save of the season.

The victory snaps a two-game slide for the Thunder and earns a series split with the Baysox in the four-game set. It also earns the Thunder the season series victory at Prince George’s Stadium where the Thunder took 4-of-7 from Bowie.

The Thunder pile on the bus following Thursday’s game and head to The Diamond in Richmond, VA for the first time this season. First pitch in the series-opener is scheduled for 7:05 p.m. with pregame coverage beginning at 6:50 p.m. on 91.3 FM and online at www.trentonthunder.com.