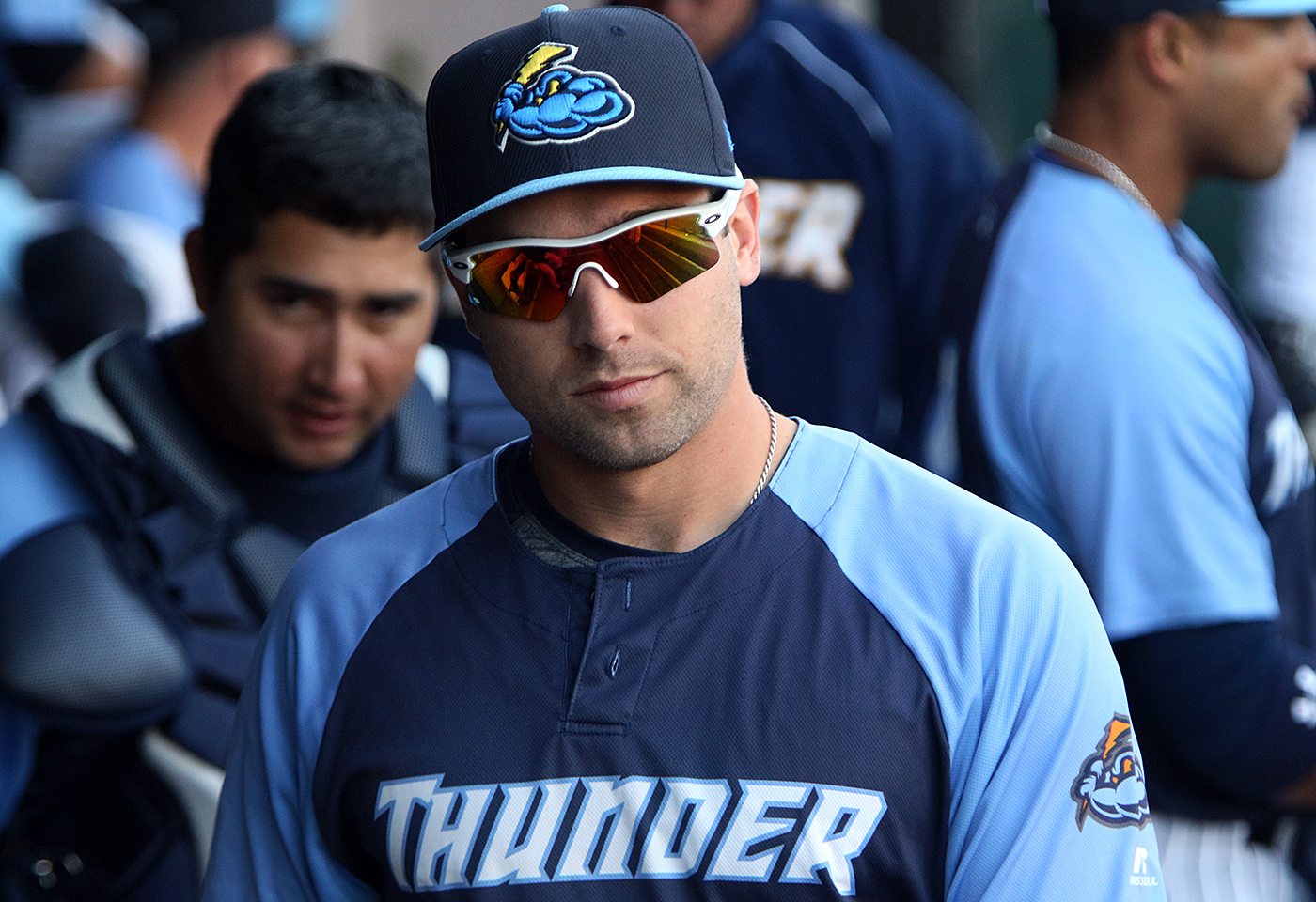 Jake Cave got the Thunder's first hit - a single to left - in Sunday's loss. (Photo by Martin Griff)

TRENTON, NJ – It took until the 6th inning for the Trenton Thunder to record their first hit of the day, but by then they had already fallen behind 5-0 in a loss to the Akron RubberDucks Sunday afternoon.

Akron starter Shawn Morimando (4-0) outdueled Brady Lail (0-2) through the early innings in what was a close game until the top of the 5th. The RubberDucks scored a run in the 1st inning on an RBI single by Anthony Gallas but Lail was able to escape further damage with the bases loaded and one out. In the third inning Akron added a run to double the lead and then the lead got wider in the 5th on a three-run homer by Nellie Rodriguez for the games’ final runs. It chased Lail after four innings and five runs on eight hits.

Jake Cave notched the first hit of the game for the Thunder in the top of the 6th with one out. He finished 1-for-2 with two walks as one of three Thunder batters with a base hit on the day.

Despite the loss, the Thunder took 3-of-4 from the RubberDucks and have won all three series played at home this season. The loss drops Trenton to 10-7 on the season while Akron improves to 11-6.