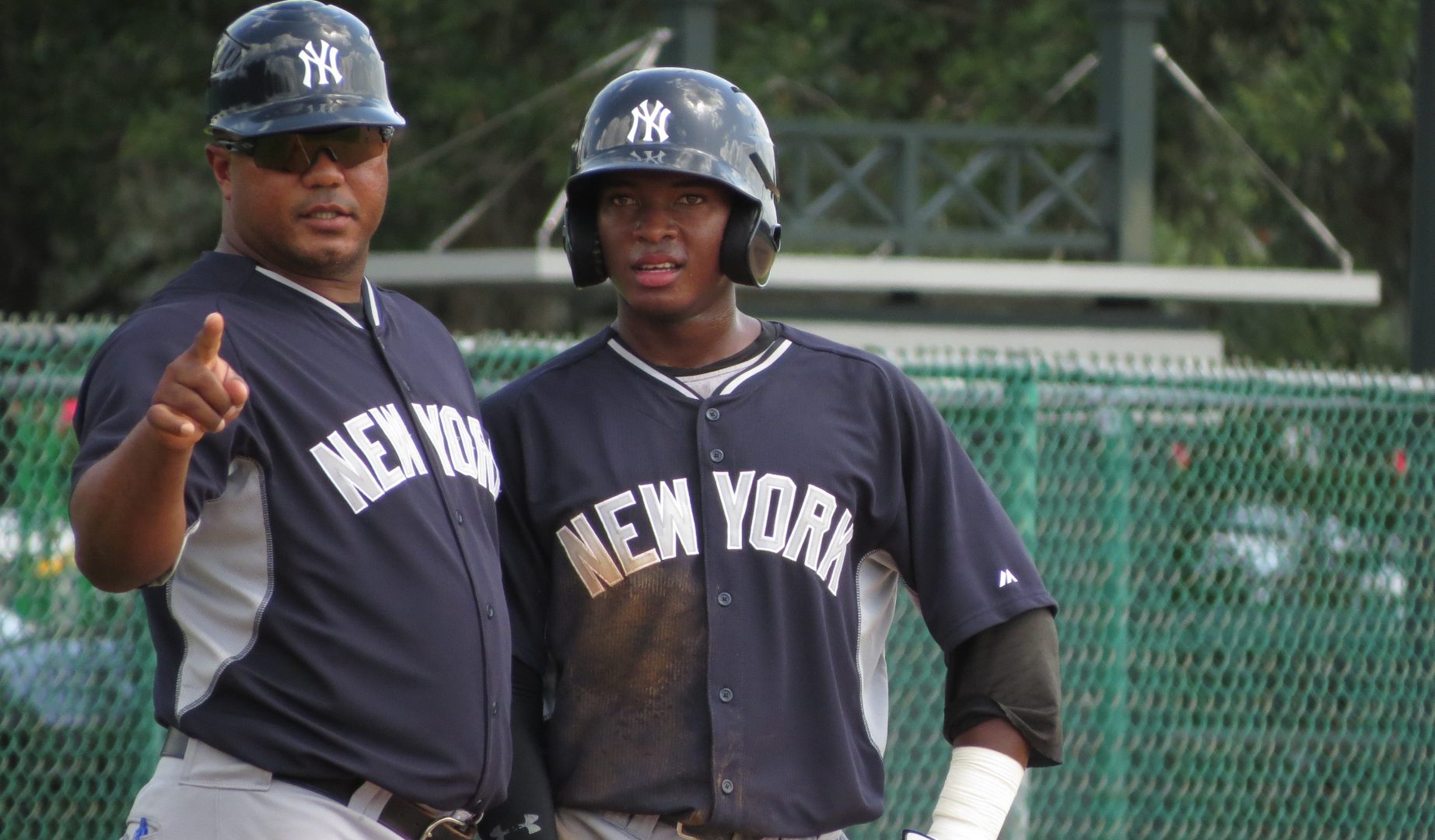 Former major leaguer Julio Mosquera will return to the Gulf Coast Yankees 1 team for his second season as skipper.  Mosquera made his managerial debut last season, leading the Yankees Rookie-level affiliate to a 26-32 last-place finish in the Gulf Coast League Northwest Division.

Prior to taking over the reigns as manager in 2015 Julio spent 9 seasons as the catching coordinator for the Yankees and prior to that spent 15 years as a player with various organizations including the Toronto Blue Jays, Tampa Bay Devil Rays, Texas Rangers, Seattle Mariners, Milwaukee Brewers and the Yankees themselves.

Joining the Gulf Coast Yankees 1 in 2016 as their pitching coach will be Armando Galarraga, best known for the non-perfect, perfect game in 2010.  Galarraga previous was announced to have been hired in a pitching instructor role and will be working with the Yankees young pitchers in the GCL.

Lino Diaz takes over as the defensive coach in 2016, after filling the same role with the Gulf Coast Yankees 2 team in 2015.  From 2013-2014 he was the Cultural Development Manager for the Chicago White Sox and spent 11 years with the Cleveland Indians in various roles.  In 2001 he managed the GCL Royals and also was part of the GCL Reds coaching staff in 1999 and 2000.

Anthony Moon will be the team’s trainer while James Gonzalez takes over as the Strength and Conditioning Coach.