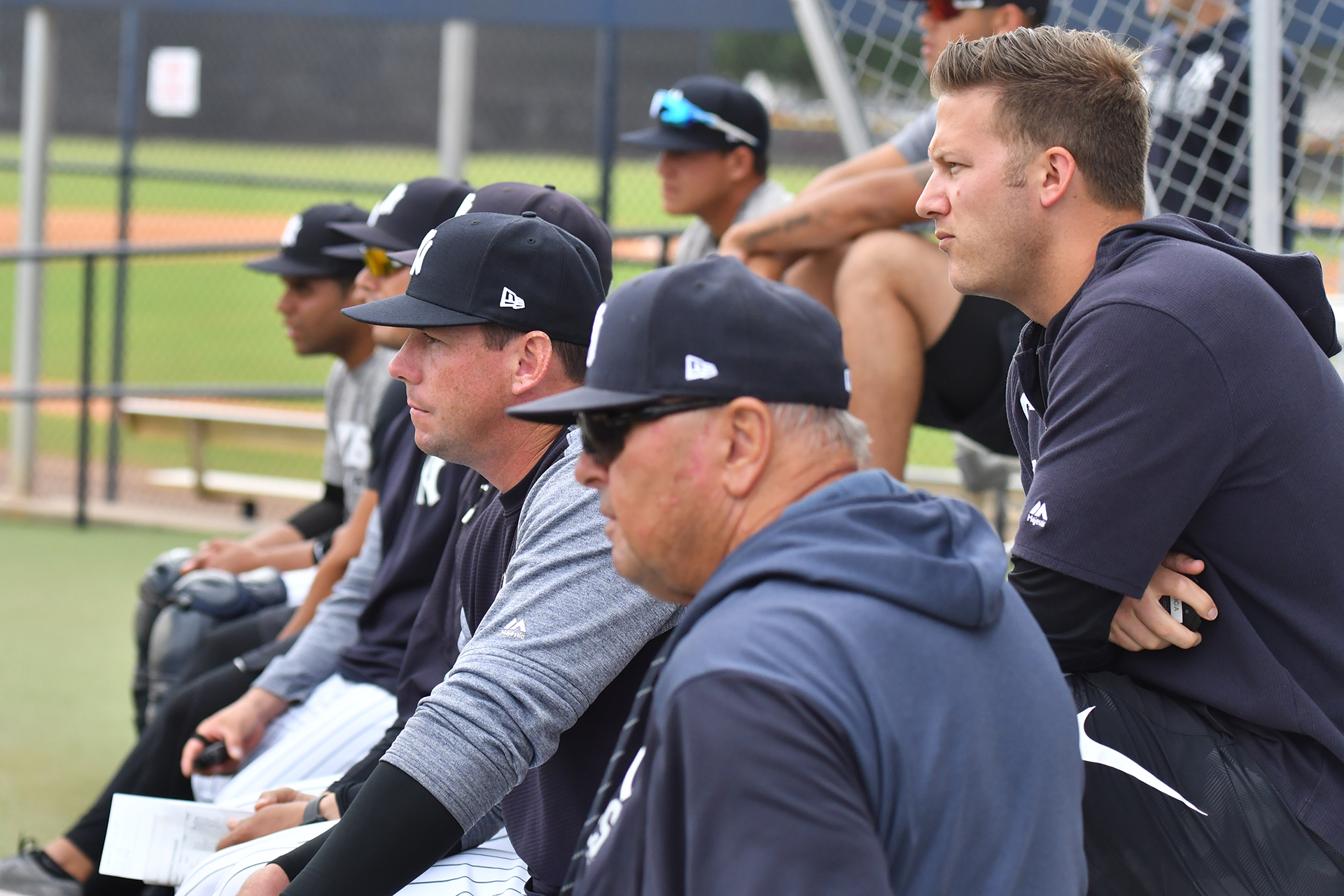 Yankees minor league players report for spring training in a couple of weeks and they will have several new coaches working with them to develop their skills.

Jim Hendry returns as the Yankees special assignment scout.  This will be Hendry’s ninth season in the position.  He also spent 10 years as the General Manager of the Chicago Cubs from 2002-2011.

Mario Garza returns to the Yankees in 2020 in a new role.  After spending the last three seasons as the Director of Latin American Operations for the Yankees he will be taking over as the Coordinator, Baseball Development in 2020.  This will be his 10th season in the organization after managing the GCL Yankees and Staten Island Yankees in 2013 and 2014 as well as coaching for the Tampa Yankees from 2011-2012.

David Adams will be the Yankee’s complex coordinator, in addition to his duties as the manager of the Single-A Tampa Tarpons.  He will not be the only one pulling double duty as GCL Yankees West manager Travis Chapman will be doubling as the Yankees Assistant Infield Coordinator.

Hitting Coordinator Dillon Lawson is returning for his second season in the position.  He will be joined by Rachel Balkovec and Trevor Amicone as roving hitting coaches.

Sam Briend joined the Yankees organization in the middle of the 2019 season as the Director of Pitching after spending three seasons as the director of player development at Driveline Baseball.  He will be joined by John Kremer and Desi Druschel who are both returning as Pitching Coordinator and Manager, Pitch Development respectfully.

Kremer will be entering his 17th season in the organization.  In addition to his duties as a Pitching Coordinator, he will be serving as a Performance Science Consultant.  From 2015-2019 he was the Director of Performance Science.  He was also the Director of Player Personnel from 2013-2014, the assistant director of amateur scouting from 2005-2012 and player development assistant in 2004.

Druschel is entering his second season with the Yankees as the manager, pitch development.  He previously spent four years at the University of Iowa, he spent one season as the pitching coach and three as the director of baseball operations.  He began his coaching career as an assistant coach at Vinton-Shellsburg H.S. in 1998 before joining Indiana University in 1999 and Franciscan University from 2001-2004.

Returning for his third season as infield coordinator is Miguel Cairo.  Prior to joining the Yankees, he was a special assistant to Reds General Managers Walt Jacketty and Dick Williams form 2013-2017 as well as an extra coach for the Reds at the MLB level in 2013.

Also joining the Yankees this season is Matt Talarico who will be doubling as baserunning coordinator and roving hitting coach.  Talarico spent the last 13 years as a coach at the collegiate level.

Andrew Wright takes over as the Yankees Director, Dominican Republic Baseball Operations after spending the 2019 season as the manager of staff development.  He will be joined by Luis Sojo who returns in the role of DR/US Transition and infield coach.

Both Tino Martinez and Marc Bombard return in 2020 as player development consultants as well.