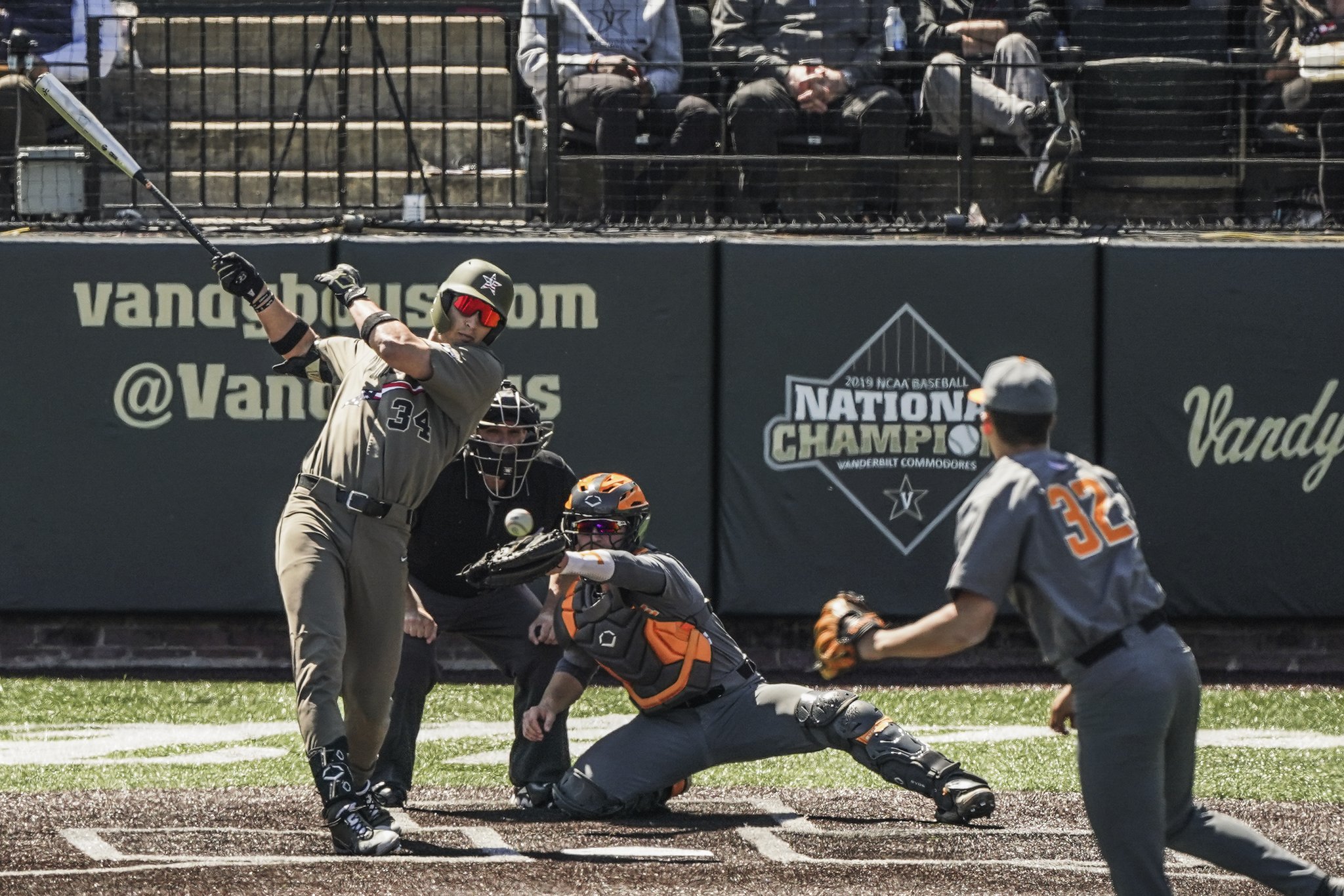 The New York Yankees made their first two selections in the 2022 MLB First-Year Player Draft on Sunday night in Los Angeles. Overall, the two selections they made were not surprising as more talent is now being added to the organization.

In Round 1, New York went with Vanderbilt outfielder Spencer Jones with the 25th pick. The Jones pick was one that had been predicted by many throughout the draft process and it is hard to argue with the Aaron Judge comparisons that have been thrown out there.

The knock on Jones can be the high strikeout totals as he had 64 K’s in 61 games this year. As MLB Pipeline put it, Jones is great at hitting fastballs, but hitting secondary pitches is something he is going to have improve on as he turns professional:

“Jones has the potential to hit for average while producing solid power, but he also swings and misses frequently against non-fastballs. Though he generates plenty of bat speed and has impressive strength and leverage in his 6-foot-7 frame, his size also creates a naturally long left-handed swing.”

As we talked about before the draft, one of the positions the Yankees had an organizational need at was in the outfield. With Jasson Dominguez and Grant Richardson now at High-A Hudson Valley, it allows Jones to get at-bats immediately at Low-A Tampa, if the Yankees choose to go that route instead of starting him in the Florida Complex League.

It’s hard to ignore adding a left-handed hitting power hitter in hopes that he will make it to the big leagues and play in a park friendly to lefties in Yankee Stadium. With good speed and good arm strength in the outfield, Jones will be a fun one to watch going forward.

Jones is the 3rd player the Yankees have drafted out of Vanderbilt since 2018. Over the last five drafts, they selected Justin Wilson in the 23rd Round in 2018, outfielder Pat DeMarco in the 28th Round in 2019, and catcher Dominic Keegan in the 19th Round a year ago. Keegan did not sign and is still on the board heading into Day 2.

In Round 2, New York went to the mound and added Cal Poly right-handed pitcher Drew Thorpe with the 61st pick. The 21-year-old is known for having one of the best changeups in this year’s class, according to MLB Pipeline:

“He throws it in the low-80s with excellent arm speed for deception and with a ton of sink, getting outs via the strikeout as well as weak contact on the ground. He throws it almost as frequently as his 91-93 mph fastball, a heater that has good riding action and sink at the bottom of the zone and could increase in velocity as he adds strength.”

If Thorpe can add velocity to his fastball to some good offspeed pitches, he will find repeated success. It is hard to find the good control that Thorpe had with the Mustangs. In 104.2 innings this year, the 6’4” right-hander had 25 walks (5 in one start) and he had 9 starts of 10 or more strikeouts (season-high of 15 against UC San Diego on March 25).

In Thorpe’s first season with the Mustangs (2020), he faced some tough competition before the COVID shutdown. In fact, his first collegiate start was against Vanderbilt (7 IP, 2 ER, 4 H, 6 K’s, 3 BB’s on 106 pitches). Jones was in the lineup for Vanderbilt in that game and had an RBI groundout.

Thorpe is the 12th different player out of Cal Poly to be drafted by the Yankees with the last one being outfielder Zack Zehner in the 18th Round back in 2015.

The MLB Draft continues on Monday afternoon when picks in Rounds 3-10 will be made (2 PM ET, MLB.com). With a limited bonus pool, will the Yankees go for a Brock Selvidge type pick in Rounds 3 or 4? That will be a storyline to watch as more players join the Yankees organization.