Report: Yankees Select Aaron Boone To Be Next Manager 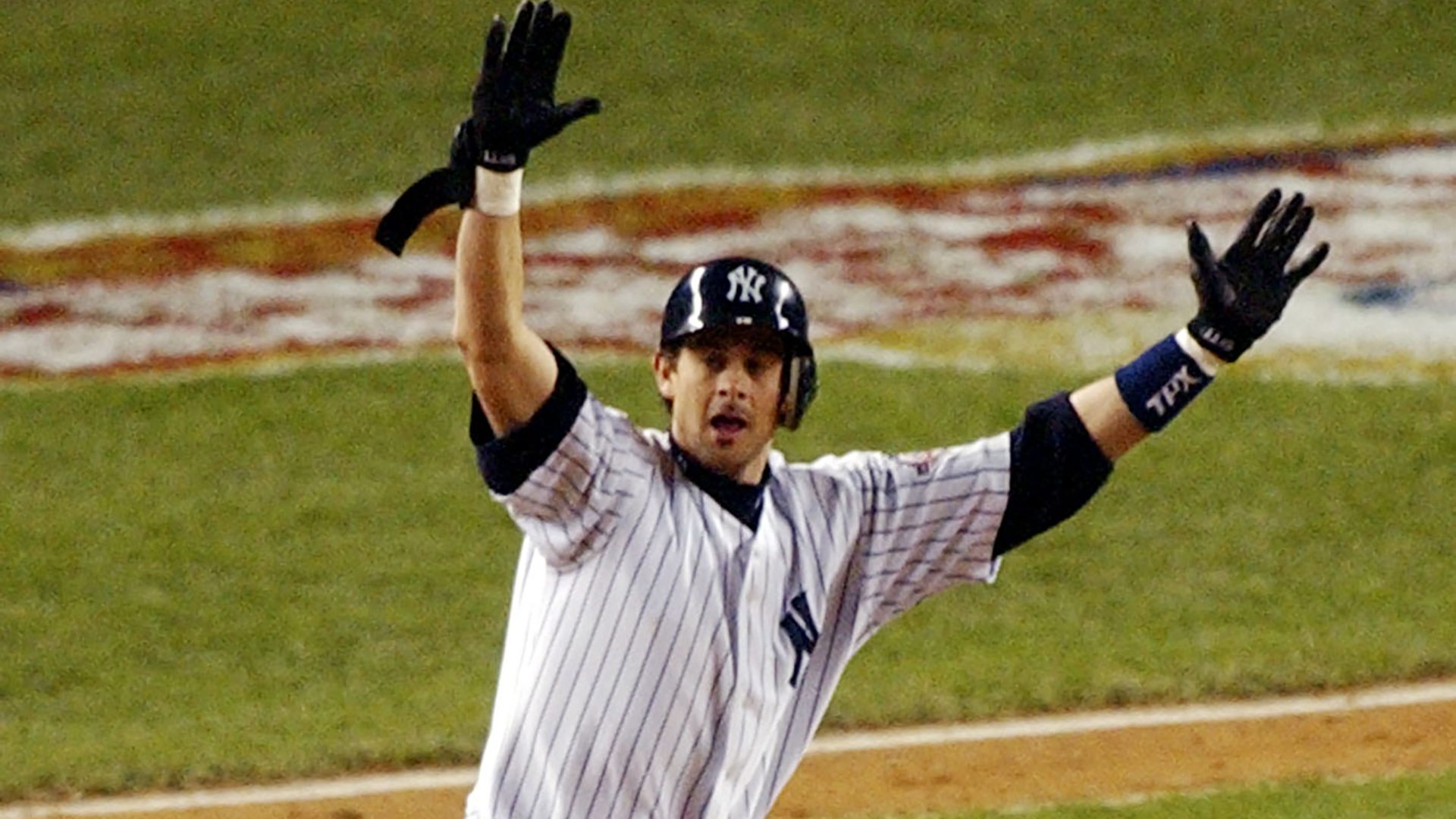 After only one round of managerial interviews, the New York Yankees have finally made their choice to be the 35th manager in franchise history. Bill Madden of the New York Daily News was the first to report that former Yankee Aaron Boone is the choice:

Boone was traded to the Yankees from the Reds at the 2003 trade deadline for Brandon Claussen, Charlie Manning, and cash considerations. While he hit .234 with six home runs in 54 regular season games in pinstripes, most remember him for his walk-off home run against the Red Sox in Game 7 of the ALCS against the Boston Red Sox.

While Boone has not played in the majors since he was with the Houston Astros in 2009, he had been covering the sport for ESPN since 2010 and was one of the analysts on Sunday Night Baseball for the last two seasons.

When you look at the list of Yankees managerial candidates, there wasn’t a lot of experience outside of Eric Wedge. However, Boone has been around the game since his grandfather, father, and brother were both big leaguers. His dad, Bob, was the manager of the Royals from 1995-1997 and the Reds from 2001-2003.

Yes, Boone can relate to the players in the clubhouse, but the question will be how he leads a young team that is ready to win right now with all the pressures of managing in New York has to offer. But, he is viewed by a lot of people in the sport as a great communicator and he values analytics, which are important in today’s game:

Now, Boone will have to figure out who will be on his coaching staff. One name that Jon Morosi of FOX Sports and MLB Network tweeted as a possibility is Wedge, who was his manager when he was with the Cleveland Indians in 2005 and 2006.

Time will tell if Boone will be a successful manager in the Bronx after ten good years that Joe Girardi had, but he has the chance to guide a young team that has a bright future ahead of them.

Yankees fans, what are your thoughts on the hire?