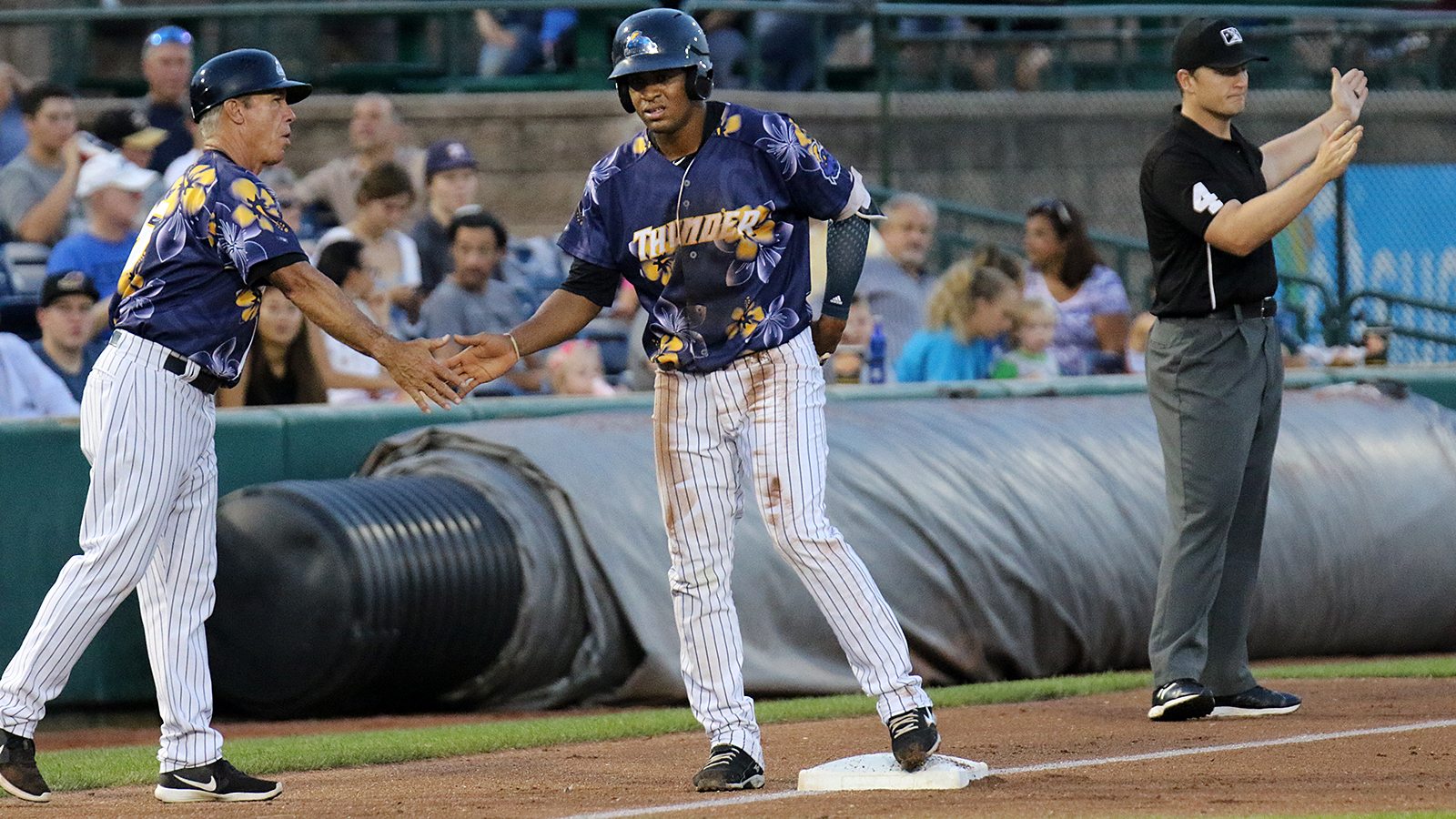 As the New York Yankees have built up their farm system, one of the positions they have a surplus at is middle infielders. Right now, players like Tyler Wade, Gleyber Torres, and Thairo Estrada are candidates to be the opening day starter at that position.

There is one player that won’t start the year at the big league level and has gone under the radar in the organization. That player is Abiatal Avelino, who played with Tampa, Trenton, and Scranton in 2017.

This winter, Avelino has been playing winter ball in the Dominican Republic for Gigantes del Cibao, and his play has been steady. In 35 games, he’s hitting .315 with nine RBI’s and has 16 steals (19 chances). In his last ten games dating back to December 3, he has five multi-hit games.

As for how Avelino stacks up with the rest of the players in the DWL, he has four more stolen bases than any other player. Also, he is second on his team in hits (40), third in total bases (44), and fourth on the team in walks (11).

The walks might be one of the most impressive stats he has because he is one of those players that is tough to strike out. His strikeout total (12) is just about the same as his walk total. That trend carried over from this past season when he struck out 48 times in 323 at-bats (about 15 percent of the time).

Avelino has been with the Yankees organization since he signed as an international free agent in December 2011. He will be 23 in February, and has shown the ability to play second base, third base, and shortstop. The problem for him is there isn’t a spot for him at the big league level right now.

At third base, Avelino is blocked by Miguel Andujar currently unless New York makes Andujar the Opening Day third baseman. If you go toward the middle infield, Torres has the edge at second, and with Didi Gregorius being the shortstop in the big leagues, there is no spot for Avelino either.

Despite not having those options open up at the moment, Avelino needs to keep showing consistency. If he does that, maybe that impresses another team, and the Yankees can use him in a trade to help the big league club.

So, while you talk about the depth the Yankees have in the middle infield, don’t sleep on Avelino because he might just run right past you with his speed.