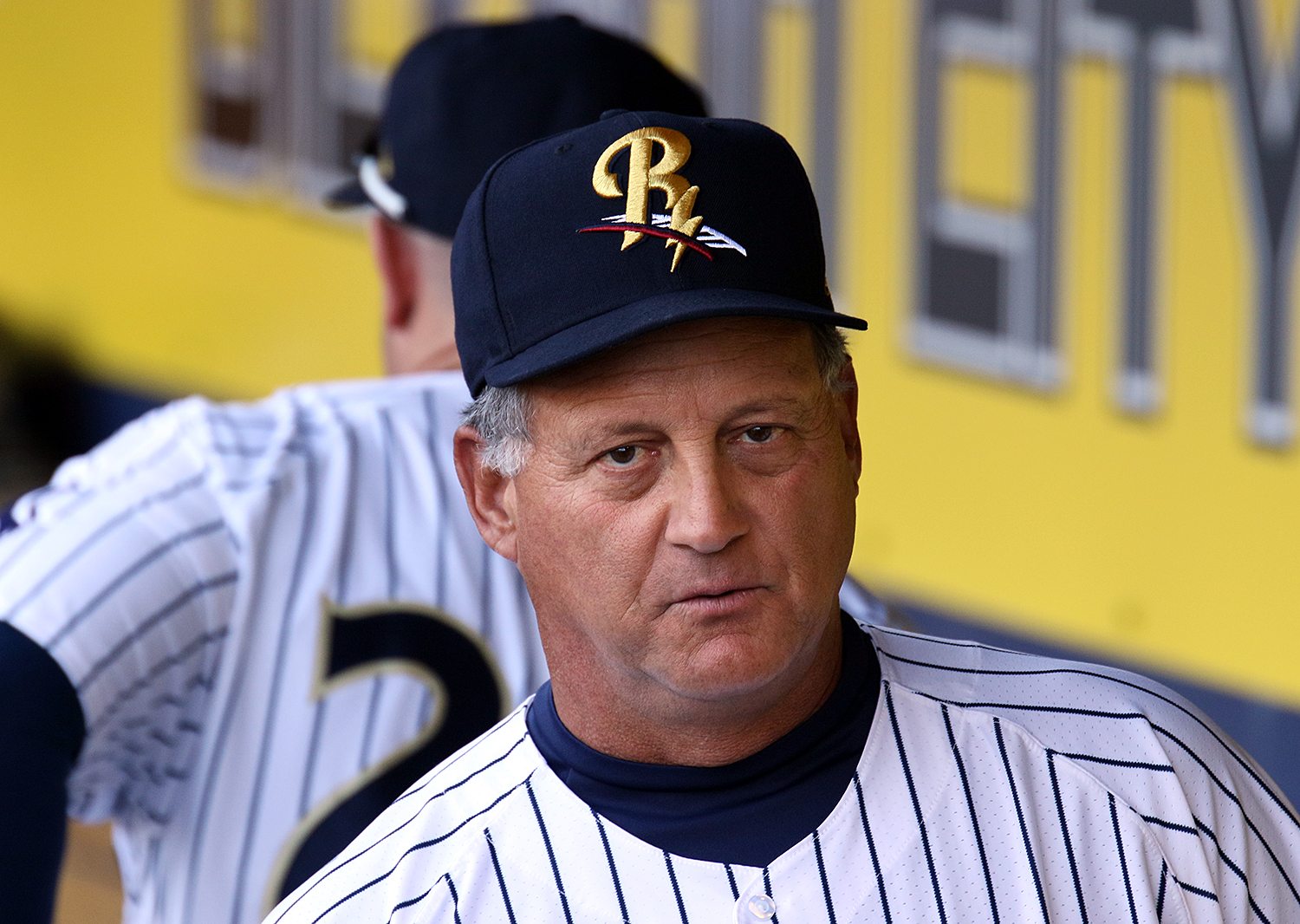 Scranton/Wilkes-Barre RailRiders manager Al Pedrique in the dugout before a game against the Buffalo Bisons at PNC Field in Moosic, Pa. on Tuesday, April 19, 2016. Photo by Martin Griff

The New York Yankees have a new major league manager in Aaron Boone, but they will now be looking for a new Triple-A manager. According to Mark Feinsand of MLB.com, former Triple-A Scranton manager Al Pedrique is now the new first base coach for the Oakland Athletics

Oakland has named Al Pedrique as its first base coach. Pedrique managed the Yankees’ Triple-A team last season but was not given an opportunity to interview for their managerial opening.

One of the surprises from this tweet was that Pedrique did not get an interview for the Yankees managerial position. If you watched the HomeGrown: Path to Pinstripes series on YES, it was evident he worked well with young players and was a part of molding some of the core that fans have now seen at the big league level.

Pedrique was a manager in the Yankees farm system from 2013-2017. He started at Low-A with the Charleston Riverdogs in 2013 and had managed at all four top levels in the organization.

Out of those five years, his crowning success from a results standpoint came with the Railriders in each of the last two seasons. During that time period, the team went 177-107, won the Triple-A National Championship in 2016, and had the best regular season record in the International League in each season.

With the A’s, Pedrqiue gets to work on Bob Melvin’s staff. The irony of that role is that Melvin was the manager who took the Diamondbacks job in 2005 after Pedrique was the interin manager in Arizona in 2004 (22-61 in 87 games).

When you think back to the Yankees manager search, it was a surprise that none of the internal candidates got an interview considering that the minor league affiliates were all having success in their respective leagues. But, in the end, we will have to see how good of a job Boone does.

This is a big loss to the Yankees farm system because Pedrique did a great job of working with different rosters in the minors due to injuries or player promotions from Double-A Trenton or when they were promoted to the big league level.

One name to keep an eye on as a possible candidate for the Scranton manager spot in 2018 is current Trenton manager Bobby Mitchell. Mitchell has won 179 games in the last two seasons with the Thunder and has made it to the league finals in both years. Our own Matt Kardos tweeted about how Mitchell has talked about moving up a level.

The vacated spot left by Pedrique in SWB opens the door for Bobby Mitchell to potentially move up and manage the RailRiders. He spoke at length about wanting to move up to Triple-A at seasons end.

Whoever gets this position going forward, they will have the opportunity to help develop some of these young talented players in the Yankees organization. However, it still remains somewhat of a surprise that Pedrique couldn’t get a chance to show the front office he was ready for the big leagues again.