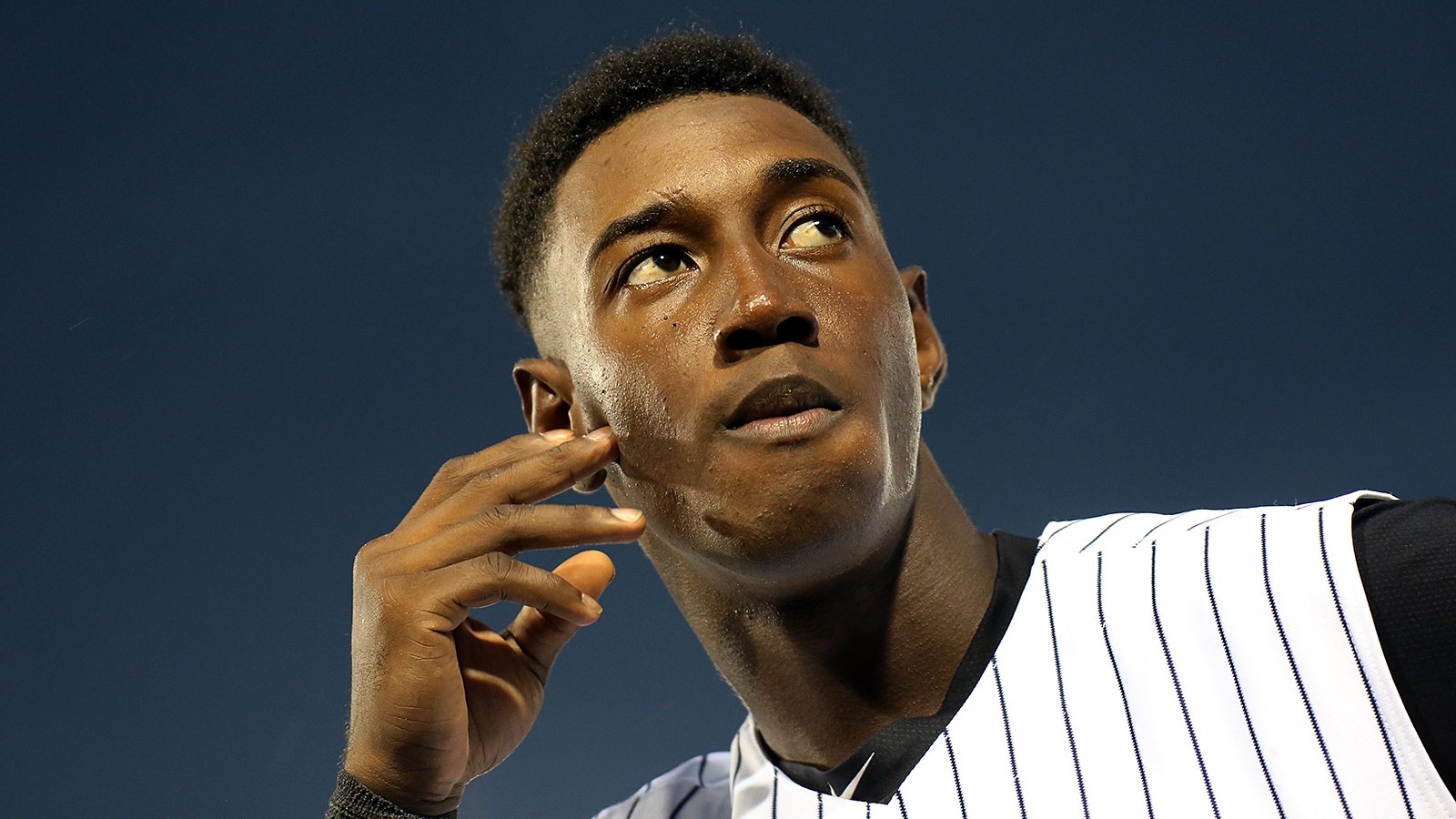 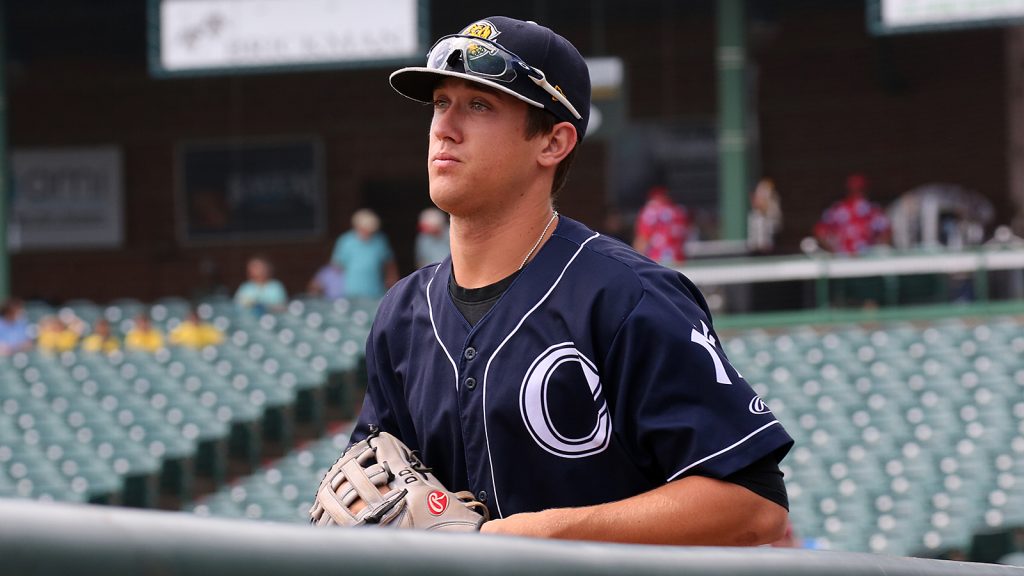 The “C” was for Yankee Single-A Charleston affiliate when Blake Rutherford was playing against the BlueClaws in Lakewood, NJ last Monday. His next stop wearing a “C” could be in Charlotte, the home of the White Sox Triple -A affiliate.   (Martin Griff)

Despite such a big move, the New York Yankees continue to find themselves in the trade rumor mill. As of late Wednesday evening, the Bronx Bombers were mentioned as possible suitors for controllable starting pitchers such as Sonny Gray and Gerrit Cole.

With the blockbuster trade on Tuesday night, President of Baseball Operations Brian Cashman managed plug the holes of the sinking S.S. New York Yankees ship on paper. But the bigger question is how far the Bronx Bombers are willing to go to stray away from the rebuild just to get to the 2017 American League Wild-Card game. With an impressive first half run thanks to key contributions from Aaron Judge and Jordan Montgomery and the recent acquisition of three major-league ready assets, the temptation is enormous. Despite having dropped 10-straight series’, outside of the American League leading Houston Astros, the rest of the American League is seemingly still wide open. 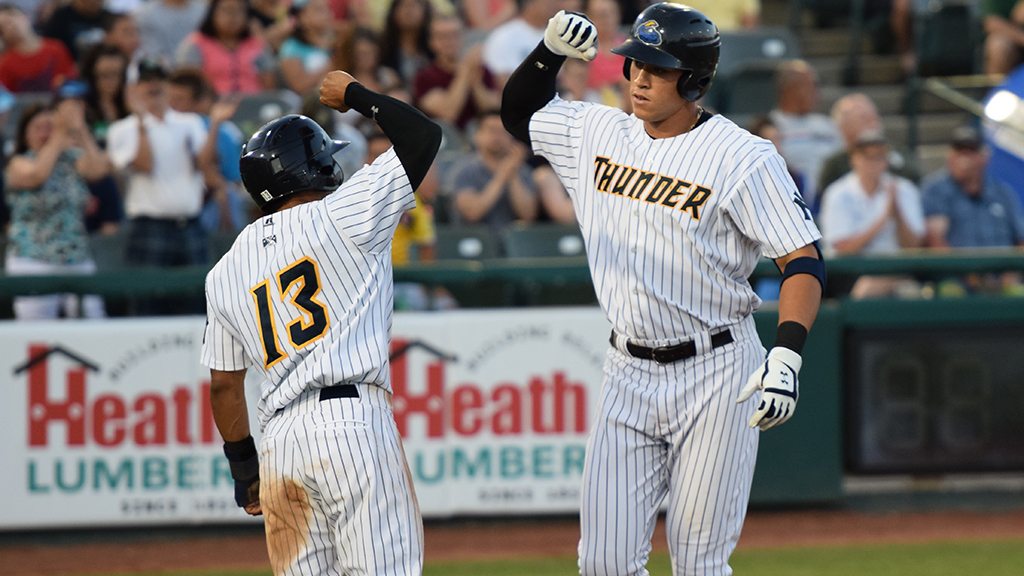 Aaron Judge worked his way though the Yankee farm system.  Here he is after hitting a homerun for the Trenton Thunder in 2015. (Robert M. Pimpsner).

However, in the days leading up to the deadline, Brian Cashman should be wise to remember the original plan for 2017, it was supposed a year in which the kids were given a platform to show the organization if they can compete at the major league level.

The Yankees flat out over achieved at four games over .500 and 3.5 games back of first place in the American League East to start the second half, and while it was a fun first half of the summer, the possibility of a better second half and a run to October shouldn’t be worth the risk of depleting the farm system, especially if it means forfeiting another top prospect like Justis Sheffield and Jorge Mateo. 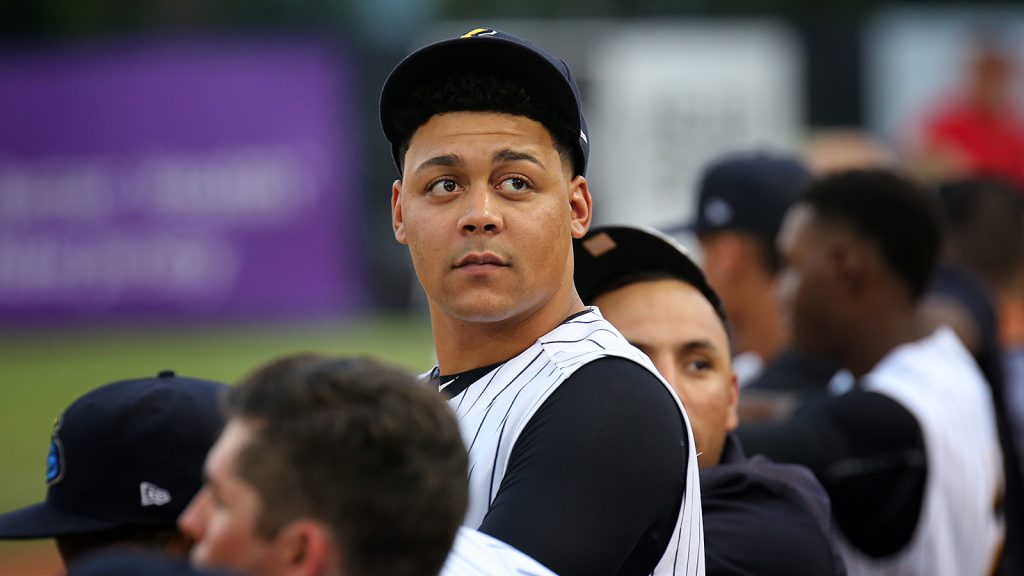 Trenton Thunder’s Justus Sheffield is watching action from the dugout as he heals from a muscle injury. (Martin Griff)