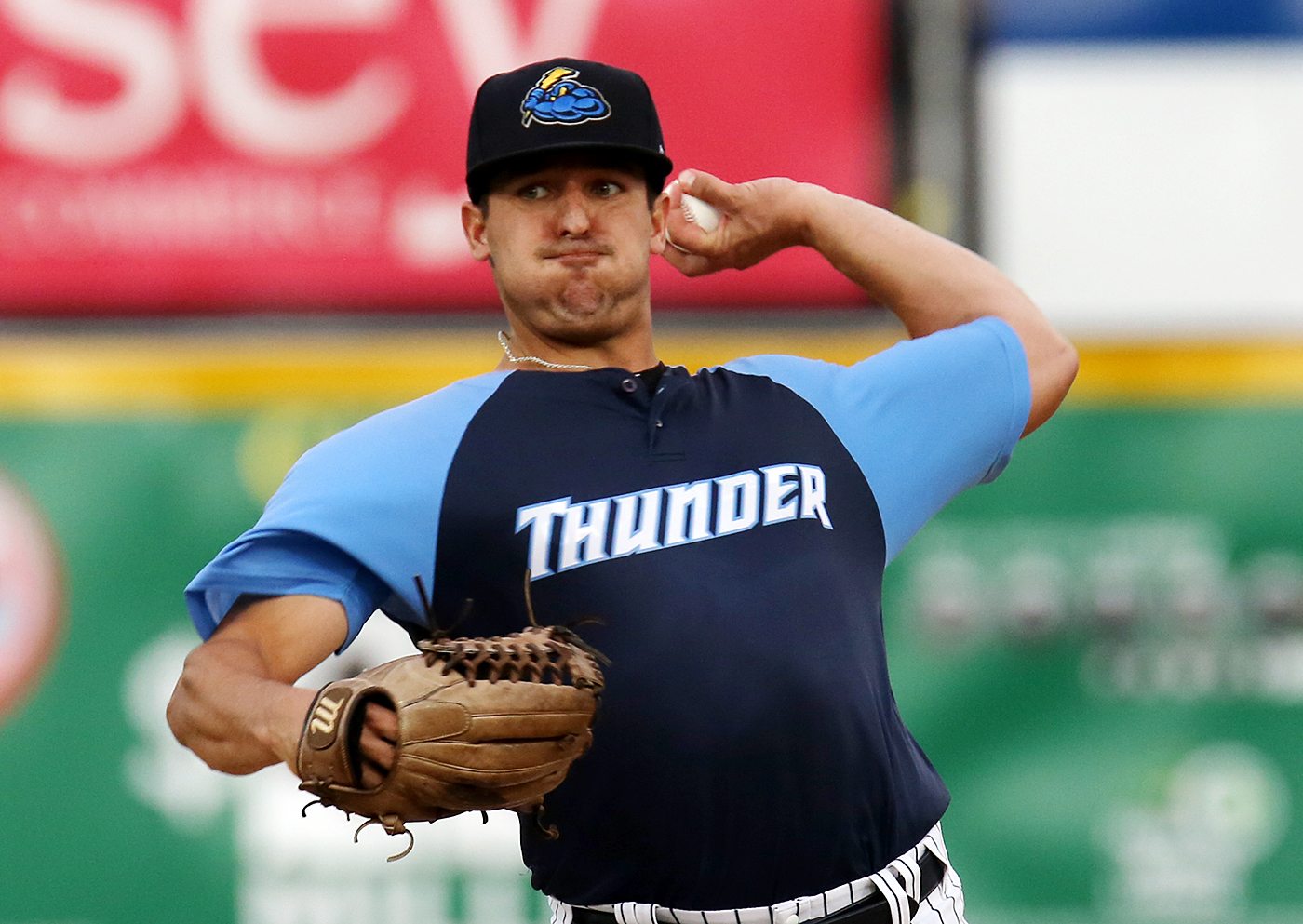 The 40-man roster spots continue to open up for the New York Yankees as they have made their second trade of the day. Just a short while ago, Robert Murray of FanRag Sports was first to report that first baseman Garrett Cooper, and Caleb Smith will be going to the Miami Marlins for right-hander Mike King and international slot money, which cleared up six spots at the time on the Yankees roster.

Cooper was only a Yankee for a short time since he was acquired in a July deadline deal this year from the Brewers for Tyler Webb. He got into 13 big league games for the Yankees (13-for-45, six RBI’s).

While Cooper fared well with the Yankees, with Tyler Austin and potentially Billy McKinney on the 40-man along with Greg Bird, there’s no need for another first baseman on the roster. Cooper was known for his .366 average and 17 home runs at Triple-A Colorado Springs, but the Pacific Coast League is a hitter-friendly league.

Smith was selected by the Yankees in the 14th Round of the 2013 MLB Draft. He was able to make his big league debut last year. The 26-year-old left-hander made two starts (nine games) and had a 7.71 ERA.

This past season, Smith had good numbers at Triple-A Scranton Wilkes-Barree. He went 9-1 with a 2.39 ERA in 18 games (17 starts). His 97 strikeouts in 98 innings were the second most on the RailRiders in 2017 (Chance Adams led with 103). Smith is the third pitcher dealt by the Yankees since Saturday (Nick Rumbelow and Ronald Herrera).

As for what the Yankees got back in this deal, King was drafted in the 12th Round in 2016 out of Boston College. He spent all of this season with Low-A Greensboro in the South Atlantic League. In 26 games, he went 11-9 with a 3.41 ERA as he struck out 106 batters in 149 innings.

King had three starts in 2017 in which he gave up ten or more hits, so he does allow a lot of runners to reach base. In addition to that, the walks will be something to watch. The 31 walks he had his final year at Boston College (2016) was two shy of being in the top ten in the ACC.

In the end, the Yankees use this deal to clear up a much-needed spot on the roster for Billy McKinney and give themselves more money to spend on international players.