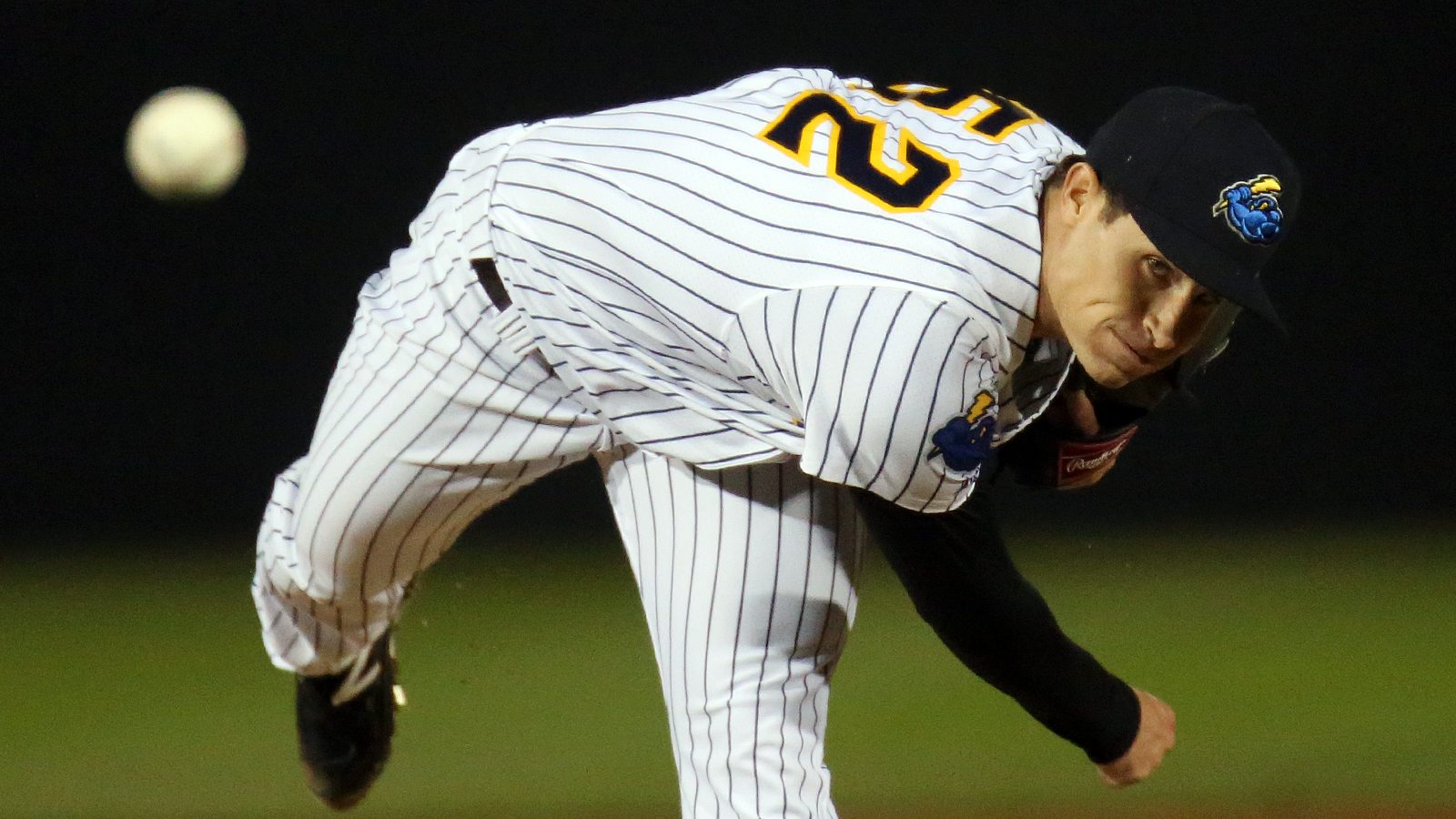 As the Monday deadline approaches for teams to set their 40-man rosters, the New York Yankees cleared one extra space with a trade this afternoon. New York dealt right-handed reliever Nick Rumbelow to the Seattle Mariners for two pitching prospects, left-hander JP Sears and right-hander Juan Then.

Rumbelow, who was selected in the Seventh Round of the 2013 MLB Draft by the Yankees, went 5-1 with a 1.12 ERA in 25 appearances for Double-A Trenton and Triple-A Scranton Wilkes-Barre this past season. In those outings, he had 45 strikeouts to 11 walks in 40.1 innings.

In 2017, Rumbelow made his season debut in June after having Tommy John surgery in April 2016. The 26-year-old did appear in 17 big league games with the Yankees in 2015 and had a 4.02 ERA over that time. With the high amount of reliever options that New York have, that made Rumbelow easier to trade.

For the New York Yankees, they need to make trades like this to clear spots on the 40-man roster for some of their top prospects. Right now, there are three open spots on the roster.

The Yankees might’ve found a good trade partner to help that process in Seattle considering the number of trades Jerry DiPoto has made since becoming the general manager there in 2016. Check out how many trades have been made between the Yankees and Mariners recently:

Monday is deadline to protect from Rule 5, so Yankees may make more minor deals like this in next 48 hours. They’ve dealt with Seattle now 3 times in last 15 months.

As for the players they got back from the Mariners, Sears was drafted in the 11th Round by the Mariners out of The Citadel last June and made it up to Low-A in his first pro season. Between Low -A Clinton and Short-Season Everett, the 21-year-old left-hander had a 0.65 ERA, three saves, and 51 strikeouts in 27.2 innings.

In those 17 games, Sears had four or more strikeouts in seven of them, which is impressive considering he never threw more than three innings in a game. Plus, he did not give up a single home run. Anytime you can add a left-handed reliever with high strikeout capabilities, it is never a bad idea.

This season, Then led the DSL Mariners in strikeouts but was one of four pitchers on the squad to give up 50 or more hits. His best outing of 2017 in terms of strikeouts came on August 7 when he had 10 K’s over five innings (two runs allowed) against the DSL White Sox.

In the end, this trade should work for both sides. Rumbelow will get a chance to compete for a major league bullpen spot while the Yankees add two young pitchers that can help the system down the line and they cleared up valuable space on their roster.