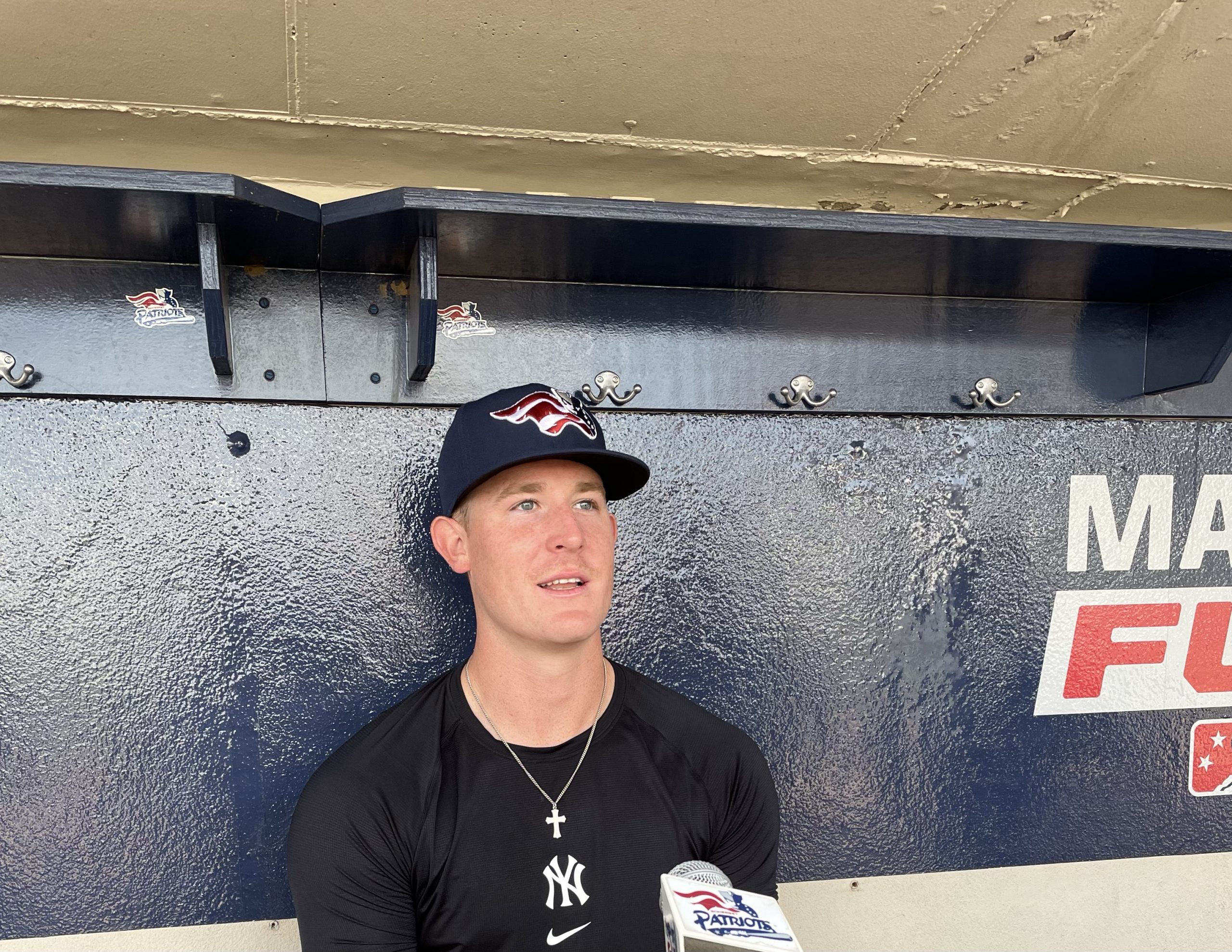 The Yankees spent much of their time at last week’s trade deadline shipping out highly touted prospects for major league reinforcements. One exception though, was the acquisition of right-hander Clayton Beeter from the Los Angeles Dodgers as the return for sending out Joey Gallo. Funny how things work out – Beeter, a Texas-native, grew up rooting for the Rangers and Gallo.

“It’s pretty weird,” admitted Beeter during his first Somerset media availability since the trade on August 2nd. “I told my girlfriend that It’s crazy that I grew up watching him and I just got traded for him.”

Deadline day carries immense excitement for the fans around baseball, but it also brings a level of uncertainty and angst for the hundreds of prospects scattered around the country. Their lives could be swiftly uprooted in the blink of an eye, or as quickly as you can hit post on a social media platform.

“It’s always a thought, I guess,” said Beeter. “I didn’t think I was really going to get traded. We were actually going to a road trip, and I saw on my phone that a Yankees fan actually commented on my Instagram post and was like, welcome to the Yankees. I looked over at my buddy and was like, that’s a little weird.”

Beeter added, “Then all of my friends started texting me – I guess it came out on Twitter, and so that’s how I found out. It was another hour, hour-and-a-half before I actually knew officially from a phone call.”

While the value of Gallo to the Yankees had plummeted after a horrid first-half, they actually were able to net back a highly thought of prospect in Beeter. The 23-year-old was the Dodgers 2nd-round draft selection out of Texas Tech in 2020, netting an impressive $1.2 million signing bonus- Baseball America had Beeter ranked as the Dodgers 15th best prospect prior to the trade and he now slots in at 16 in the Yankees list. 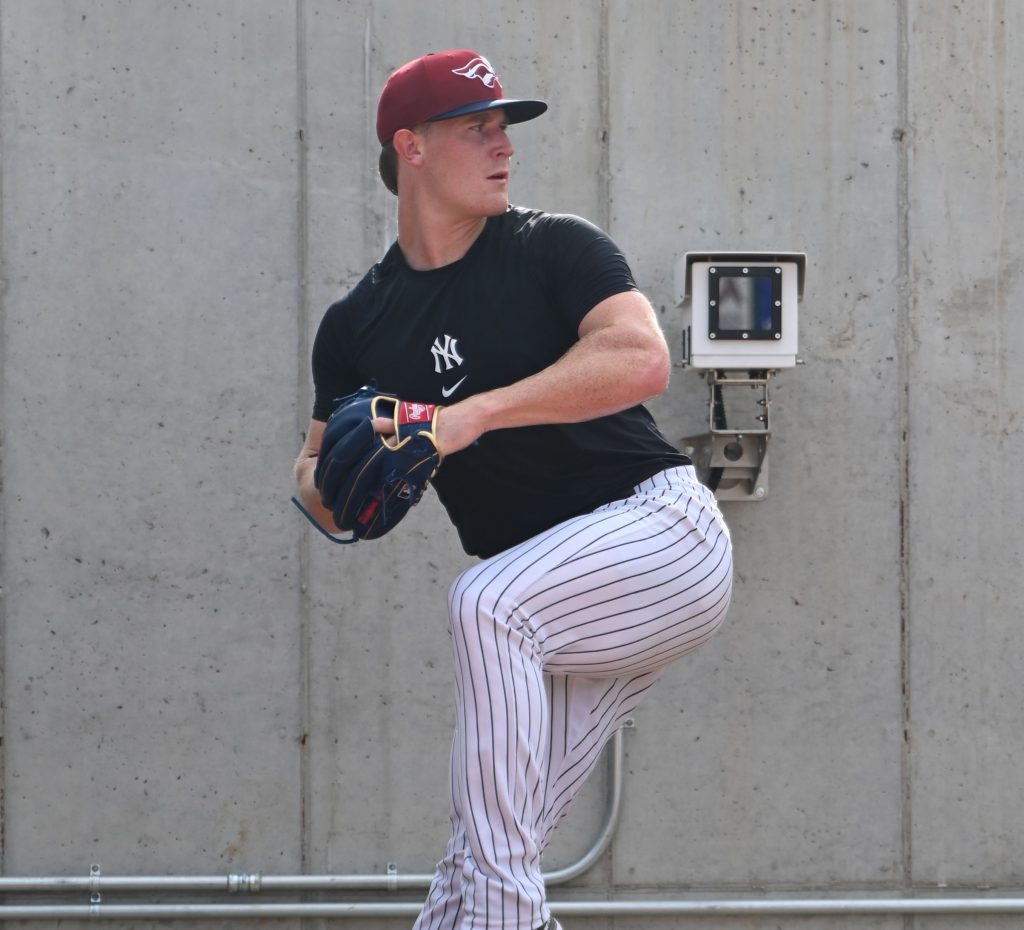 “I was really excited for a fresh start,” admitted Beeter. “But I was also sad to leave my teammates; I had been there for two years and made some really good friends over there, but I was really excited to come here. Especially coming to the Yankees – it’s not like I was going to a lower-level organization. I knew the Yankees take pride in what they do.”

Beeter added, “I thought that the Dodgers treated us well, but it’s honestly another level here. I’ve been blown away; the facilities are amazing; the guys are really cool, and they’ve made me feel really welcome.”

The Dodgers utilized Beeter in shorter intervals at Double-A Tulsa over his 18 appearances (16 starts) this season. He has not gone more than four innings in any outing during his two-year career in pro-ball. It definitely feels like a protype “opener” workload, especially given that Beeter uses only a two-pitch mix of a power fastball and curveball.

“I think I am going to continue starting and hopefully get to throw some more pitches and build-up through the end of the season,” said Beeter. 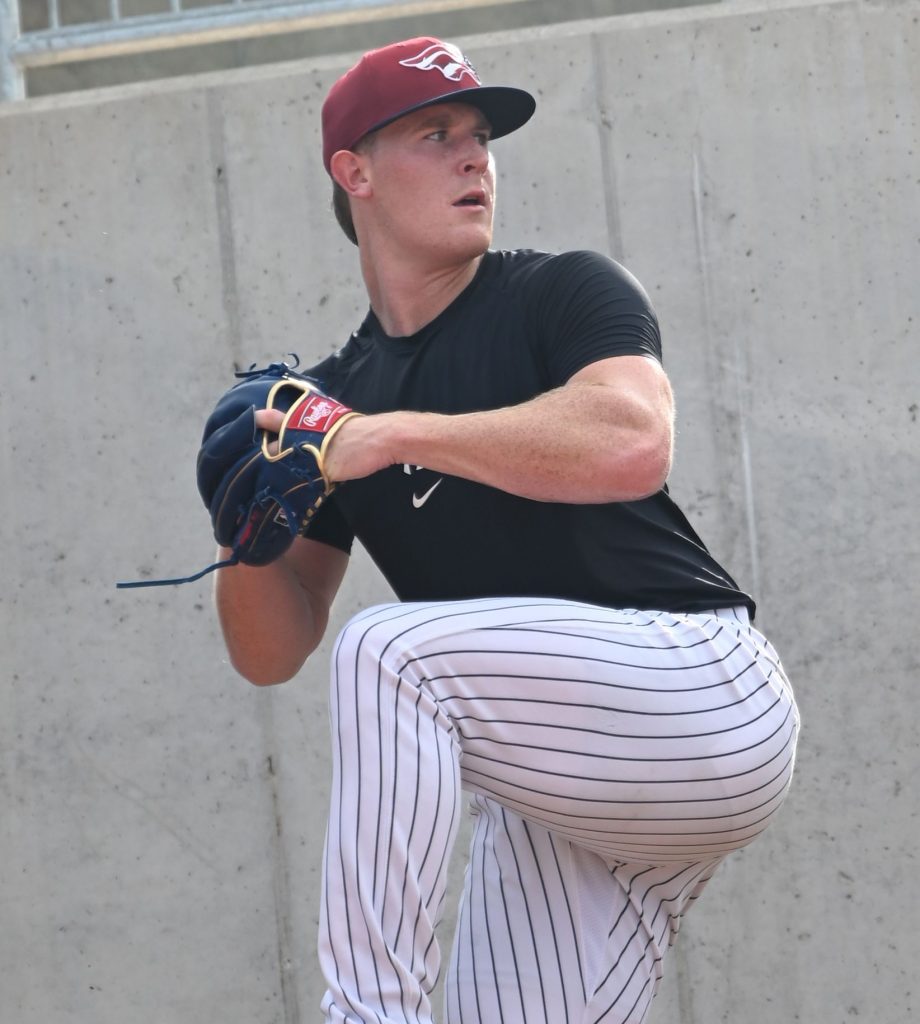 Beeter pointed out a keen difference between the Yankees and his former organization. “The philosophies of how protective the Dodgers were of most of the arms,” explained Beeter. “It seems like here they’ll let us pitch more and kind of make our own way.”

His first go around in the upper levels has been a bit of a struggle and the numbers aren’t what you would expect. Despite the 5.75 ERA and 1.61 WHIP, Beeter has managed to fan 88 in just 51.1 innings of work while holding the opposition to a .235 batting average. If you take out two tough outings he had while entering as a reliever, his ERA would fall nearly a full run to a 4.83 mark. Beeter is hoping the change of scenery and introduction to a new pitching program can unlock the consistency that has wavered for various stretches during his young career.

“I think just landing my off-speeds a little more,” said Beeter. “I guess I’m not as upset with my season as the numbers look. I don’t really feel like I need to change a whole lot. It’s just refinement and getting a little bit better in some areas and I think things will start going a lot better.”

Beeter is slated to make his organizational debut for Somerset in Wednesday night’s match-up with Hartford at TD Bank Ballpark.