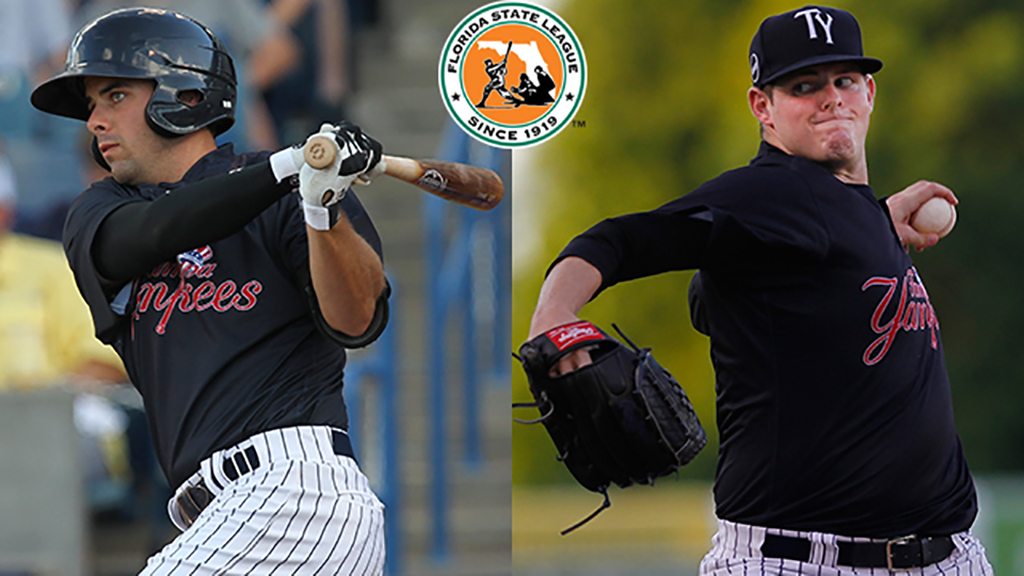 Tampa, Fla. – The Florida State League named Tampa Yankees OF Michael O’Neill Player of the Week and LHP Jordan Montgomery Pitcher of the Week today. This honor was for games played August 24 – 30, 2015.

Montgomery pitched in one (1) game for a total of six (6) perfect innings. He struck out eight (8) batters. This is the second year of professional baseball for the 2014 First-Year Player Draft Pick (4th Round) from Sumter, South Carolina.

The Tampa Yankees are the Single-A Advanced Affiliate of the New York Yankees. For more information about the Tampa Yankees call (813) 673-3055 or visit www.tybaseball.com.