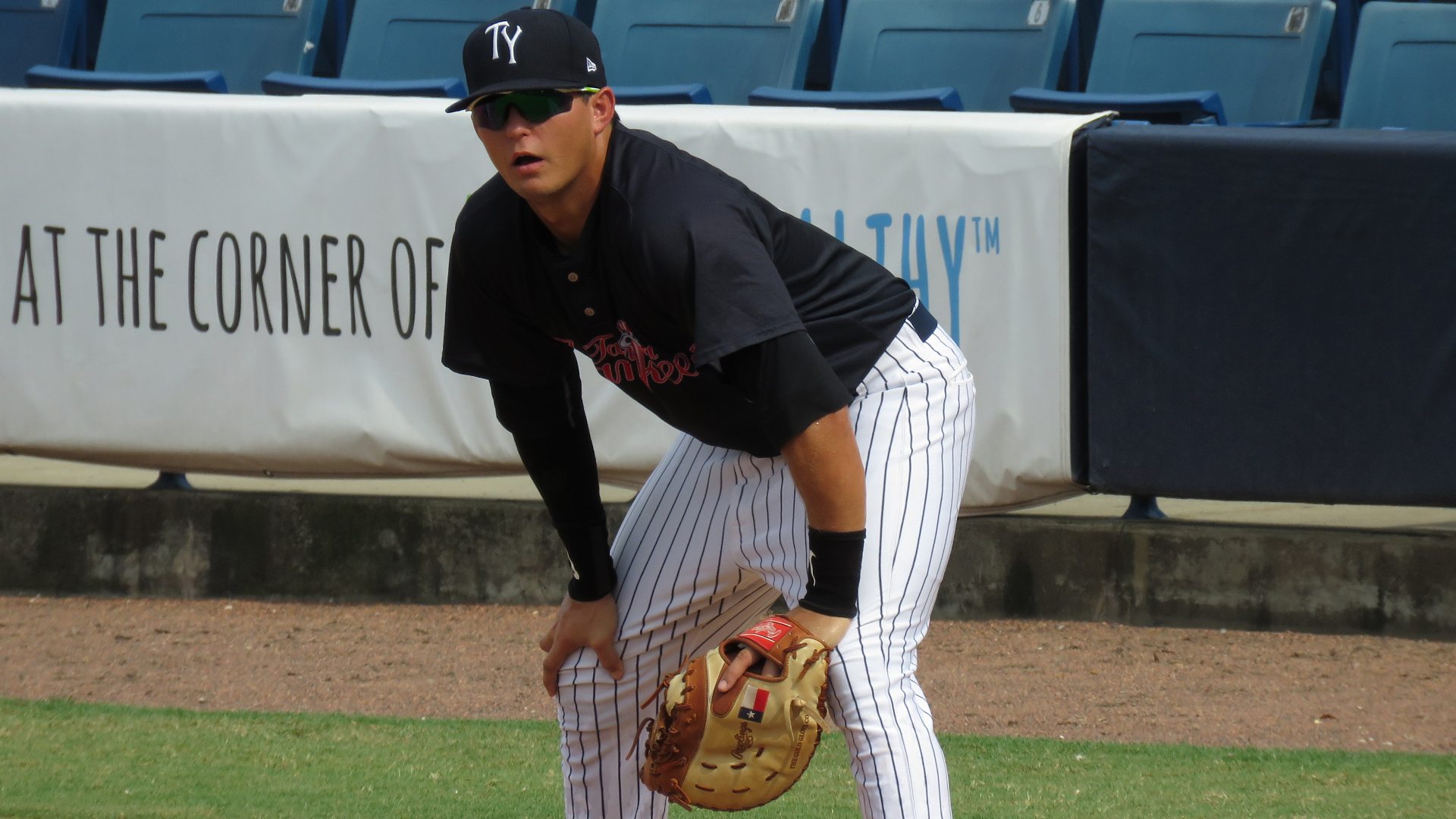 Kevin Cornelius with the Tampa Yankees in 2016 (Bryan Green)

Kevin Cornelius is one of many Yankees prospects on the move. After starting the season in Pulaski, he was then promoted to High-A Tampa after taking the Appalachian League by storm. In 13 games, Cornelius posted five doubles, six homers, and 21 RBIs. He then would have a solid season for Tampa, contributing to their huge offensive season. With a .277 average, he’d add on nine doubles, seven home runs, and 27 RBIs. Cornelius did have some things to improve on from last season, fielding and size being some. I talked to Cornelius about his time in Tampa last season, playoffs, and how he’s preparing for whatever may come in 2017.

Starting in the playoffs, what was it like heading in? What was your mindset?

“I think I’ve been in the playoffs every year since becoming a Yankees; I think two or three of them have been with Pat Osborn. I was comfortable; Pat’s an awesome manager, and he takes it pretty seriously, but he has the same managing approach he has the whole season. So he stays consistent, and that keep us consistent. Although the outcome of the actual Championship series wasn’t what we wanted, I feel like all throughout the team did well, and I think everybody was happy with this season, we just didn’t get the outcome we wanted.

Did you know before the playoffs that there would be no games at Steinbrenner? Did you feel being on the road for two series hindered the team at all physically or mentally?

“No, we had no clue. It was a little bit of a shock at first, but then once we found out, we were okay with it. I don’t think the home-field advantage mattered to us especially since our stadium plays so big. I think a lot of the hitters were a little happy we were going to be playing at the Jays and Pirates park because they’re more hitters’ parks. I don’t think that (travel) affected us too much, maybe the traveling every day may have had a response from us because we didn’t have that chill-out time. We didn’t have that time to relax and prepare mentally as well as we could if we could sit in the clubhouse at home, you know? We were trying to get to the field, trying to get to the bus on time, and trying to get to the field on time. So I think that might have had a little bit of an effect, but that’s no excuse. I don’t think it affected us so much that that’s why we didn’t win.”

What did you specifically feel you needed to work on heading into the playoff series?

“At third base, I’d have some troubles defensively; I got into a throwing slump at third. Going into Bradenton I thought that was going to be an issue, but I only played first base and DH so that kind of subsided. Pat brought me into his office and sat me down and told me you’re not going to be playing third at all, so that took off some pressure.”

Did Pat have you as a player again give you a sense of comfort on where you’d be or where he’d want you to be?

“Absolutely, I mean Tampa’s the highest level I played at by far and never playing at that level I had some back-of-the-mind insecurities about how I would possibly perform, but when I got there and talked to Pat he said ‘No man, you’re going to be fine, you can do it’. So having Pat there to tell me that, and my level could play at High-A really relaxed me.”

Cornelius had seven hits and four RBIs combined in the two playoff series.

What are some takeaways from 2016 for you compared to 2015? Have your off-season workouts changed because of what you’ve learned?

“From 2015-2016 I learned a lot about myself as a player and what I need to do to help a team and be successful. In 2015, I had a small injury and didn’t know how to cope with my body as well, and in 2016 at the end, I feel like I know what I need to do as a player and what I need to do to prepare myself every day to compete. I think that got a lot better from 2015-2016. I’m focusing more in transferring bad weight I used to have to good weight. Not carrying as much fat and turning that into muscle is going to help me stay healthier through the season. I don’t need to bulk up so much as I need to focus on workouts that are going to lean me out and focus more on fast twitch muscles rather than larger muscles. And so I’m focusing more on agility stuff and leg strength and hip strength rather than all-around body-bulking.”

What do you want the Yankees organization to see in you moving forward?

“I want them to see that I’ve had a lot of ups and downs injury wise and playing wise, that I’ve earned everything that I’ve gotten, that nothings been handed to me and I’m not just going to give up, and I’m here until they tell me I’m not good enough to play anymore.”

Cornelius spoke on all he needed to work on and was. His fielding was something he mentioned further, and working on his body and agility will transfer to the field in 2017. We also asked what coaches were working on with him in 2016, and he mentioned the same. “Footwork at third and all-around defense. I had some troubles there once I got to Tampa. It’ll be something I focus on in the off-season“. Expect to see just that from Cornelius next season, a leaner and agile player in the field and at the plate.

When we asked him about what his ‘next step’ needs to be, he noted health and consistency. “The preparation pregame, preparing for the pitcher and the hitters, defensive placement, what pitches are thrown in counts, my preparation for both of those is what’s going to help me stay consistent and reach those levels.” Cornelius will start next season with High-A Tampa more than likely, whether he’ll be playing third or not is the question. If he continues to struggle defensively his future may be at first or DH, but he clearly knows what he needs to do to stay at third, and continue success at the plate.