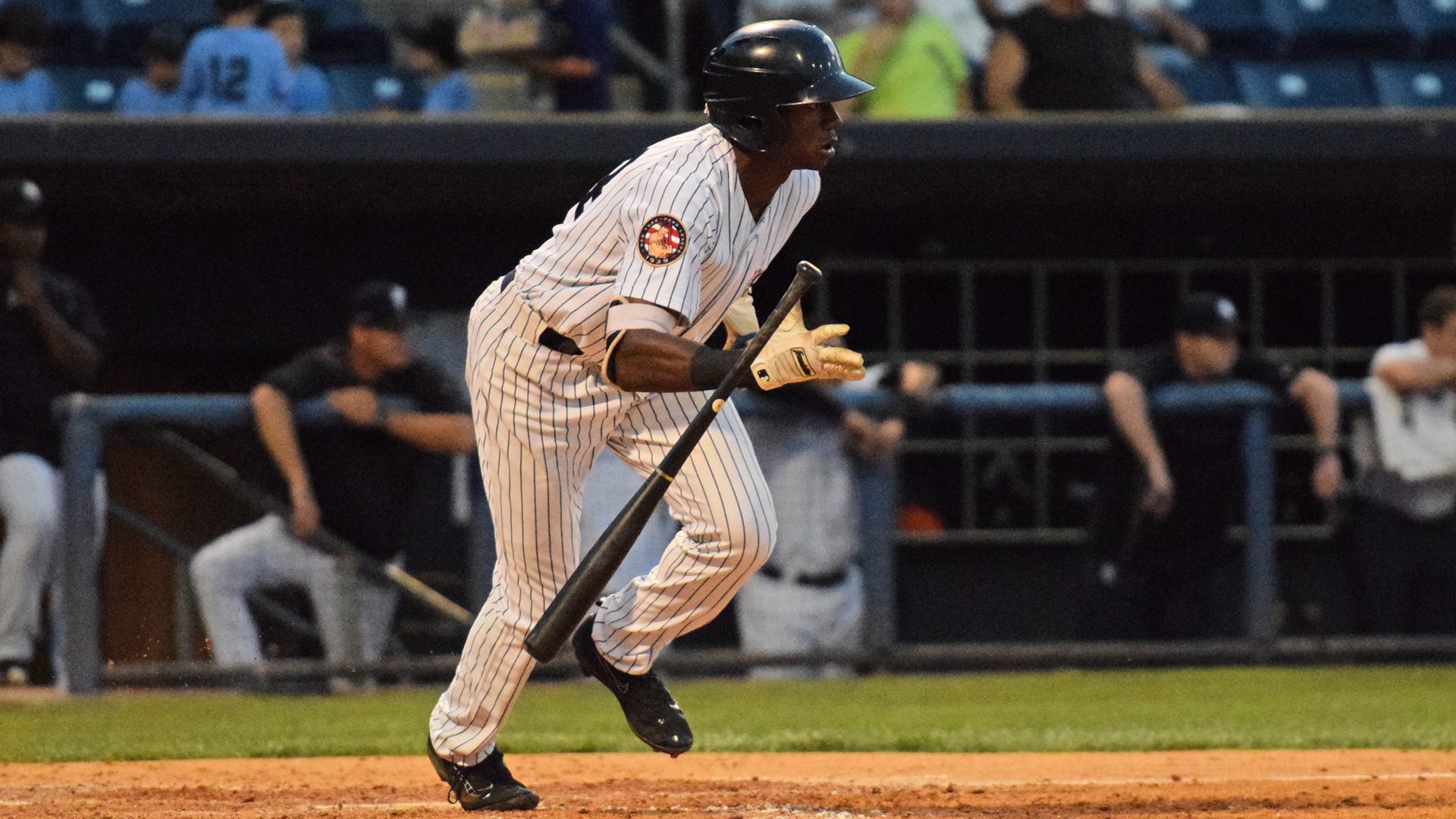 STATEN ISLAND-On Tuesday night, the Staten Island Yankees and Aberdeen IronBirds played a game that indulged both fans of quick baseball and fans of pitchers’ duels.

The Baby Bombers probably didn’t care about what kind of game it was, though they’re perfectly fine with the result, as DH Kendall Coleman hit a walk-off sacrifice fly that scored Timmy Robinson, complimenting 9 shutout innings from Freicer Perez and Justin Kamplain in a 1-0 victory.

“(Perez) was really in the zone with his fastball, he really gave it life,” said Staten Island manager Dave Bialas. “(Kamplain) was awesome. He cued his pitches real well, his changeup, his breaking ball, he pitched well.”

With the win, Staten Island (35-27) reentered the New York-Penn League playoff picture, moving back ahead of Connecticut by a half game for the lone wild card spot. The Tigers, who swept the Yankees over the weekend, fell to Hudson Valley later that night.

“The pitchers have throwing really great as of late,” Coleman said. “Today it felt great to finally get the pitcher a win. Freicer threw great, Justin threw great, so it feels good, especially after just getting swept.”

The shutout victory was quick and efficient, taking just 2 hours and 19 minutes to complete. It featured tremendous victory from the home side at Richmond County Bank Ballpark, as Perez threw six innings, allowing just one hit, and striking out six. He did not allow a hit through the first 4 ⅓ innings.

He was relieved by Kamplain (1-1), who completed the shutout, tossing a trio more of run-free innings. He ran into a bit of jam in the 8th, as Alejandro Juvier led off with a single. After he moved to second on a sacrifice bunt, Juvier stole 3rd, despite C Jerry Seitz’s throw appearing to beat him there. Bialas briefly came out and argued the call with umpire So Yamauchi, to no avail.

Controversy was avoided, however, when Kamplain retired Jerry McClanahan and Kirvin Moesquit to end the frame and keep the zero in the run column in place.

“I thought the ball was there in plenty of time, I thought the tag was made,” Bialas said. “I thought (Yamauchi) was in no position to make that call. It’s tough with a two man staff, but I thought no doubt he missed it.”

With bats on both sides mostly silenced throughout the evening, Staten Island’s 9th opened things up with a double by Robinson. After Kane Sweeney walked, Angel Aguilar singled, loading up the bases. Coleman took the bat, and hit a deep fly to left field. The out was made, caught by Jaylen Ferguson, but the damage was done. Robinson scored from third, and the celebration was on, as the Yankees stormed the field, celebrating Coleman’s 13th RBI of the season by dousing 2013’s 11th round pick with the refreshment from the Gatorade bucket.

“The guys in front of me did a great job of getting on,” Coleman said. “The only thing that was going through my head was that I had to get the ball in the air. I got a good pitch to hit and I did my job.”

Back in the playoff scene, at least temporarily, the Yankees are looking to stay in that place. It begins with this trio with Aberdeen, which continues tomorrow night.

For more on the Staten Island Yankees, keep following pinstripedprospects.com.