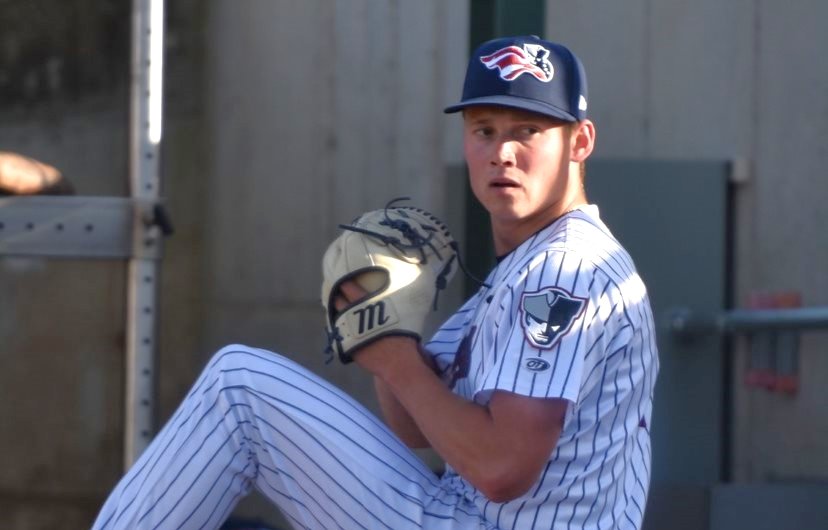 Will Warren. Photo by Chris Jones.

Somerset right-hander Will Warren has been through quite the whirlwind in the last calendar year. The 22-year-old hurler, making just his tenth professional start, fired six innings of one run ball against western division leading Akron on Wednesday night to earn his first win at the Double-A level.

“It went well [tonight],” said Warren following the Patriots 2-1 victory over the RubberDucks. “It gives you confidence in just executing your gameplan and trusting the guys behind me.”

Warren made his final college start for Southeastern Louisiana University on May 26, 2021 and was shortly thereafter selected by the Yankees in the eighth round of the amateur draft last July. With just eight professional starts under his belt, all coming with High-A Hudson Valley, Warren was promoted to Double-A a few weeks back on May 28 – clearly a vote of confidence that the organization believes he is an arm that can ascend through the system very rapidly.

“Yeah, for real. It happened fast,” explained Warren. “I had my goal to start out in High-A after spring training and I accomplished that. I was not expecting to be moved up this quick, but here I am. I am just trying to go out there and do my thing every time. Just coming into the Yankees organization from a small school, I’m learning all kinds of stuff. Taking that information that they give me and putting that into my gameplan and how I execute pitches, that has allowed me to be successful.”

Warren added, “It is surreal to think that I was just in college last year, but you can’t think about it too much. Just go out there and do your thing; they’re not going to put you in a situation if they don’t think you are going to have success.” 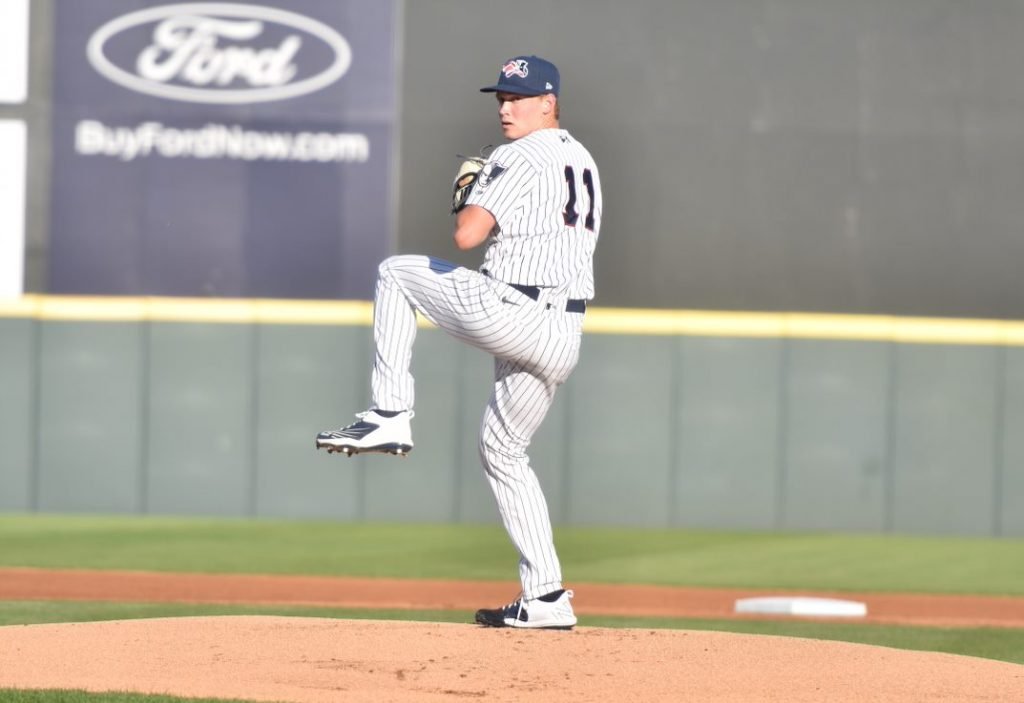 Will Warren. Photo by Chris Jones

In eight starts for Hudson Valley, Warren fanned 42 batters in 35 innings and held the opposition to a .234 batting average while posting an impressive 1.11 WHIP, but things did not go as swimmingly for him in his upper-level debut last Thursday in Binghamton. He allowed five earned runs on seven hits and issued two walks over 4.2 innings and suffered the loss in a 5-3 Patriots defeat.

“First one in Double-A, I was a little nervous,” admitted Warren. “I settled in there for a little bit, but obviously one pitch got away from me and that changed the entire outing. It happens – you learn from it and you move on and start getting ready for the next one.”

The 6-foot-2, 175-pound Warren primarily sits 92-95 MPH with his fastball and throws a heavy dose of sliders. Mike Ashmore did a nice job of detailing the evolution of his ‘unicorn’ slider in a recent piece, which you can find here. Though Warren has only fanned four batters in two starts after fanning over a batter-per-inning at High-A

“You’re always pitching to contact early,” said Warren. “The faster that you can get out of the inning, the faster these guys can go score runs for you. It’s not all about the strikeout, I guess. I am pitching for weak contact and strikeouts along the way always help.”