Opinion: Cost to Bring Britton Back is Too Much If Not His Old Self 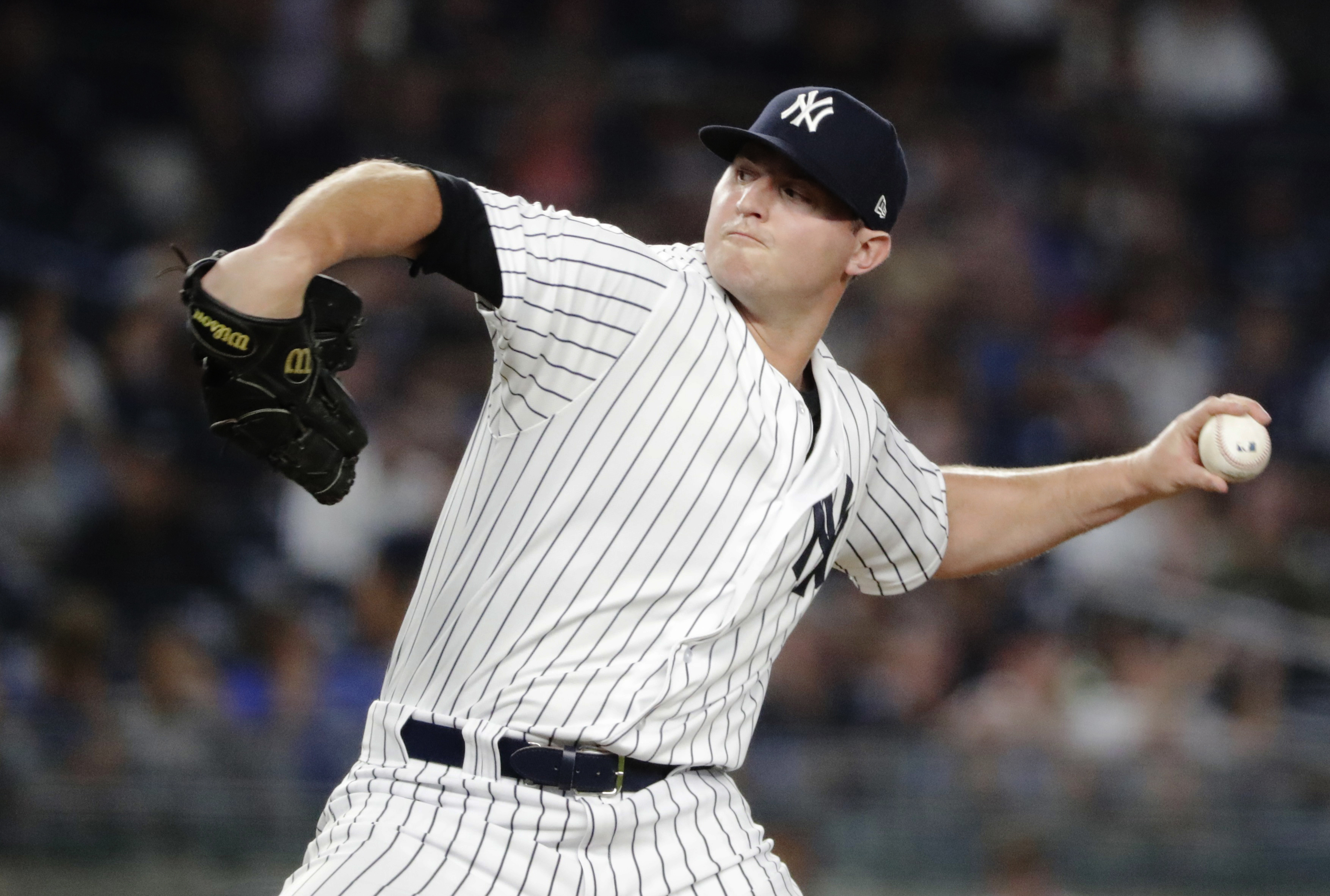 Immediately following the Philadelphia Phillies signing David Roberston to a two-year deal, the Yankees shifted focus to Zach Britton. On Saturday, the Yankees and Britton agreed to a three year, $39 million contract. The Yankees have a club option for the 2022 season. Britton also has an opt-out after the 2020 season.

By signing Britton, the Yankees have fortified the back end of their bullpen for the 2019 season while leaving room for further additions. As of now, Britton, Betances, and Chapman will man the last three innings by committee. They also have a late-inning option in Chad Green and have plenty of internal options in Tommy Kahnle, Domingo German, Jonathan Loaisiga, Luis Cessa, and Chance Adams.

The Yankees adding Britton does not mean they are done adding more relievers. In all likelihood, they will make a push for Adam Ottavino. He has, in 77 2/3 innings pitched, posted a 2.43 ERA and 112 strikeouts. He’s also got potentially the most effective slider out of any reliever in baseball. Would he be an absolute upgrade over David Robertson, maybe not, but he would add plenty of depth.

The only real issue that I see with Britton’s contract is that he may not be worth $13 million a year. He by no means had a very good 2018, and it is unlikely that he will pay off the money paid to him with his performance in 2019. While he will likely improve, I do not think it will be worth 13 million dollars. In 40 2/3 innings pitched in 2018 Britton recorded a 3.10 ERA with 34 strikeouts and 21 walks. FanGraphs Steamer projections have Britton recording a 3.01 ERA, 53 strikeouts and 22 walks over 55 innings pitched in 2019. I do think that he will get more usage than that, and he can surpass those projections if he finds a way to get back to his old self.

What we saw too often as hampering Britton in 2018 was his propensity for walking batters, and more specifically, his inability to accurately locate his sinker at times. Britton suffered from his highest BB% in 2018 at 13%, while his second highest was in 2017 at 11.2. Before that, in 2015 and 2016, he did not walk nearly as many batters as his BB% in those years 5.5 and 7.1% respectively. A lot of that has to do with the injury problems that have hampered Britton recently. Britton was recovering from an Achilles Tendon injury for the entirety of 2018.

What the Yankees may be thinking is that a fully healthy Zach Britton can replicate what he once was. The Yankees also had a glaring need for a lefty reliever in the bullpen. Britton is likely the best option to fill that need. Nonetheless, the Yankees appear to have overpaid to an extent for Zach Britton. He has not shown whether or not he can return to his old form. If he doesn’t, the Yankees may need to make a midseason move for another lefty reliever. At the end of the day, all he needs to do is be a solid piece to a championship. If he can do that, he will be viewed as plenty worth what he is being paid.