Opinion: Where Do The Yankees Go From Here? 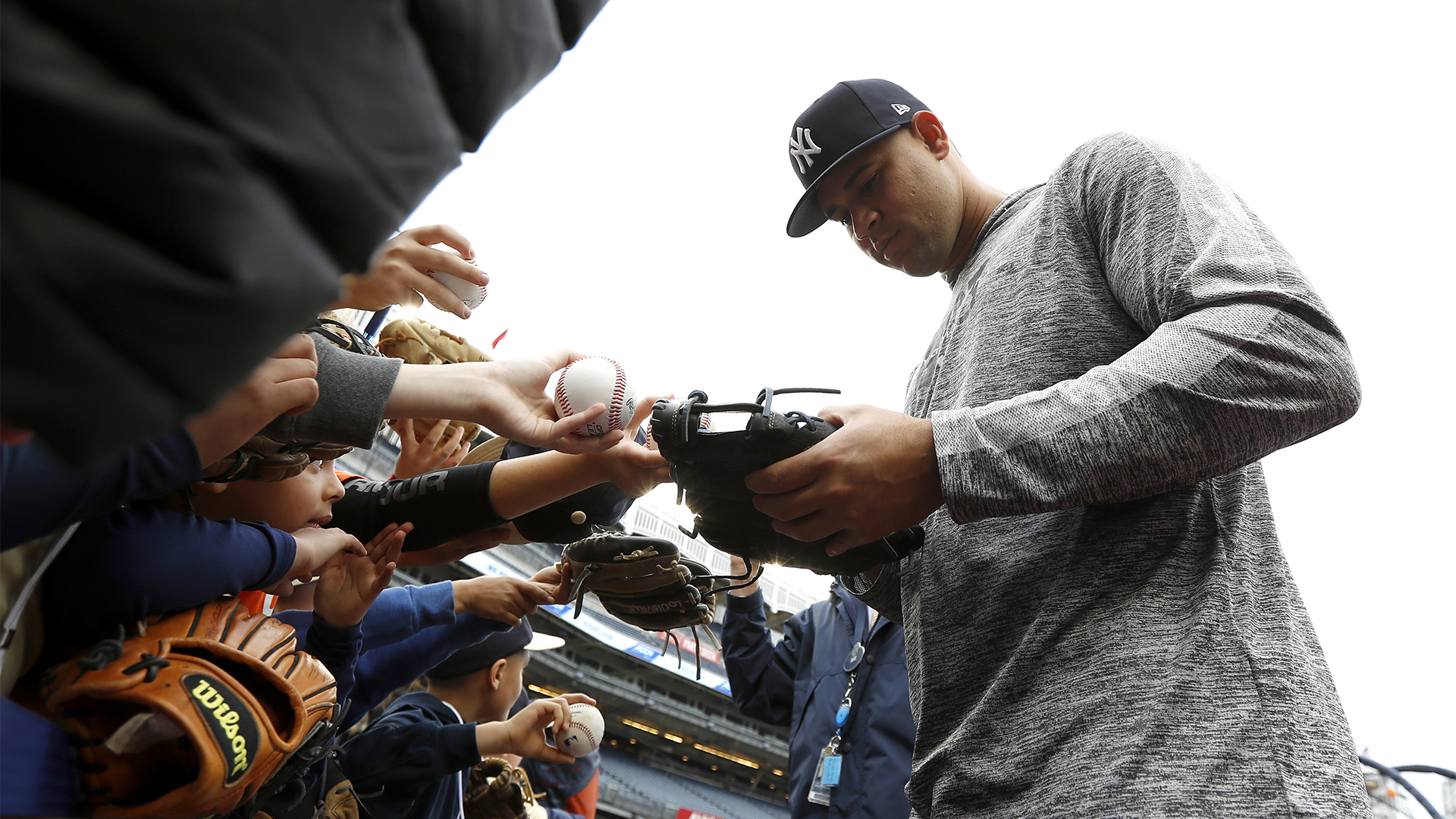 With CC Sabathia being activated prior to his start this afternoon against the Chicago White Sox, the New York Yankees have 11 players on the injured list. Luis Severino, Jordan Montgomery, Dellin Betances, Ben Heller, Miguel Andujar, Didi Gregorius, Troy Tulowitzki, Aaron Hicks, Jacoby Ellsbury, Giancarlo Stanton, and Gary Sanchez are all on the shelf. 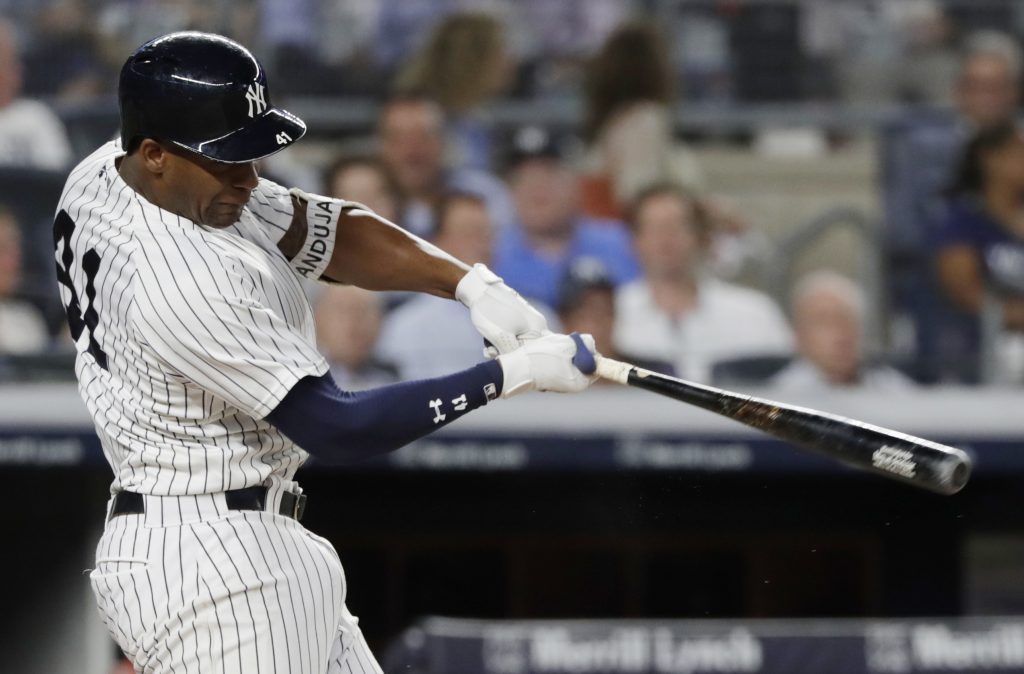 Miguel Andujar and the Yankees are hopeful that he would not need surgery to repair a partially torn right labrum. (AP Photo/Frank Franklin II)

First, here is a quick breakdown of the injuries and timetable of return for the Yankees eight key players on the IL:

Severino – This past Tuesday, the right-hander experienced a setback as an MRI revealed a Grade 2 lat strain on his right side. The Yankees number one starter who just signed a four-year extension this offseason was initially sidelined during spring training with right rotator cuff inflammation. Now, Sevy will not throw a ball for six weeks pushing back his best-case scenario timeline of return to July.

Betances – The free agent to be just experienced a setback from his rehab of a right shoulder impingement on Thursday. Betances subsequently returned to New York City for an MRI and has been shut down for three weeks with no activity. He will receive a cortisone shot today and his new timetable has been set for 6-7 weeks, once he resumes baseball activity. The flamethrower is now dealing with a lingering spur in the back of his throwing shoulder.

Andujar – While there is optimism among some that Andujar could attempt to play through a partially torn right labrum, I fully expect the Dominican native to miss the rest of the season and undergo surgery to repair the tear.

Gregorius – After undergoing offseason Tommy John surgery to repair a torn right ulnar collateral ligament that was suffered in Game 2 of the 2018 ALDS in Boston, the shortstop has been on the mend as he continues his rehab in Tampa, FL at the Himes Player Development and Scouting Complex. It is safe to say he will be back by August, if not sooner. This is of course pending any setbacks of his own.

Tulowitzki – Gregorius’ replacement didn’t last too long this season before sustaining yet another injury. After missing time dating way back to July 2017, Tulo played in just five games before suffering a left calf strain. His is expected to miss the remainder of April and hopefully be back before early June.

Hicks – The Yankees starting centerfielder could be cleared for on-field rehab in Tampa, FL this upcoming week following a diagnosis of chronic back pain this spring. He didn’t have any preparation for the season so if everything goes according to plan, he could make his 2019 debut sometime in May.

Stanton – After straining his left biceps muscle on an awkward swing in March 31st’s contest against the Baltimore Orioles, Stanton has been progressing and should return later this month. Manager Aaron Boone has said he could return pretty quickly once he is cleared, requiring a rehab game or two.

Sanchez – Fresh on the IL, Sanchez will return right around when Stanton will be back. His MRI on Thursday revealed a left calf strain. The Yankees will play this one super-conservative as they do not want this to linger the entire season.

J.A. Happ has not pitched to expectations for the Yankees (AP Photo/Seth Wenig)

How is the team faring without a vast majority of its lineup? Well, New York just lost the series opener to the lowly Chicago White Sox in a rain-shortened contest. The club had a four-game losing streak following a three-game sweep at the heels of the Houston Astros before their victory on Saturday. As it stands now, the Yankees have a record of 6-8 and sit in second place, 5.5 games back of the scorching hot Tampa Bay Rays.

While you can’t win the division in April, you can certainly severely damage your chances. James Paxton and J.A. Happ haven’t pitched up to their potential, the Yankees defense looks atrocious, and the bullpen is severely struggling while being overused early on in the season. 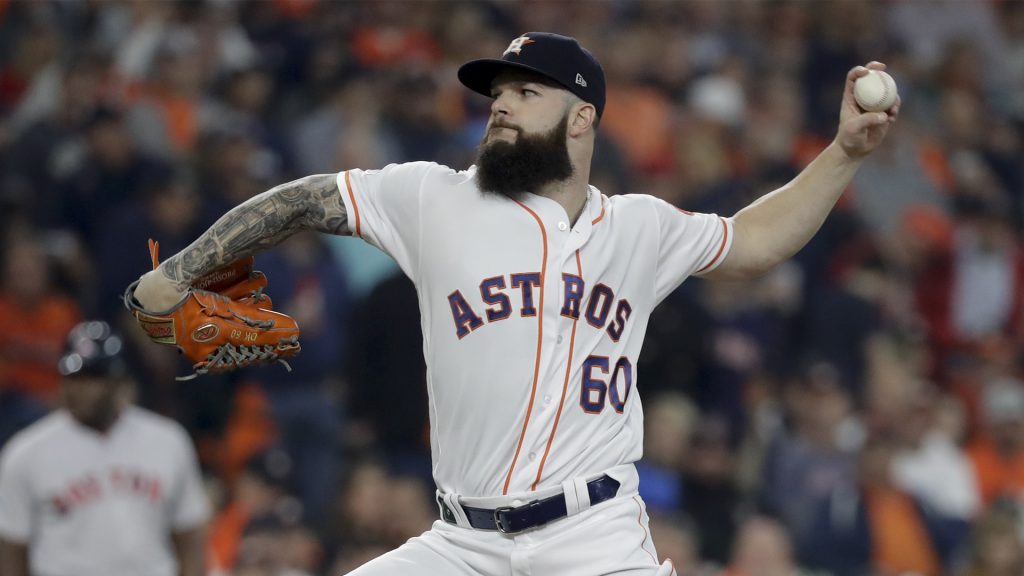 Many Yankees fans have been vocal that the team should sign veteran pitcher Dallas Keuchel (AP Photo/David J. Phillip)

So, the billion-dollar question is what do you do? Should Cashman be on the phone trying to make a series of shrewd trades? Do you go out and bolster the rotation by signing former Cy Young award winner Dallas Keuchel?

If it was me in the GM’s seat, I would sit tight until Stanton and Sanchez are eligible to return while doing your due diligence on what is available via trade, and definitely not sign Keuchel.

Before you stop reading and get all mad at a lack of over-reaction, allow me to give a brief explanation.

First, you are simply not going to replace Severino, Stanton, Sanchez, Hicks, Betances, and Gregorius for a whole host of reasons. For starters, no team has the assets to acquire four All-Star caliber players along with two other well above replacement level players. Secondly, it’s way too early for the vast majority of teams to quit and sell off big pieces, especially when they can shop their assets at the new singular trade deadline at the end of July.

Signing Keuchel would be the worst thing to do in my opinion. He has a draft pick attached to his name and as it stands now the Yankees have multiple selections on day one of the 2019 First-Year Player Draft. The last time they had multiple picks they selected a guy named Aaron Judge. That is in addition to the fact that it will take some time for Keuchel to be big league ready. A top draft pick is simply not worth giving up for around six starts from Keuchel. 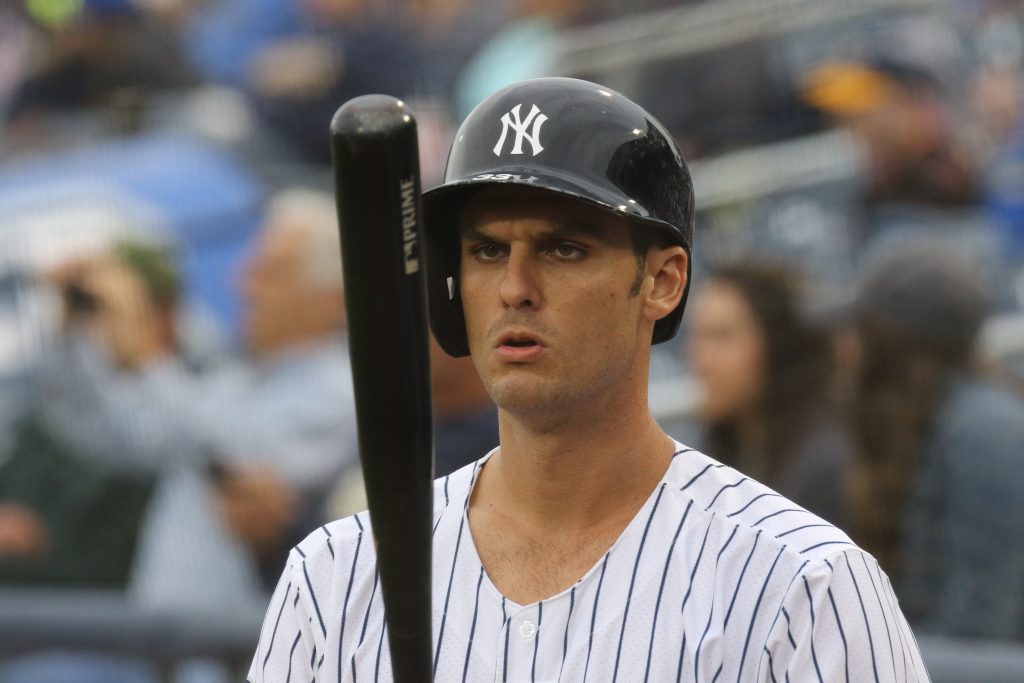 Is it time for the Yankees to cut their losses with Greg Bird? (Martin Griff)

A few names to check up on via trade would be Blue Jays first basemen Justin Smoak, Jake Diekman from the Kansas City Royals and a host of San Francisco Giants including Sam Dyson, Tony Watson, Yangervis Solarte and Erik Kratz.

That is because in my mind only current Yankee players who are worth moving on from at this point is Austin Romine, Greg Bird, and maybe even Tyler Wade. All three have severely underperformed this season and have been given their chances. It might be worth cutting bait and giving other players an opportunity to see what they can do. When you give opportunities to players and they don’t perform, you have to move on, especially in New York.

In closing, the probability of anything significant actually happening is very slim. Sit tight Yankee fans, it looks to be like we are in for a long-lost season. I know it’s early and I am not one for excuses, but things don’t project great for 2019. Tampa Bay is really good, by the time we get everyone healthy it looks like there will be an insurmountable gap between us and the Rays to win the division.

Having said that, at the end of the day it’s not how you start; it’s how you finish. The hottest teams in October are the ones who win championships. If the Yankees weather the storm and are in striking distance of one of the two wild card spots, it might not be the worst thing in the world.