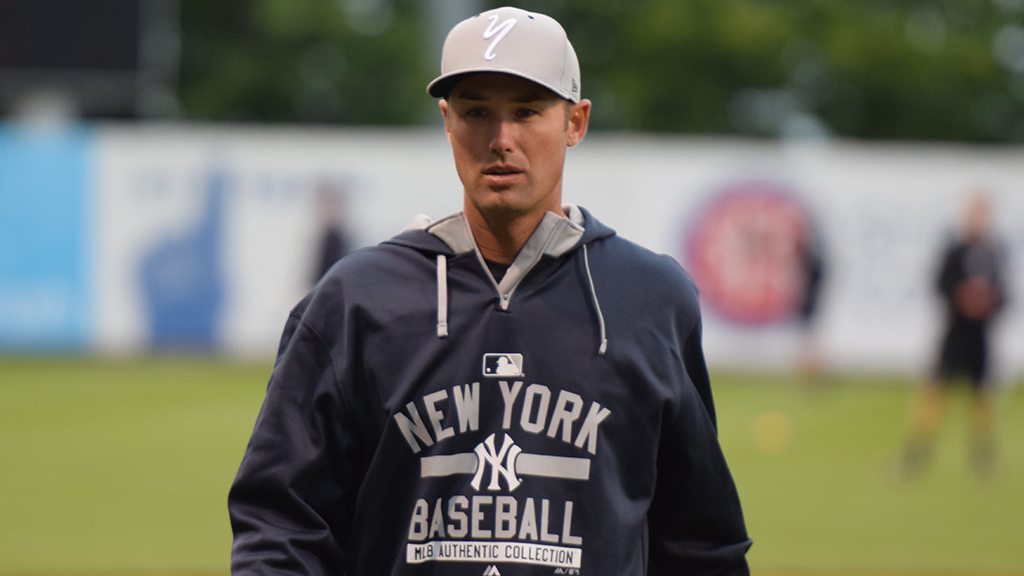 Patrick Osborn enters his third season in the Yankees organization and his first with Tampa. He managed the Staten Island Yankees in 2015 leading the club to the NYPL Championship (41-34). In 2014 he managed the GCL Yankees and led the club to a first-place finish in the Northeast Division (35-25). He spent three seasons (2011-13) as manager of the Southern Maryland Blue Crabs, a member of the independent Atlantic League of Professional Baseball and led the Blue Crabs to three consecutive postseason berths.

Tom Slater enters his eighth season as a coach or instructor in the Yankees organization and his second with Tampa. He most recently served as the Yankees’ minor league hitting instructor in 2013 and 2014 and was Double-A Trenton’s hitting coach in 2012, helping the Thunder lead the Eastern League in home runs and slugging percentage. He managed short-season Single-A Staten Island in 2011, winning the NYPL Championship. He also served as the GCL Yankees manager in 2009 and 2010, leading the team to a first-place finish in ’09. Prior to joining the Yankees, he spent four seasons (2005-08) as the head coach at Auburn University.

Michael Becker begins his fifth season as a trainer in the Yankees organization and third with Tampa. He worked with Single-A Charleston in 2013 and short-season Single-A Staten Island in 2012. He previously worked as an athletic training student intern at Triple-A Scranton/Wilkes- Barre during the 2010 season and graduated from Ithaca College with a B.S. in athletic training in 2011.

Joe Siara enters his fourth season as a strength and conditioning coach in the Yankees organization and his third with Tampa. He spent 2013 with short-season Single-A Staten Island. Siara graduated in 2006 from Indiana University with a degree in kinesiology and exercise science. In 2008, he received a master’s degree in human performance from the University of Florida.