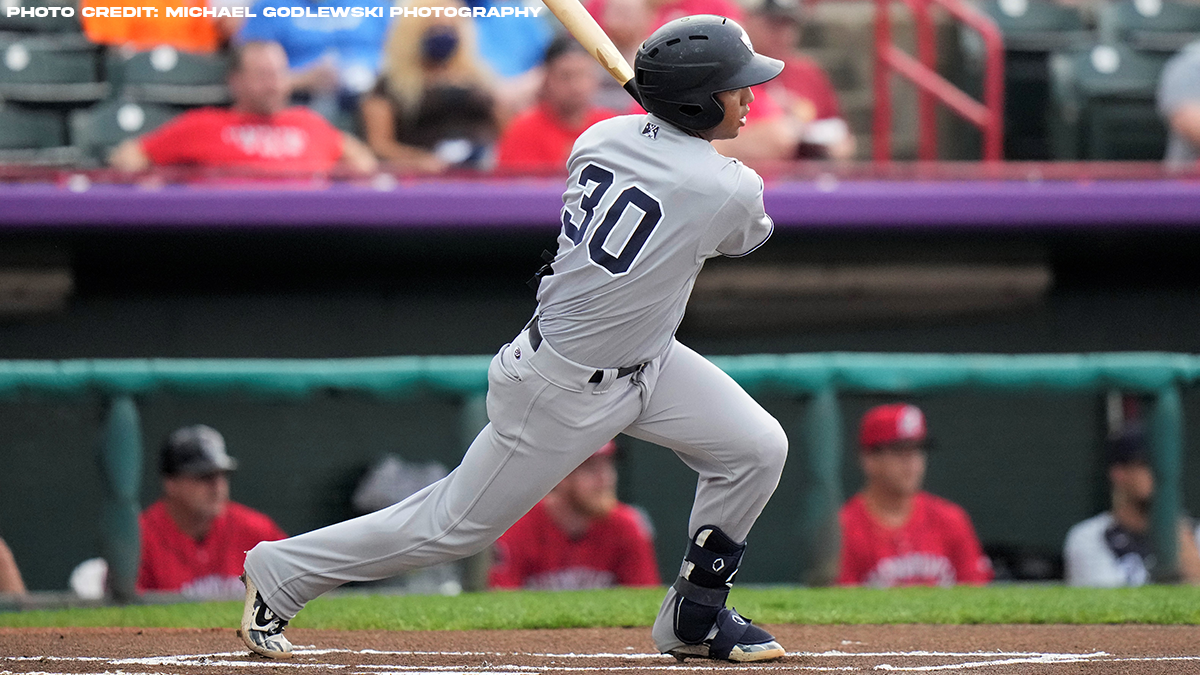 Just a few hours before hitting his first homer at the Double-A level on Friday night, Somerset shortstop Oswald Peraza met with the media in a group zoom interview session for the first time since being promoted from High-A Hudson Valley on Tuesday. The highly-touted 20-year old Peraza, who is expected to make his home debut with the Patriots on his 21st birthday on Tuesday, was the High-A East Player of the Month in May and overall slashed .306/.386/.532 with five homers, 16 RBI in 28 games with the Renegades.

Peraza says that he was extremely excited to get the news of his promotion from his manager, Dan Fiorito, earlier in the week.

“I was excited when I heard the news that I was coming over here [to Somerset],” said Peraza through translation from Patriots manager Julio Mosquera. “That was one of the goals that I set for myself in spring training. I wanted to go over there [Hudson Valley] and do my best and give everything that I had in the first month and see if I could dominate. I spent just the first month there; that was my goal and I accomplished that goal to basically do a really good job and earn a promotion.”

Mosquera added, “I was excited when I heard that he was coming. He’s a great person first and foremost, and he is a tremendous athlete and I think that he is going to bring a lot to our team.”

The Yankees added Peraza to the organizations 40-man roster during the offseason in order to protect him from exposure in the Rule 5 draft. The Venezuelan product says that he worked hard in the offseason to refine his offensive approach and utilized a specific plan that the Yankees gave him in order to increase his power production. Thus far it has paid off – the righty already has blasted six homers on the season, eclipsing his previous career-high of four which he set back in 2019. 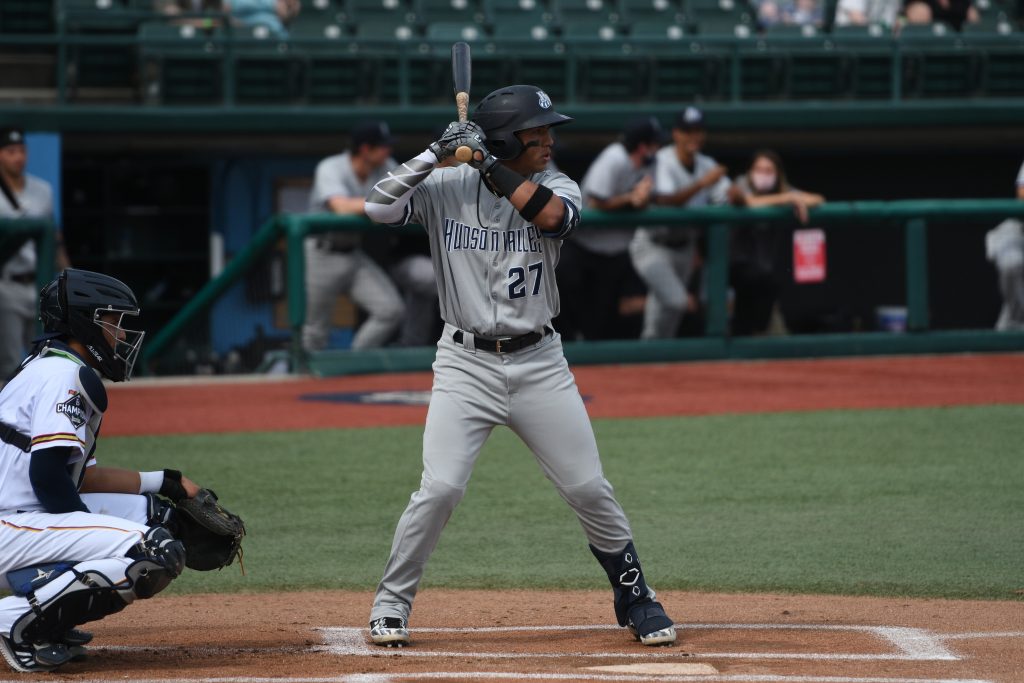 “I tried to work on my launch angle a little bit because I had a tendency to hit a lot of balls on the ground,” admitted Peraza. “It was something where I was trying to get the ball up in the air a little bit more and it seems to be working for me right now.”

Not only is Peraza’s power production up, but he is also on pace to surpass his previous career-high of 23 stolen bases, which he also established back in 2019. In just 32 games this season, the speedster has already swiped 16 bases in 17 attempts.

“Yeah, I want to excel past that single season record of mine, I think is 23 bases,” said Peraza. “I want to see if I can get out there and steal a bag, either one or two a day and just keep going. That is one of my goals – to make sure that I get better at it and to just continue to go out there and steal bases.”

Peraza says he has worked closely with Yankees bench coach and former infield coach Carlos Mendoza and hitting coach Marcus Thames a great deal during spring training to develop a consistent routine and a good game plan on both the defensive and offensive side of the game moving forward. 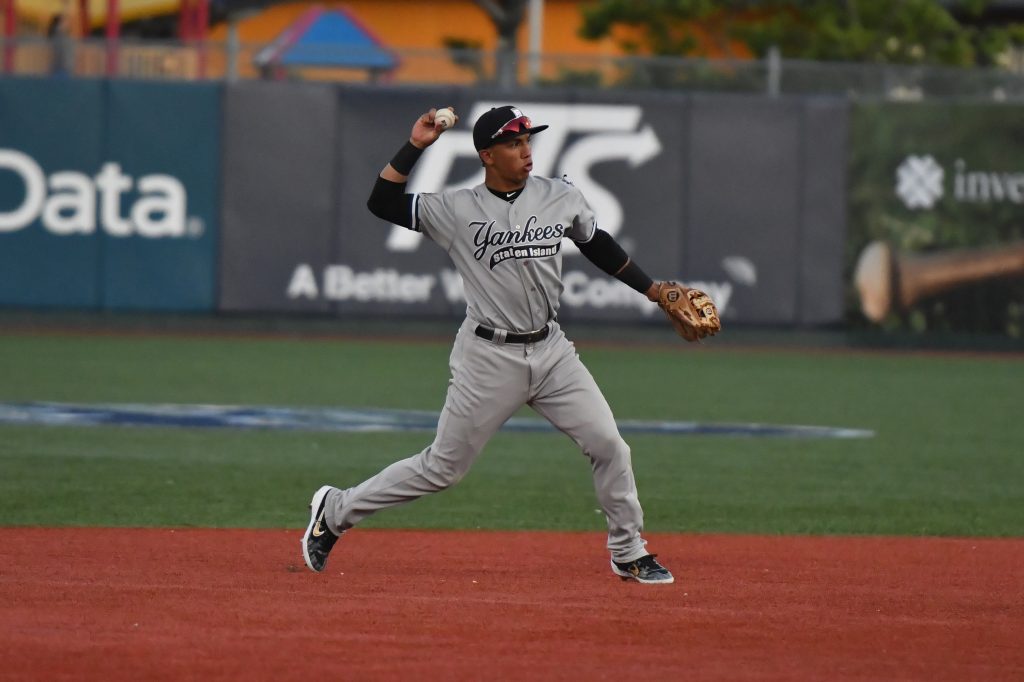 With a refined routine and his overall numbers up across the board, Peraza has all the makings of a five-tool player that teams so highly covet around the game. Just two weeks ago, Baseball America added Peraza into their most recent update to their respected top-100 prospect list – Peraza comes in at 98 overall on that ranking and would seem to be in prime position to continue his ascension up that list. 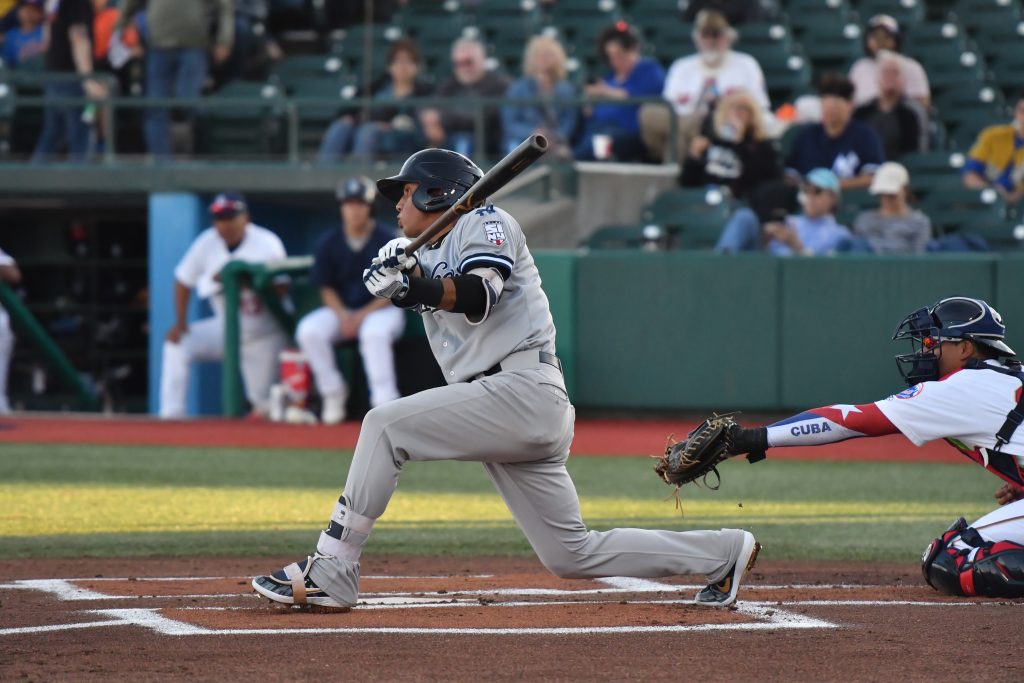 Mosquera says that the plan for Peraza is for him to stick exclusively at shortstop, which is the only position that he has played during his career. With guys like Diego Castillo and Oswaldo Cabrera also on the roster, the infield now seems a bit crowded with Peraza now in tow. Those guys now figure to see a majority of their reps at either second or third base, or short when Peraza gets an off day.

“Oswald is a very exciting young player,” said Mosquera. “He has got a lot of talent and a lot of tools and he brings a promising career. I think that the talent is going to take him there; he is very smart for his age and he is very committed to what he wants to do.”