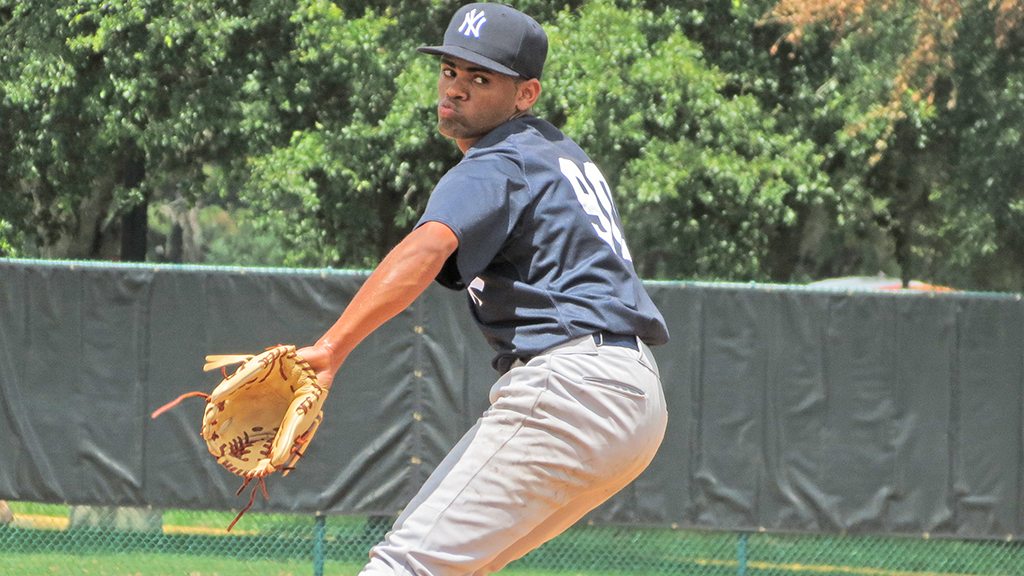 Right-handed pitcher Jonathan Padilla of the Pulaski Yankees was named the Appalachian League Pitcher of the Week for the week ending on September 7, 2015.  Padilla split the season between the bullpen and the rotation for the P-Yanks after being promoted from the Dominican Summer League in the middle of June.

This past week Padilla was 1-0 allowing just 1 hit over 5 innings of work, striking out 3 batters.  Overall this season he had a 2-1 record for Pulaski with a 2.40 ERA over 30 innings across 8 games, 4 starts.  He struck out 25 batters and walked 8 for the Yankees.