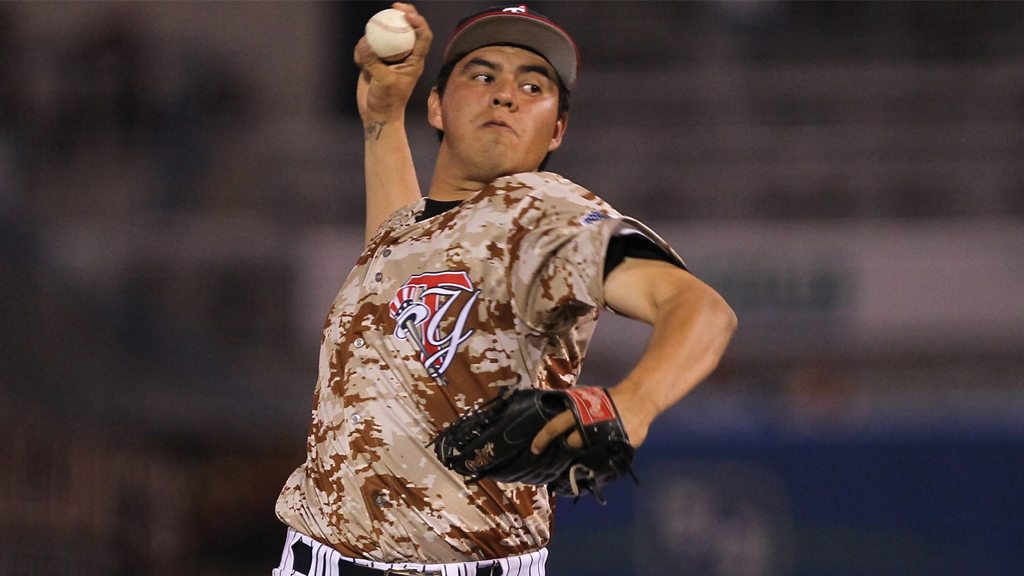 Vargas, 23, has been the Yankees organization since he signed as an international free agent in February 2009.  He made it as high as Triple-A Scranton/Wilkes-Barre this past season with 3 games for the Yankees highest minor league team.  Overall he pitched to a 6-0 record with a 3.08 ERA in 73 innings out of the bullpen over 40 games.  Most of those innings came at Double-A where he earned his 6 victories and had a 2.79 ERA in 43 games for the Trenton Thunder.

Cesar is a three-pitch pitcher that has a low-mid 90s fastball that has topped out at 96 MPH in some outings as well as an above average curveball and changeup.  In his early days in the system he was a starter, having started 25 games in 2013 and throwing 120 2/3 innings.  In 2014 he was moved into the bullpen and been one of the better relievers in the Yankees system.