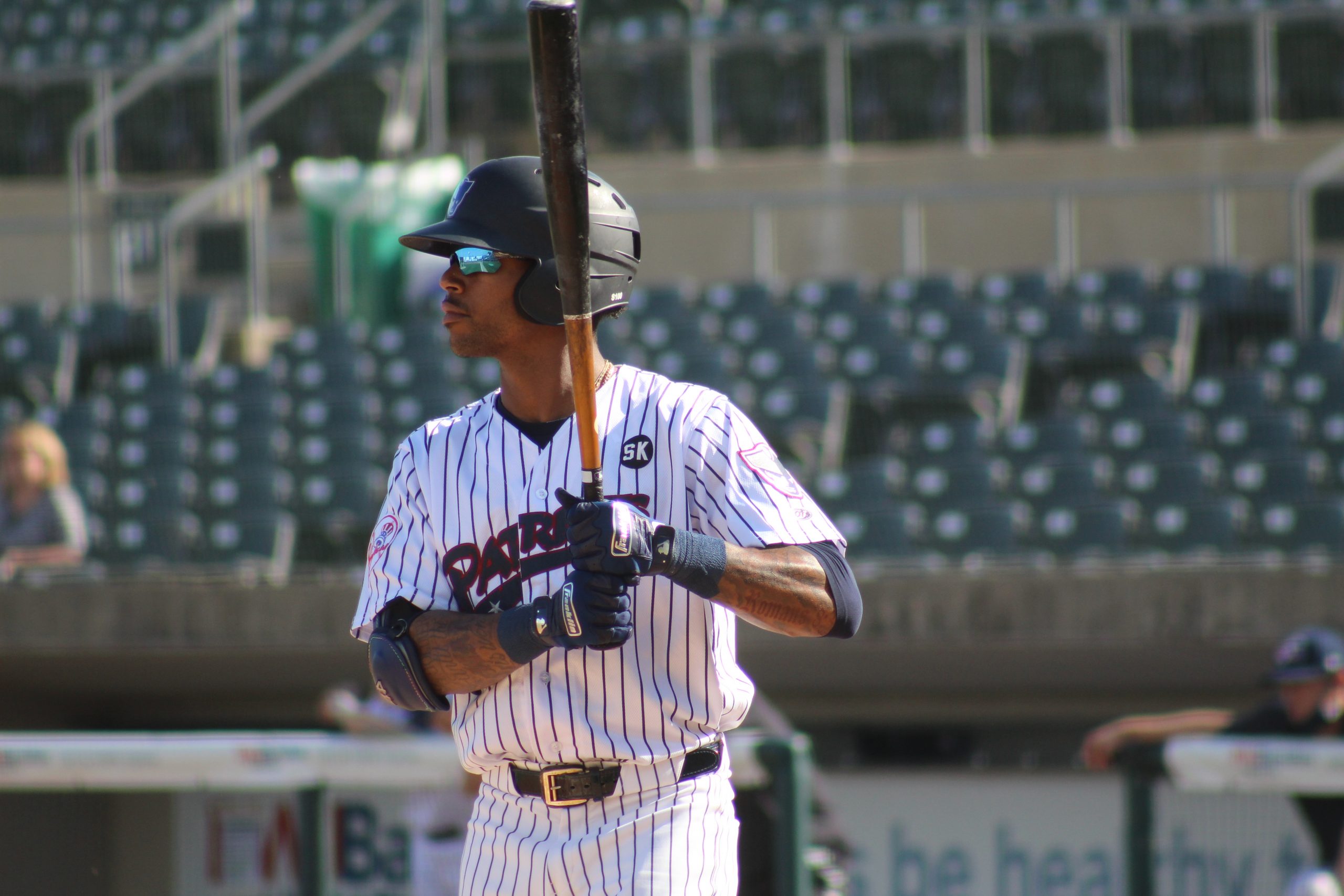 The Somerset lineup has changed often over the first three months of this 2021 season. Many of the original names on the opening day lineup card have since been promoted to Triple-A and the big leagues or even traded to other organizations for reinforcements. In spite of that revolving door of faces on the roster, the Patriots offense has managed to post a league best slugging percentage and OPS while blasting the most homers in the Double-A Northeast league. Outfielder Isiah Gilliam has been with Somerset since opening day and after a tough start to the campaign in May, has quietly been one of Somerset’s most consistent hitters for the last two months as a glue guy in that order.

“The last two months have been incredible,” said Patriots hitting coach Joe Migliaccio. “When you take away his first maybe 25 games and you look at his body of work since then, Isiah has to be one of the best hitters in our organization, if not, in all of minor league baseball.”

“I was just knocking the Covid-dust off,” Gilliam laughed. “In spring training they did a good job with us in trying to get our reps, but it’s just so much different playing under the lights in that first month and then fans coming back into the stadium and game speed just gets really fast really quick. I just had to take a deep breath  and kind of settle in and just understand where I’m at and see what the other team is trying to do as far as getting me out and making a plan off of that.”

Gilliam added, “When I was struggling in May, I kept telling myself that I’ve got to contribute somehow. If the power numbers aren’t there, you need to be playing good defense. If you’re not hitting doubles, you need to be walking and getting on base and try to get into scoring position as soon as possible just to help the team. I just think it’s all about when you come to the field, try and doing something productive.” 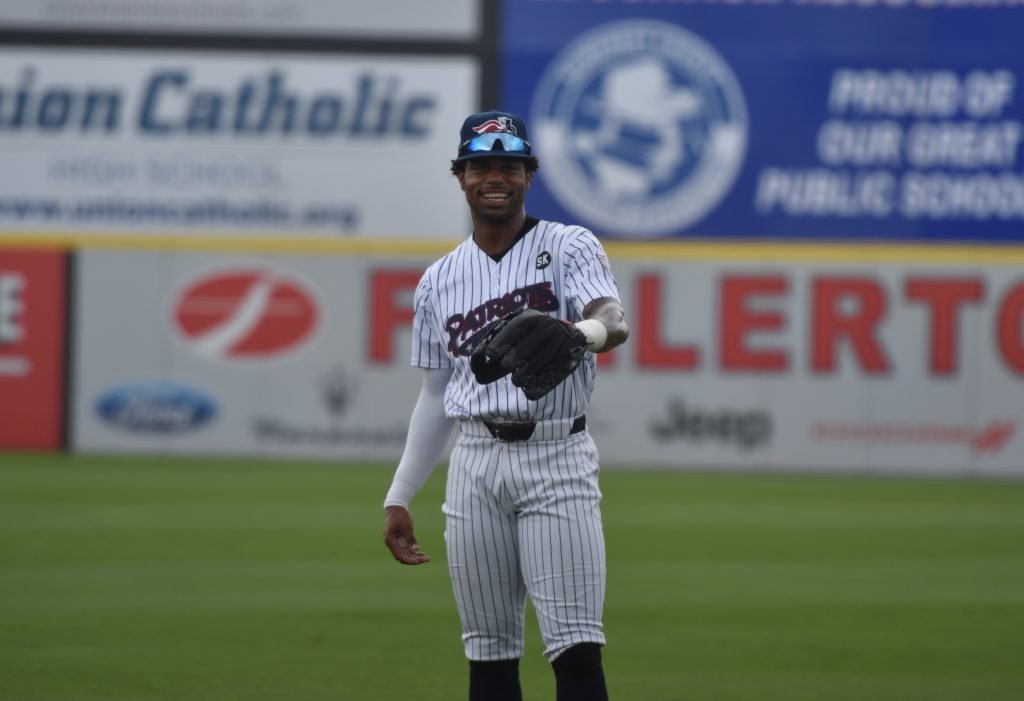 Being productive is exactly what Gilliam has been; his .367 on-base percentage is a team-high mark and he is on pace to establish career-high numbers in both extra-base hits and walks drawn. Gilliam has already walked 33 times in just 199 at bats. For comparison, he walked just 36 times in 474 AB in 2018 and 42 times in 410 AB going back to 2019. Certainly seems like a key ingredient for his recipe to success.

“Baseball can seem so complicated,” said Gilliam. “But if you wanted to break it down in its most simplistic way as far as being successful in the box, it simply comes down to swinging at strikes, being in a good count and understanding what the pitcher is trying to do to you. You just want to ride the wave. Baseball is a little bit of a luck and it’s a little bit of skill. There are things that I am doing recently as far as staying in my legs and my swing. I’m getting in good counts; that’s important.”

“Early on he [Isiah] was just expanding the strike zone a little bit and trying to do some damage with some pitches that aren’t necessarily as easy to deal with,” explained Migliaccio. “In just sitting down with him and really discussing his approach and discussing with him that ‘hey, you’re chasing outside the zone and pitchers are starting to take advantage of that trend, let’s just tighten this up a little because when you swing at your pitch you absolutely crush it. When you swing at their pitch, you either swing and miss or don’t have the same quality of contact.’

Migliaccio added, “The big thing for him was simply just tightening the strike zone because he is incredibly strong; he has good contact skills and at this point in the season, when you take away those first 20-25 games, he’s had a fantastic season and that trend will continue to go the way that it is.” 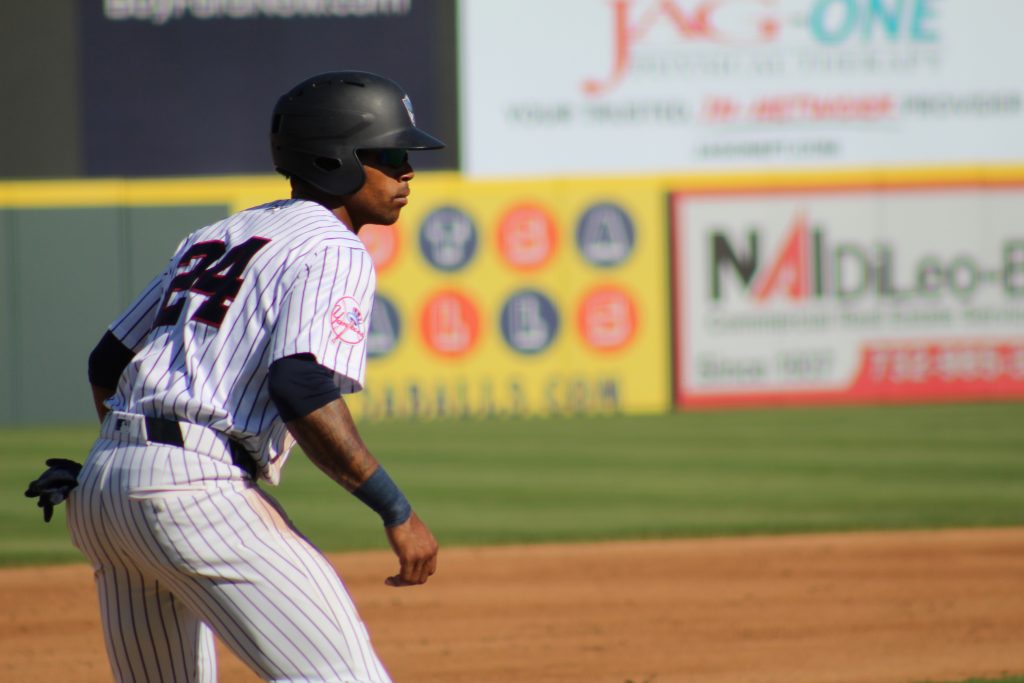 Hit-strikes-hard. That is the ringing anthem that Migliaccio preaches to all of his hitters and it has certainly seemed to resonate up and down the Somerset roster. Guys like Diego Castillo, Oswaldo Cabrera, Michael Beltre, Donny Sands along with Gilliam are just a few examples of prospects that have put in an immense amount of work and fully bought in to the teachings that Migliaccio has laid out for them and it has translated to career best numbers in many of the most vital offensive categories and analytical benchmarks .

As one of the longer tenured prospects in the Yankees farm system, Gilliam was drafted and mostly developed by a previous regime and player development staff that tried to mold him to have a specific approach. Now with years of experience and seasoning under his belt, Gilliam has found success and comfort in utilizing the tools that have been provided to him in his first year working with Migliaccio.

Gilliam added, “The good thing about Joe [Migliaccio] is that, although he didn’t play in the big leagues, he understand the swing from an analytical standpoint. He can probably break down my swing a little bit better than the past guys. I have really enjoyed the past guys because they are telling me things that I can expect. Rather with Joe, if I am going in a funk, he can pull up numbers as far as my launch angle and exit velo and say ‘hey, over the last few weeks you have been hitting the ball on the ground,’ for example. Then we can go in the cage and work on X, Y and Z. It’s really interesting from the old school method to the new school method – is there a correct method, I don’t think so. I think it comes down to the player and I enjoyed the old school and the new school.”

Growing up on the east side of Atlanta, Gilliam watched and rooted avidly for his hometown Braves and those successful teams of the late-90’s and early 2000’s. It was being in the ballpark watching those teams and having his fathers passion for the game influence his ultimate want and desire to make it as an eventual professional baseball player.

“My Dad is so passionate about baseball,” Gilliam said. “He plays a major influence on my love for the game today. I feel like sometimes I am living his dream. Pretty much all of my life I feel like I have been on a diamond. I played other sports, too. I played basketball and football pretty much up until the 12th grade, but I find the most joy playing baseball.”

Gilliam added, “I manifested the most with baseball, for sure. In basketball I didn’t have the height; the best I probably could have done was maybe a Division II basketball player. Some people say I was better at football, however the longevity in that compared to baseball; you’ve got to compare those because of all the injuries. I manifested baseball and I saw where it could take me. I had a lot of good mentors along the way, too. That kept me level and bettered me on and off the field and I kind of just followed that path.” 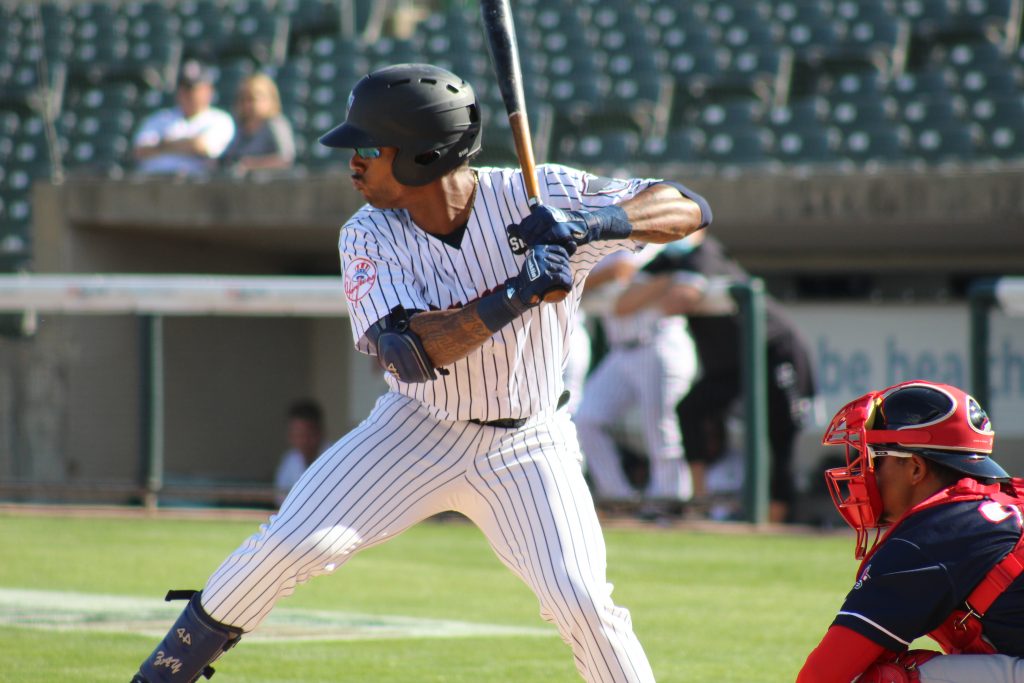 That path led him Chipola Junior College in Florida and that is where the Yankees ultimately discovered him and saw the talent that checked so many of their organizational boxes. Gilliam entered the farm system back in 2015 with tools but was very raw and had lots of room to mature and develop both physically and mentally.

“I think it is almost a night and day difference,” said Gilliam. “As far as talent and what I could do on the field, I feel like I have been an impactful player every time that I have stepped on the field. I think that the consistency is getting better as far as being mature and understanding what the opposing pitcher is trying to do to me, understanding certain situations in the game. For me though, it’s more of a mental maturity as far as my overall growth in the game.”

Gilliam added, “I am just trying to continue to manifest and just be the best player that I could possibly be.”