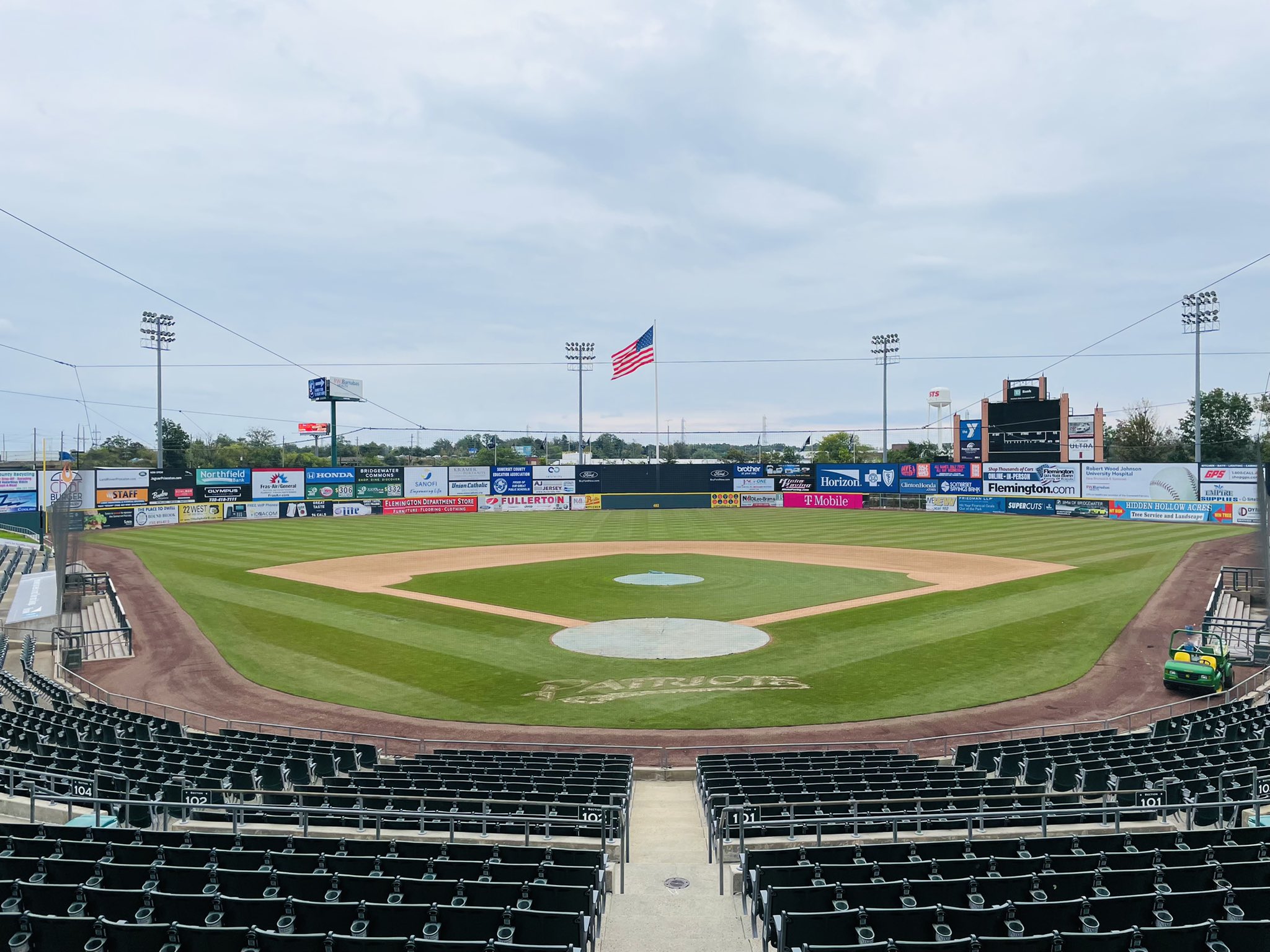 PLAY BALL!: When the torrential rains of Hurricane Ida brought devastating floods to the northeast region of the country last week, it looked as though the remaining home slate of games for Somerset was very much in doubt as the field at TD Bank Ballpark sat under feet of muddy water. It looked like a well orchestrated special effect from a natural disaster flick – something that you couldn’t actually imagine seeing with your own two eyes. Just days later though, the Patriots staff and grounds crew team, led by the incomparable Dan Purner, have miraculously restored the field to it’s pristine conditions and the ballpark is about ready to host the Hartford Yard Goats for the final three contests of their six game slate this weekend.

The Yard Goats graciously opened the gates at Dunkin’ Donuts Park on Tuesday night to host Somerset as the home team thru Thursday while the field in Bridgewater undergoes the final days of preparation. The Patriots players and coaching staff have faced a whirlwind week of not only playing competitive late-season baseball, but also enduring the emotions that come with facing severe damage or even total loss to many of their parked vehicles and belongings while they were on the road in Bowie during the storm.

Adopt A Minor Leaguer, a website established to help provide assistance to minor league players throughout the course of the season in a multitude of ways through support and donations, has been rigorously fundraising to help provide assistance to the players during this most trying time. In less than a week, they have managed to raise over $4,000 with a donation match being provided by More Than Baseball, a non-profit organization that is operated by a group of former players, including one-time Yankees top-prospect Slade Heathcott, that strives to provide resources to give ball players a better and viable quality of life.

Playoffs?: After a late Michael Beltre homer, his career-high 15th of the season lifted Somerset to a 4-1 victory over Hartford on Wednesday, the Patriots have just 11 games remaining on the regular season slate. Somerset (64-44) enters action on Wednesday grasping a 1.5 game lead over the Bowie Baysox (62-45) for the second spot in the Double-A Northeast League postseason series. The Akron RubberDucks (68-40), winners in eight of their last ten ball games, hold a four game lead over the Patriots for the top overall seed. A pivotal six game series that carries obvious playoff implications is on-tap between the two clubs as they conclude the regular season at Canal Park next week.

Stay Hot: After slashing .317/.371/.476 with three homers, 12 RBI and five stolen bases in six attempts in the month of August, shortstop Oswald Peraza has carried that scorching stretch into September. The 21-year old prospect has six hits in five games this month to go along with three RBI and two stolen bases. Peraza, a part of Baseball America’s top-100 prospects, figures to play a key role coming down the stretch. 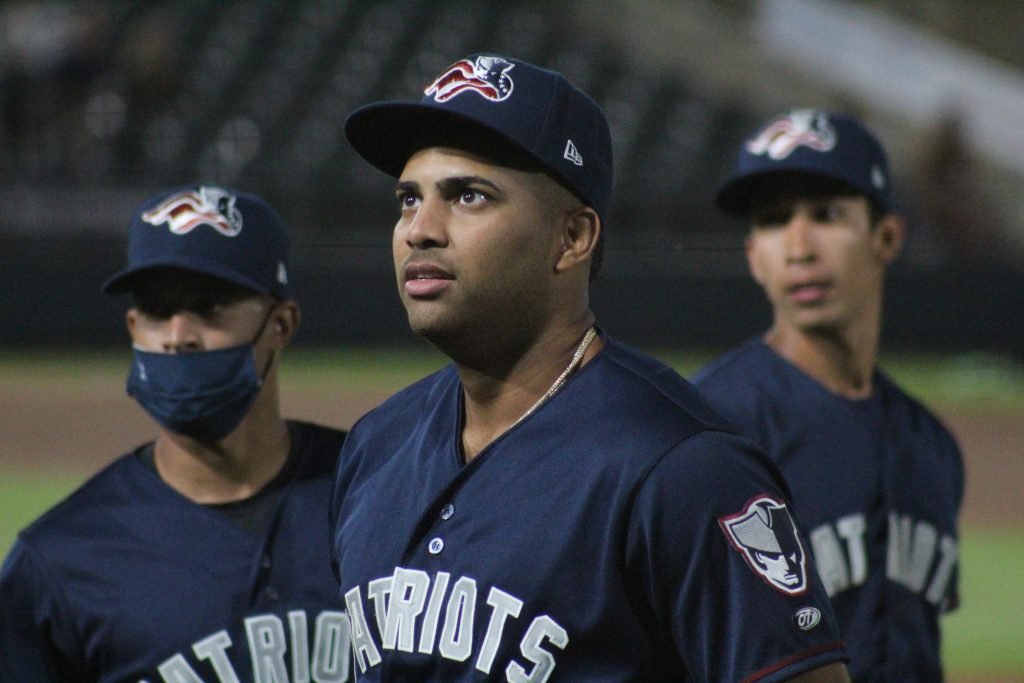 Dermis Garcia find himself as the league leader and Yankees organizational leader in homers with 27 heading into the final days of the season. He also has struck out the most times in the NEL and is among the leaders in all of minor league baseball with 158 punch outs on the year. That has been the book on Garcia for much of the year, very much a boom-or-bust kind of hitter. You wouldn’t expect me to highlight a guy with that many K’s and a .206 batting average as somebody that is riding a hot streak, but believe it or not, the 23-year old first baseman slashed .275/.356/.549 with seven homers, 18 RBI and three stolen bases in the month of August – by far his best month of the campaign.

After posting a 7.66 ERA in five July starts, there was some concern surrounding right-hander Hayden Wesneski and his ability to make adjustments against the advanced hitters at the Double-A level. Those questions have certainly been answered as the Yankees 2019 sixth-rounder has gone 5-0 in his last six starts with a 2.61 ERA; he has fanned 40 and walked just nine over the 34.1 innings over that stretch. Opposition is hitting just .206 against him since the beginning of August after tagging him for a .333 mark in July. 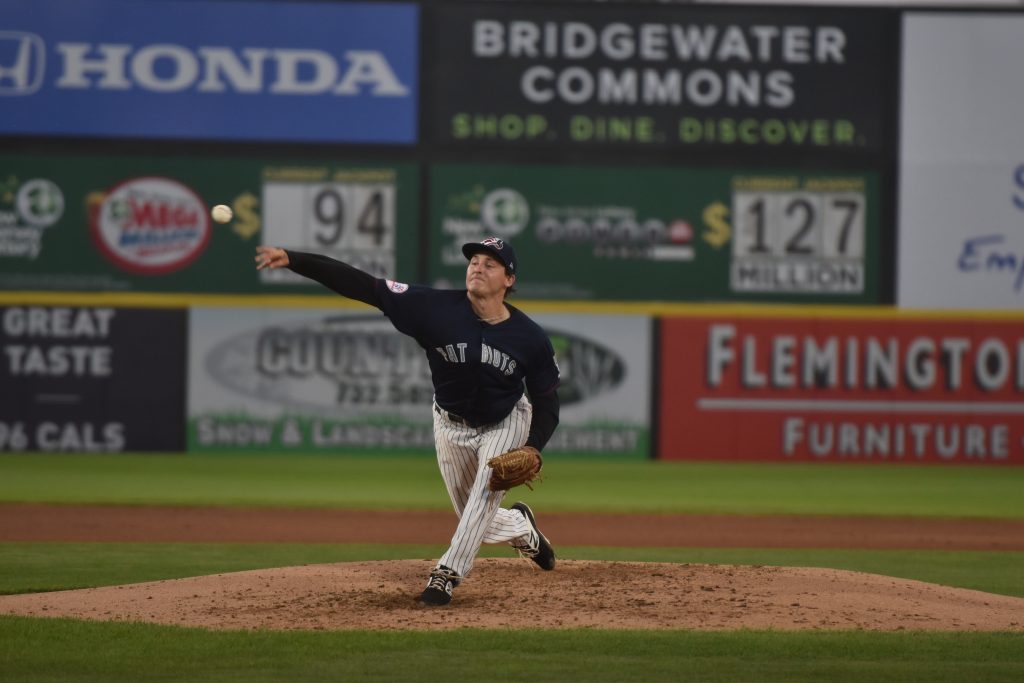 New Kid on the Block: One of the biggest risers in the Yankees system this season has been 22-year old righty Randy Vasquez. After beginning the season at Low-A Tampa, Vasquez has made it all the way to Somerset and has been impressive over his first two starts with the Patriots. The Dominican-native has pitched to a 2.14 ERA with 124 strikeouts in 96.2 innings while positing a cumulative 1.17 WHIP across three different levels. Vasquez has allowed three earned runs and has fanned 13 over 10.2 innings since earning a promotion to Double-A on August 28.