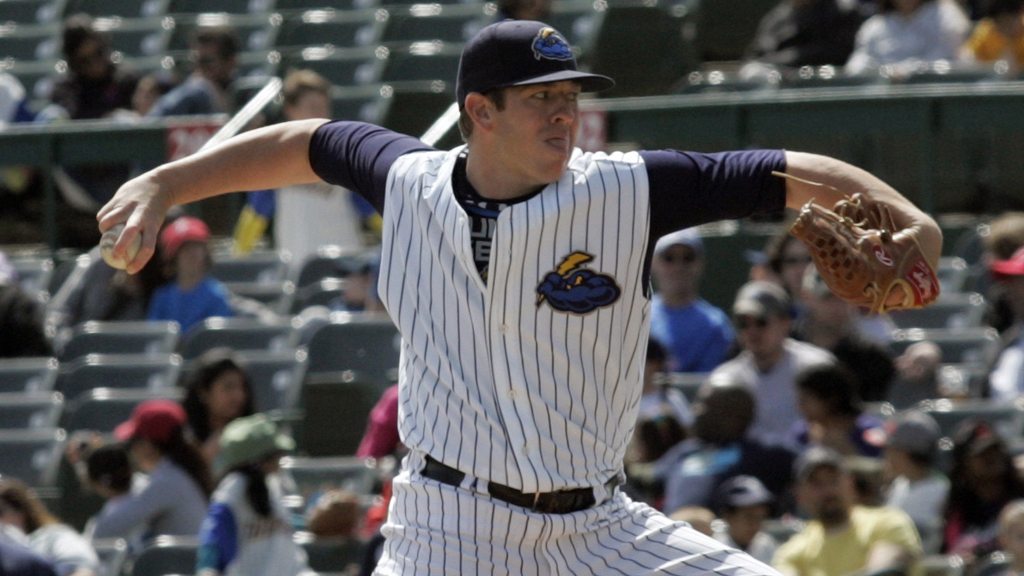 PAWTUCKET, R.I. – In eight seasons as the top affiliate of the New York Yankees, the SWB franchise had never been swept in a series of three or more games at McCoy Stadium, home of the Triple-A Pawtucket Red Sox. On Wednesday night, Jonathan Roof changed that. He singled over second with two outs off Caleb Cotham (2-1) in the home 10th to score Allen Craig as the reigning Governors’ Cup champions completed a three-game broom cleaning of the RailRiders, 4-3.

Pawtucket (52-80) earned its first sweep win since the first week of May while SWB (73-58) was swept for the first time in a series of three or more games at McCoy Stadium since the then-Red Barons (Philadelphia Phillies) fell in all three from Aug. 16-18, 2006.

Both teams plated a pair in the second and all the runs came on two-out hits. Kyle Roller and Ben Gamel had RBI singles for the RailRiders while Mike Miller and Deven Marrero did the same for Pawtucket.

SWB surged ahead in the fourth when Austin Romine‘s hard hopper was errantly missed by third baseman Carlos Rivero, allowing Slade Heathcott to score from third for a 3-2 edge. An inning later, Allen Craig homered off rookie southpaw Caleb Smith to tie the game.

SWB returns home for a three-game, two-day set against the Lehigh Valley IronPigs (Philadelphia Phillies). Thursday sports a doubleheader with game one getting underway at 5:35 p.m. The RailRiders are scheduled to toss right-hander Kyle Davies (9-7, 3.52) in the opener against southpaw Jesse Biddle (2-3, 5.85). SWB will look to lefty Chaz Hebert (1-0, 1.80) in the nightcap against a to-be-announced hurler.

The RailRiders will host “Mariano Rivera Day” on Thursday, Sept. 3 against the Buffalo Bisons (Toronto Blue Jays) with an appearance by the Yankees’ legendary closer himself. For more information please call (570) 969-BALL (2255) or visit swbrailriders.com.

Caleb Smith allowed three runs on five hits and a season-high-tying five walks in his Triple-A debut. He struck out four and tossed 109 pitches (59 strikes).

The RailRiders have lost five straight road games for the first time since the 2013 unit dropped five straight spread over three separate road trips from June 2-14.

Seventeen of the RailRiders’ last 34 games have been decided by one run and 25 have come down to two runs or less.