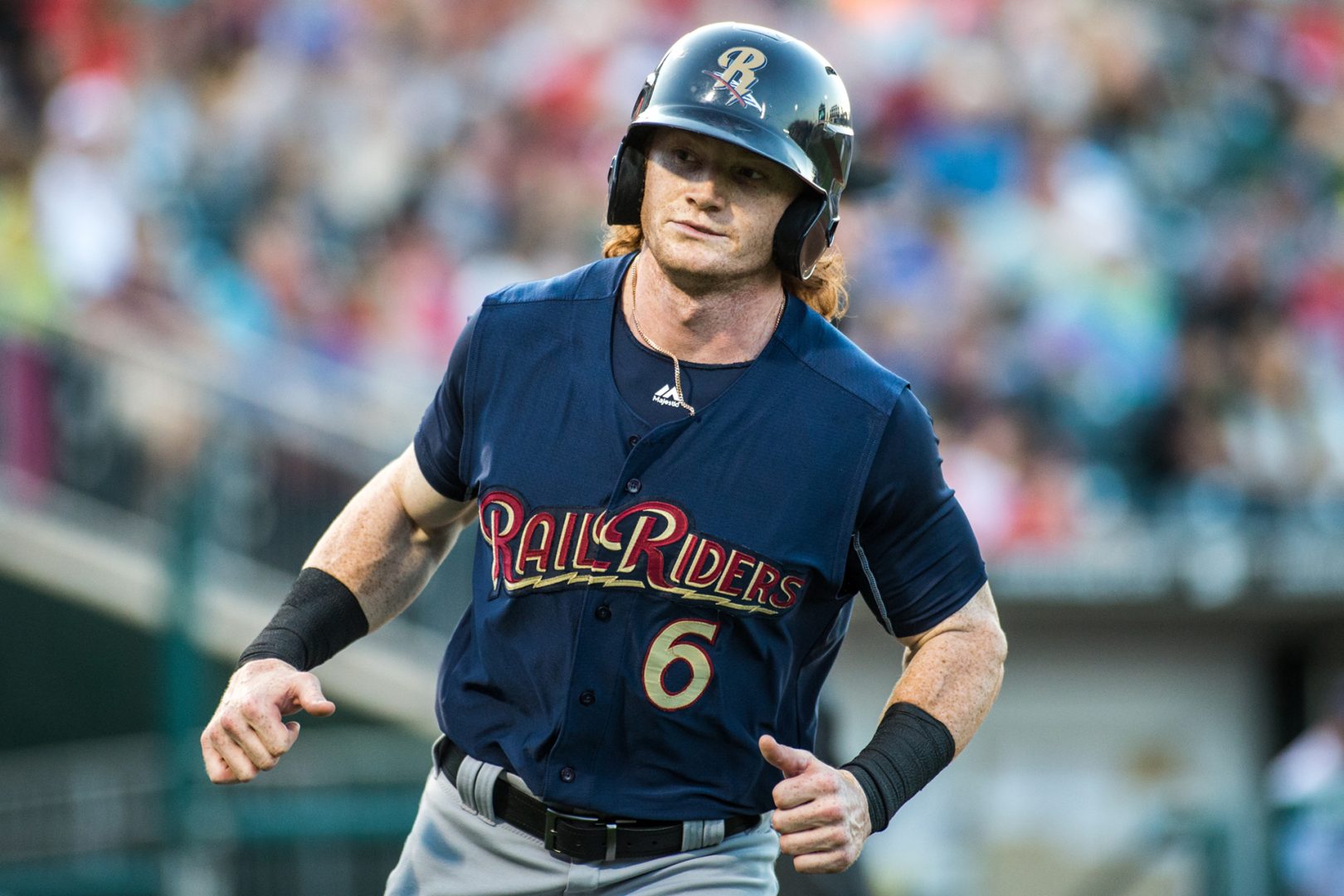 MOOSIC, PA – The SWB RailRiders (Triple-A/ New York Yankees) fell down six runs early and fell short of a comeback in a 9-3 loss to the Pawtucket Red Sox on Thursday night at PNC Field. Despite the setback, the RailRiders (78-48) maintained a 3.5 game advantage in the International League North Division and their magic number sits at 10. The PawSox (66-59) have won five of the last six meetings with SWB.

Making a spot start, Tyler Webb (3-3) absorbed the loss after being hit for six runs, all earned, on seven knocks in two innings. Roenis Elias (9-4) earned the win for Pawtucket by holding SWB to a run on three hits over 5.1 frames. He walked three and struck out five.

Chris Marrero put the PawSox up 1-0 in the first on a one-out single and a sacrifice fly to right by Allen Craig made it 2-0. Pawtucket pushed the advantage to 4-0 on a two-run homer by Chris Dominguez in the second. Christian Vazquez capped a four-run frame with a two-run double for a 6-0 margin.

Against reliever Diego Moreno, the PawSox added three more runs on a double by Marrero in the fourth and another two-run jack by Dominguez in the fifth.

Rob Refsnyder got the RailRiders on the board in the sixth on a bases-loaded sacrifice fly. Cesar Puello pushed across the final two runs in the eighth thanks to his second double of the night.

Refsnyder extended his hitting streak to six with a 2-for-4 performance and Clint Frazier finished 2-for-4 for his fourth two-hit effort in six games played.

The RailRiders look to snap a four-game skid to the Pawtucket Red Sox on Friday, August 19. Right-hander Luis Severino (7-1, 3.25) gets the nod against right-hander Sean O’Sullivan (6-6, 4.54). It’s “Glow in the Park Night” at PNC Field with a special appearance by Mariano Duncan as part of the Legends Series. First pitch is set for 7:05 p.m. and a postgame fireworks show will follow, presented by Jack Williams Tire. For tickets or more information, please call 570-969-BALL (2255) or visit swbrailriders.com.