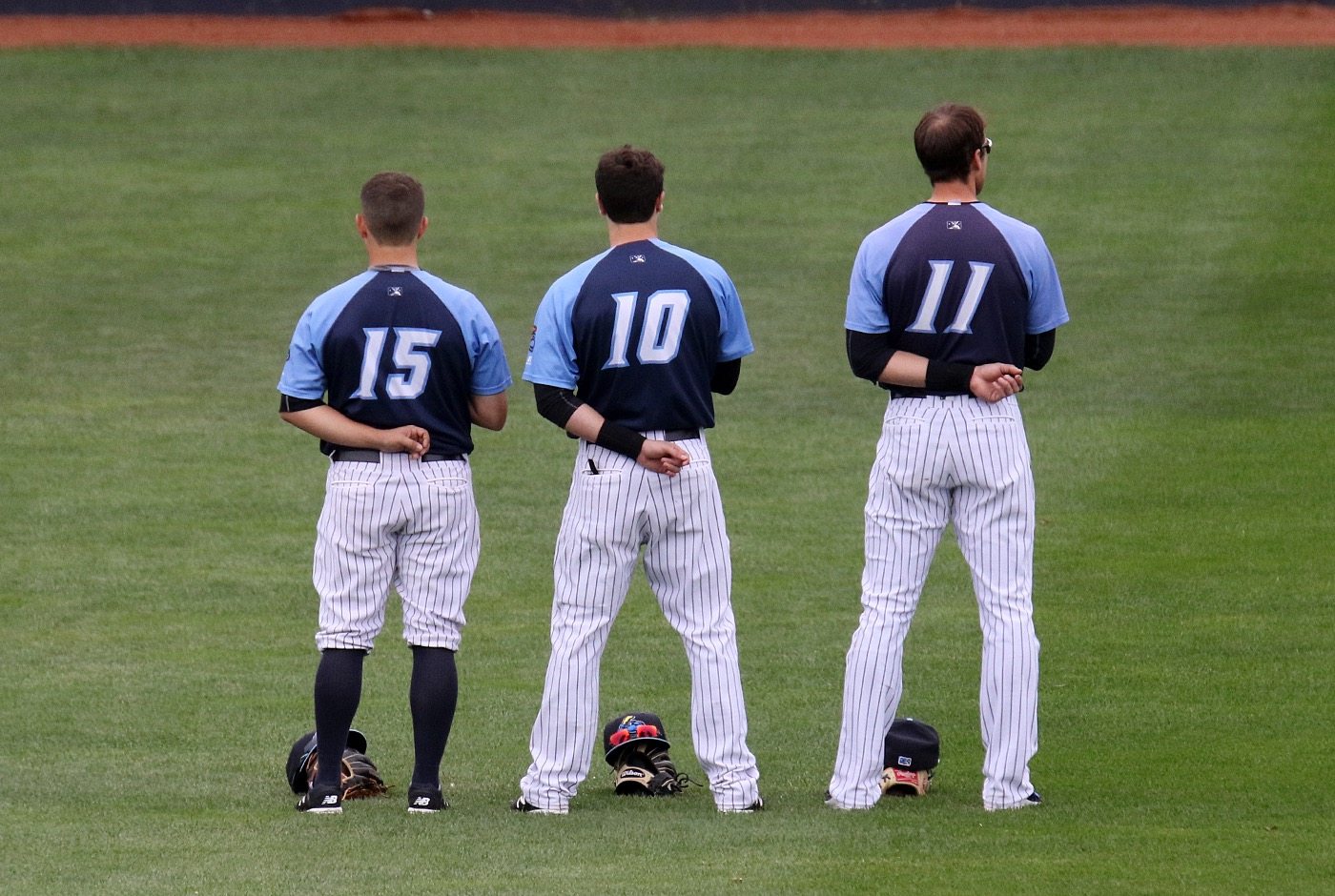 MANCHESTER, N.H. – Mark Payton may be the shortest player on the Trenton Thunder roster, but he carried a huge bat Thursday night.

Payton, hitting .333 in his last 10 games, finished with the Thunder’s second four-hit night of the season. He was 4-for-5 with two doubles, one run scored and four RBIs in Trenton’s (60-38) 11-2 win at Northeast Delta Dental Stadium.

All nine Thunder starters had hits in the 15-hit effort. Other batters with multi-hit nights were Kyle Higashioka (2-for-4), Lane Adams (2-for-5) and Michael O’Neill (2-for-5). Part of Lane Adams’ night was a three-run home run off the hotel in left field, which turned an 8-1 lead into an 11-1 lead in the sixth inning.

The victory moved Trenton within six games of first-place Reading in the Eastern League East.

‘We can do a lot if good things when we play as we’re capable of playing,’’ said Thunder manager Bobby Mitchell.

Thunder starting pitcher Chance Adams improved to 5-0 with Trenton and 10-0, 2.49 overall with the win. He allowed one run on a solo shot by Jared Leblebijian, but was otherwise spotless over six innings. Over his last five starts, Adams has allowed three runs in 29.0 IP (0.93 ERA), with all three solo home runs.

The Thunder and Fisher Cats return to action Friday night with LHP Daniel Camarena (7-2, 2.40) taking the ball for the Thunder against LHP Shane Dawson (5-4, 3.69) for New Hampshire. First pitch is scheduled for 7:05 p.m with pregame coverage beginning at 6:50 p.m. on 91.3 FM and online at www.trentonthunder.com.