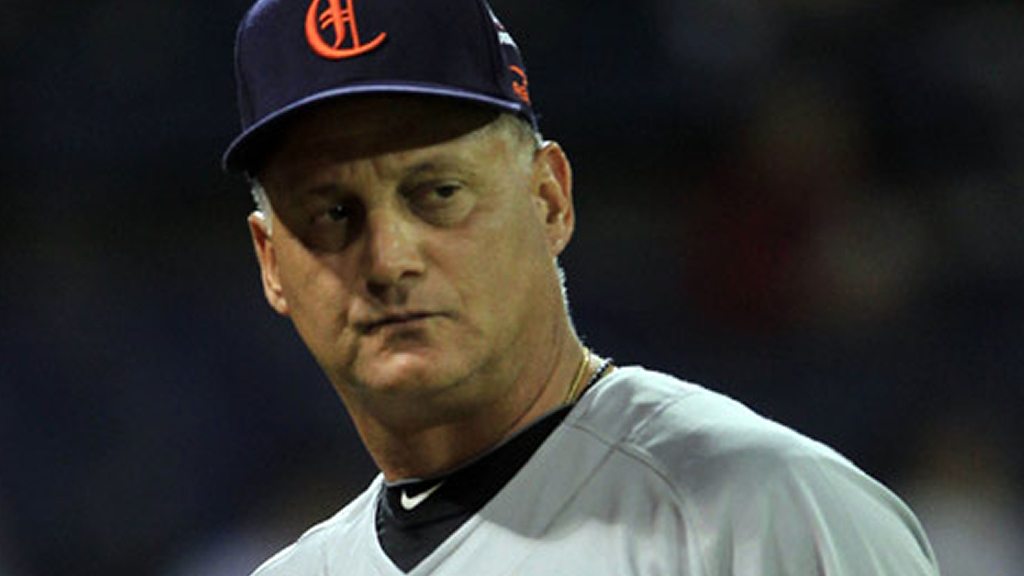 TRENTON. NJ –  After eight seasons, there will be a new face bringing out the lineup card for the Trenton Thunder at Arm&Hammer Park.

The Thunder, the Double-A affiliate of the New York Yankees, announced Thursday Al Pedrique will manage the Thunder during the 2015 season.  Pedrique is the ninth manager in Thunder history and the fourth to have managed in the Major Leagues.

Pedrique succeeds Tony Franklin, who led the team to three Eastern League Championships.  Franklin remains in the  Yankees organization. He won his 1,000th game as a minor-league manager last June 12.

Pedrique will be joined in the dugout by new additions to the Thunder staff, Pitching Coach Jose Rosado, Hitting Coach P.J. Pilittere, a fan-favorite in Trenton as a player from 2007-09, who has impressed the Yankees brass with his leadership abilities, and defensive coach Michel Hernandez.

Returning to the coaching staff is trainer Lee Meyer,  who enters his second season with the Thunder and Orlando Crance, who will handle strength conditioning for the third straight season.

“The Thunder are excited for the 2015 season to begin with Al Pedrique leading the charge on the field,” said Trenton general manager Will Smith. “Al has an impressive coaching resume and we welcome him and all of our coaches to the Thunder this season.”

Pedrique, a native of Venezuela, guided the Tampa Yankees to a 71-68 record in 2014 and led the RiverDogs to a 75-63 record in 2013 as manager.  Before joining the Yankees organization in 2013, he served as a coach or manager in the Houston Astros, Kansas City Royals and Arizona Diamondbacks organizations over 16 years.  He spent the 2010-12 seasons as the bench coach for the Houston Astros and also served as the third-base coach for the Diamondbacks major league club in 2003 and 2004.

He was named interim manager of the Diamondbacks for the second half of the 2004 season.  Pedrique was originally signed as a non-drafted free agent by the Pittsburgh Pirates in 1978 and went on to play in parts of three seasons with the Mets (1987), Pirates (1987-88) and Tigers (1989)

Rosado has spent the past four seasons as a pitching coach with the Gulf Coast Yankees.  The Jersey City, NJ, native played five seasons with the Kansas City Royals where he went 37-45 with a 4.25 ERA in 125 career games.  Rosado was originally selected in the 12th round of the 1994 First-Year Player Draft.

Pilittere returns to the Thunder as Hitting Coach after serving in the same role for Tampa and Charleston the previous two seasons.  P.J. made his professional coaching debut in 2012 as a coach with the GCL Yankees.  He was originally selected in the 13th round of the 2004 First-Year Player Draft by the Yankees and went on to play in 470 career minor league game where he hit .264 with 77 doubles, 16 HRs and 183 RBIs.

P.J. was a catcher and backup first baseman for the Thunder, and was a key performer in helping Trenton win its first two Eastern League Championships in 2007-08.

“I’d love to get back to Trenton in a coaching role some day,” said Pilittere during his time tutoring the Riverdogs hitters. He’ll find a lot of familiar names joining the 2015 Thunder, including infielder Dante Bichette Jr. and outfielder Aaron Judge.

Defensive Coach Hernandez joins the Thunder after spending two seasons coaching with the Gulf Coast Yankees.  Michel played in 45 games over three seasons in the majors with the Yankees in 2003 and Tampa Bay in 2008 and 2009.