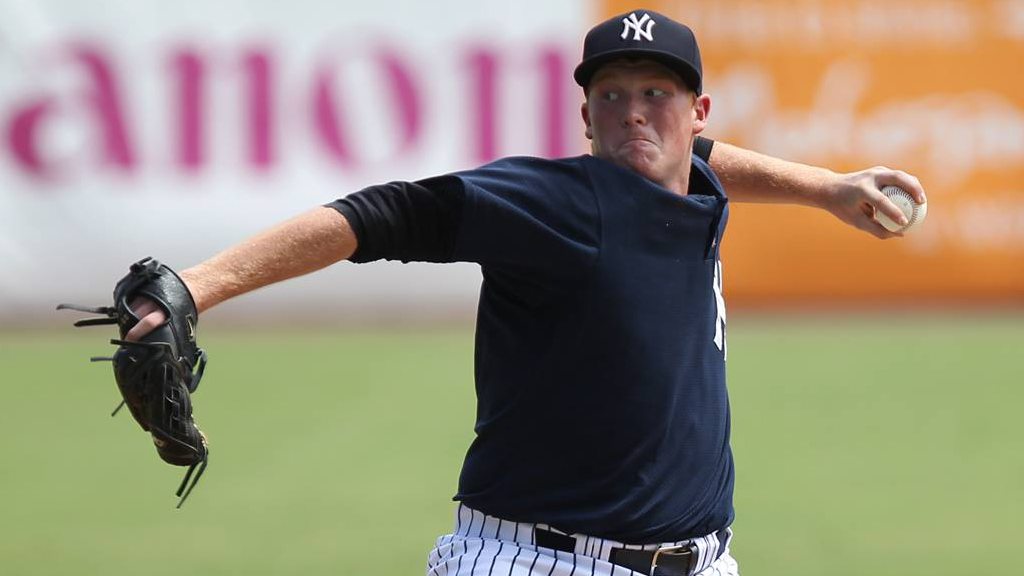 The Phillies beat the Yankees by rallying in the ninth to win.  It took a blown save by Yoely Bello to do it.  The Yankees scored seven runs and it just wasn’t enough because of the blown save.   Overall it wasn’t a good day to pitch if you were the gulf coast Yankees.

2012 draftee Caleb Frare started the game and the league let him know that this isn’t high school anymore.  He went one and a third innings and they weren’t pretty.  He allowed three hits which led to three runs.  Frare didn’t strike out any batters but he did walk someone to go along with three fly outs.

Relieving Frare was by Rony Bautista.  The big 6’7” lefty had a good outing especially concerning the walks.  Last time out Bautista had five walks this outing he had none in four and two thirds innings.  He did allow three hits that led to two runs but he struck out five batters.  The twenty year old has had a very good start to this year.

Chris Breen caught and went two for four on the day.  One of the hits went for a double.  Defensively Breen didn’t allow a stolen base and didn’t catch anyone stealing either.

Ericson Leonora had a good game.  He went three for four on the day with a double.   The 19 year old has six extra base hits in 14 games.  In his fourth season with the Yankees he is playing very well right now.

Miguel Andujar, Mikeson Oliberto, Jorge Alcantara and Jerison Lopez all went one for four on the day with a double.

Tomorrow the Yankees will play the Tigers at noon eastern time.