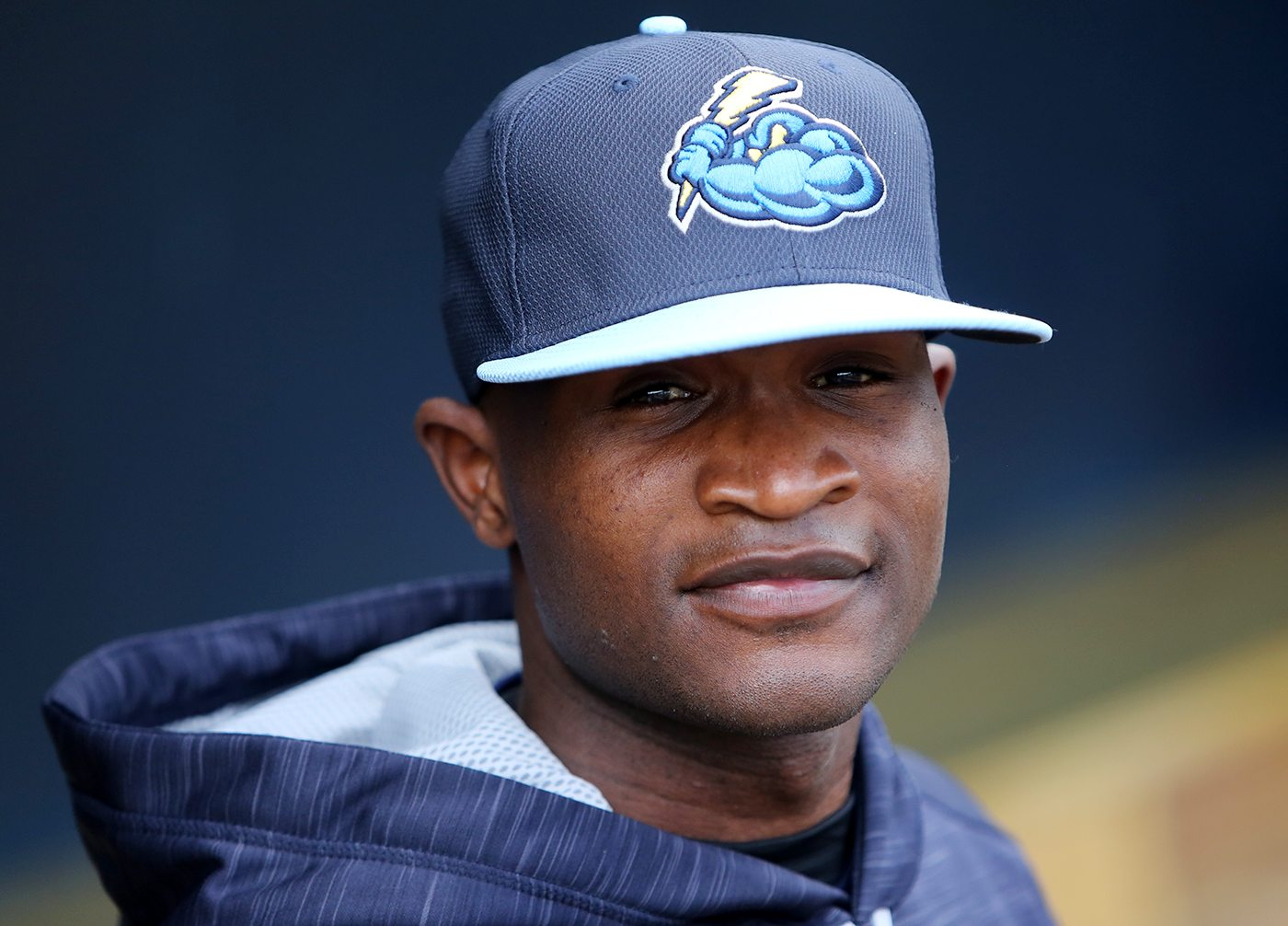 Right handed pitcher Domingo German gets ready to work out at ARM & HAMMER Park in Trenton on Tuesday April 4, 2017. On December 19, 2014, the Yankees acquired Germán, along with Nathan Eovaldi, and Garrett Jones from the Miami Marlins for Martín Prado and David Phelps. Photo by Martin Griff 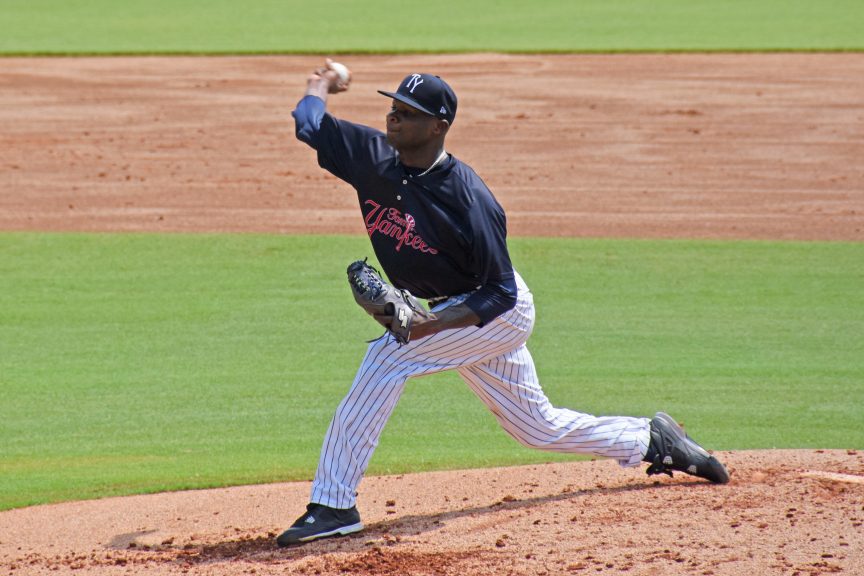 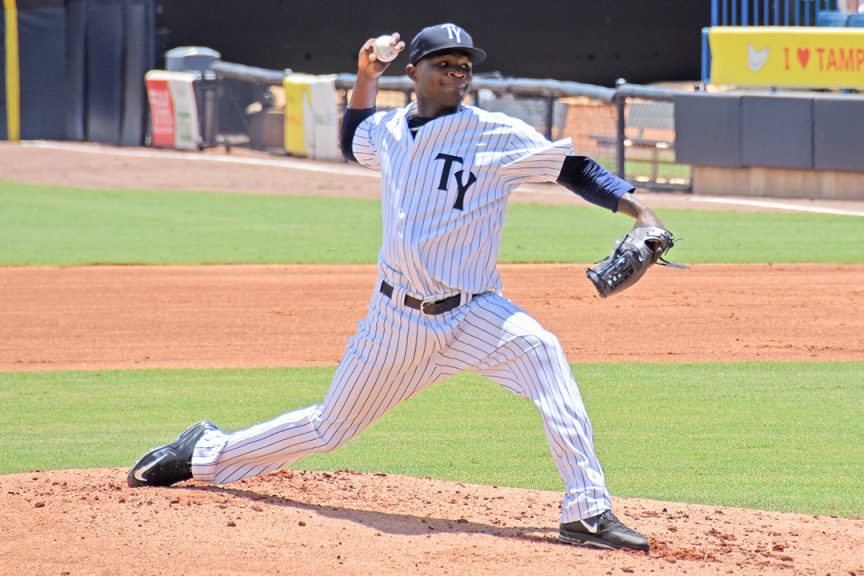 Domingo German with the Tampa Yankees in 2016 (Rick Ferry) 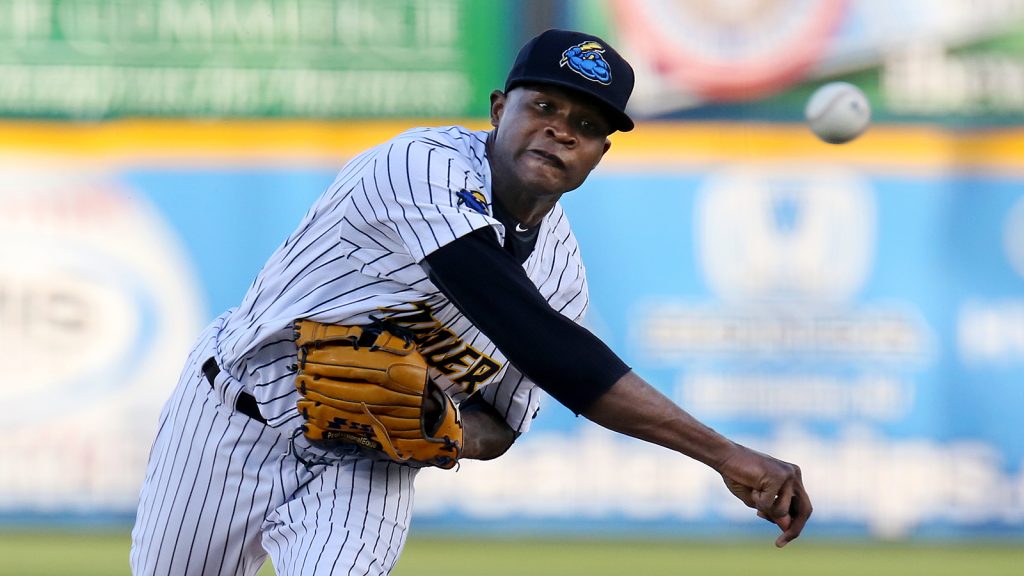 German started the 2017 season with the Trenton Thunder (Martin Griff) 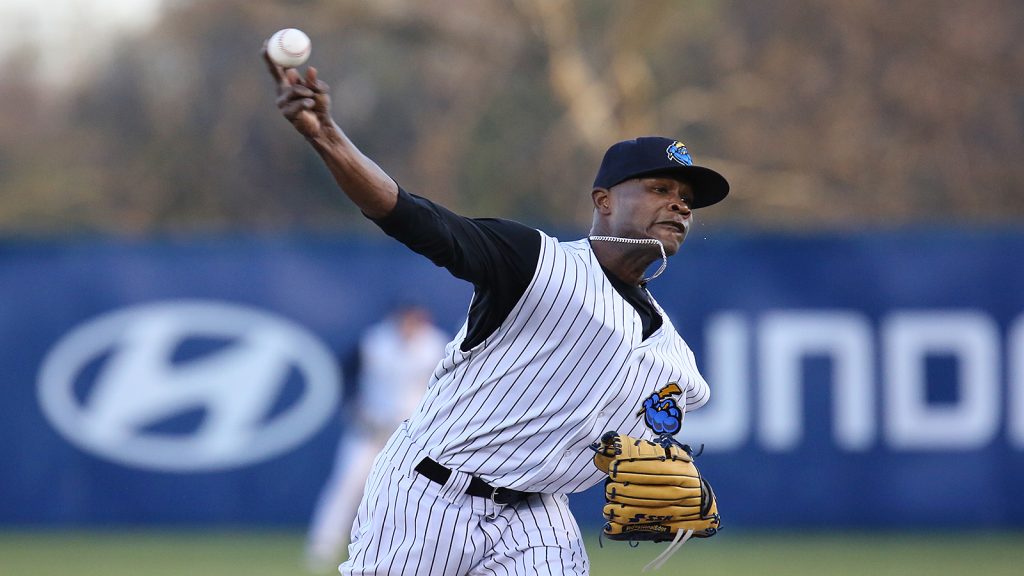 He had a 3.00 ERA over six starts for the Thunder, before being promoted to the Scranton/Wilkes-Barre RailRiders (Martin Griff) 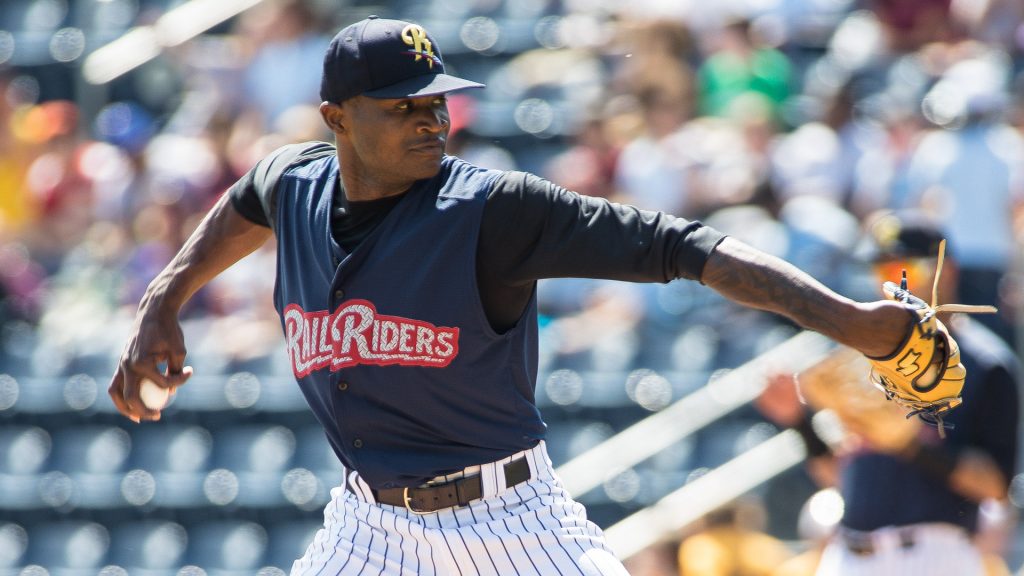 Domingo German has made four appearances in Triple-A, three starts and owns a 3.76 ERA over 26 1/3 innings (Todd Hiller)

In this article:Domingo German, photos, story