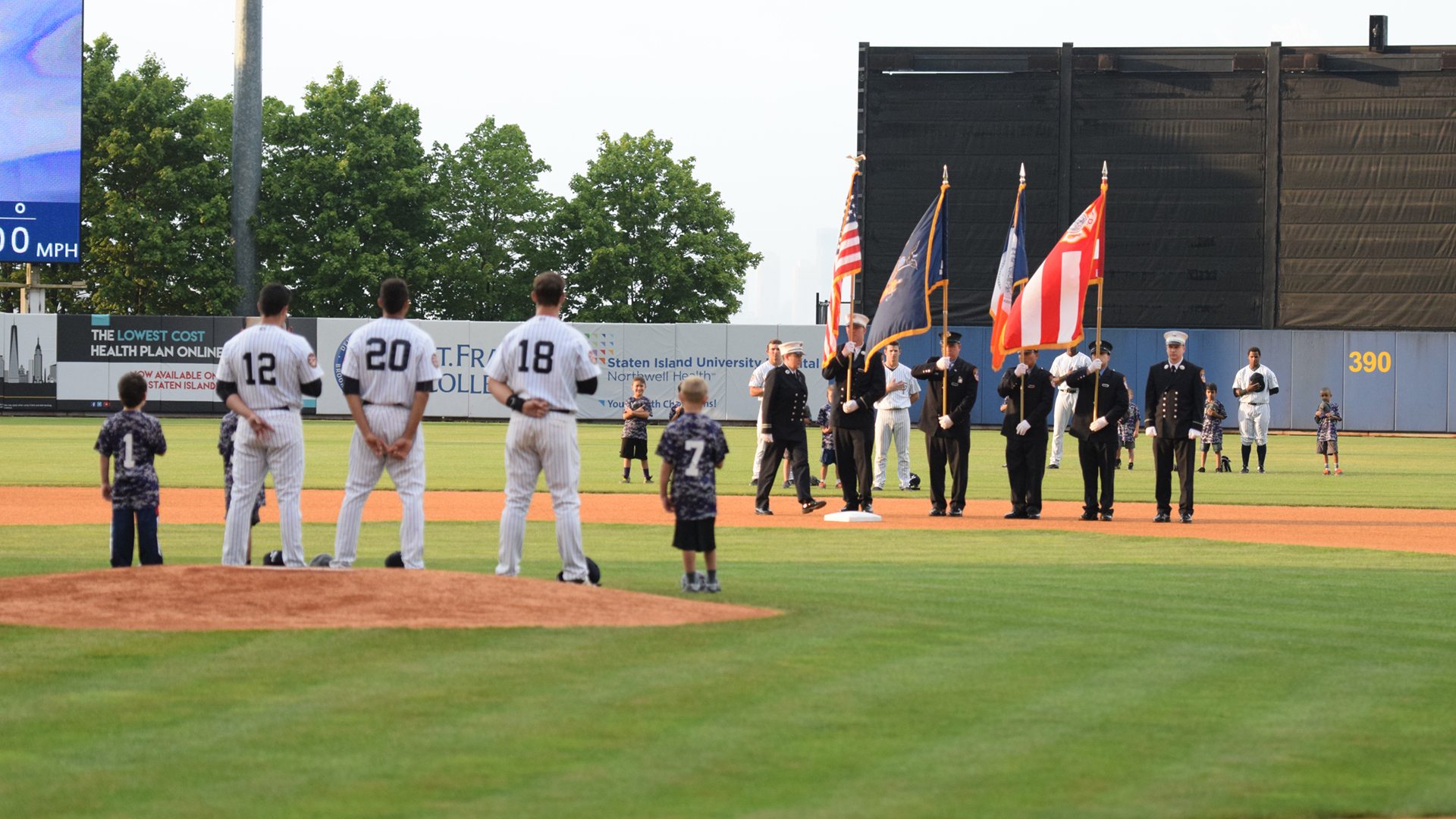 The Staten Island Yankees and Vermont Lake Monsters were suspended in the bottom of the first inning after the field became unplayable. 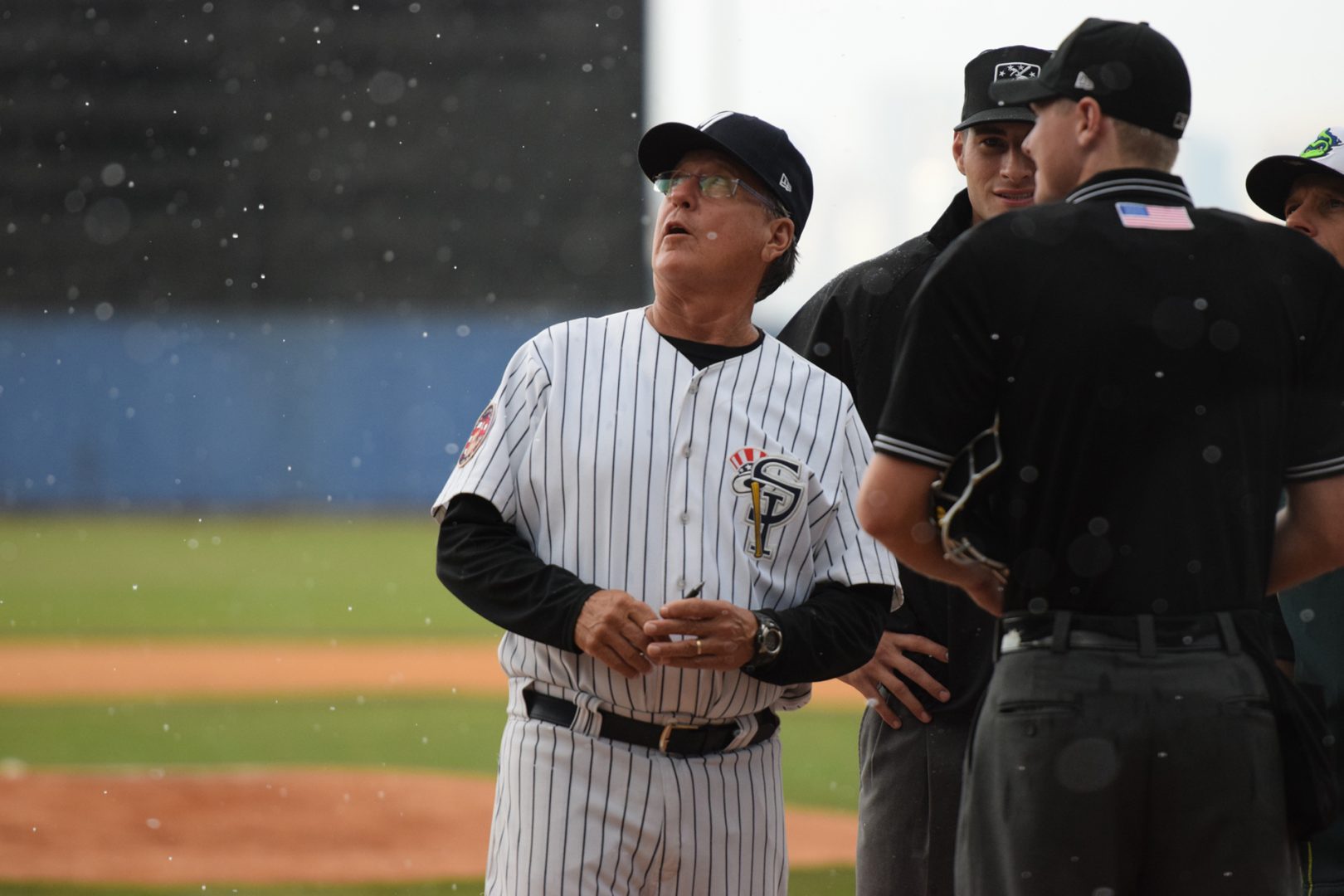 Rain was coming down during the pre-game manager’s meeting at the plate. (Robert M. Pimpsner) 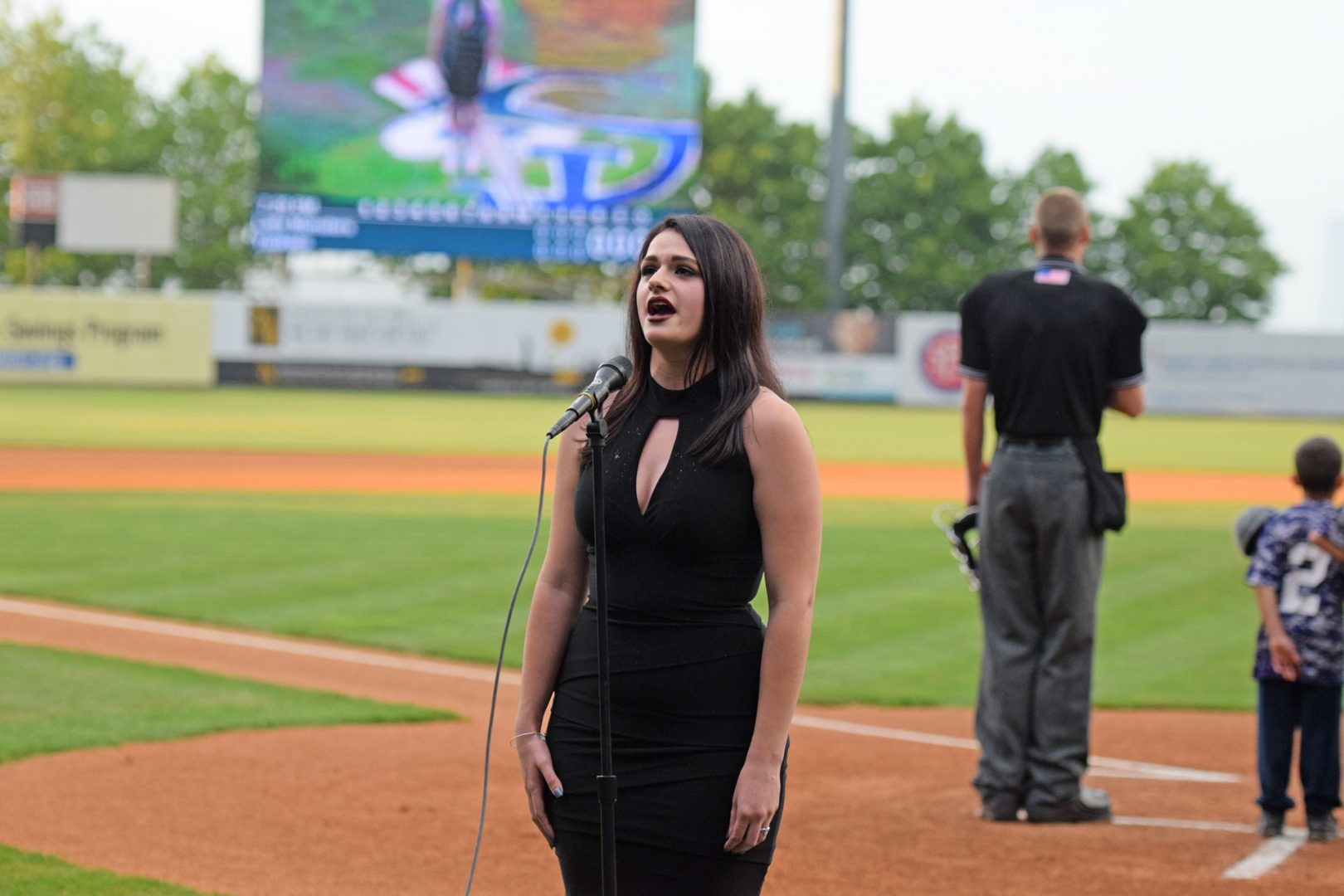 The skies cleared up and we were ready to play baseball. (Robert M. Pimpsner) 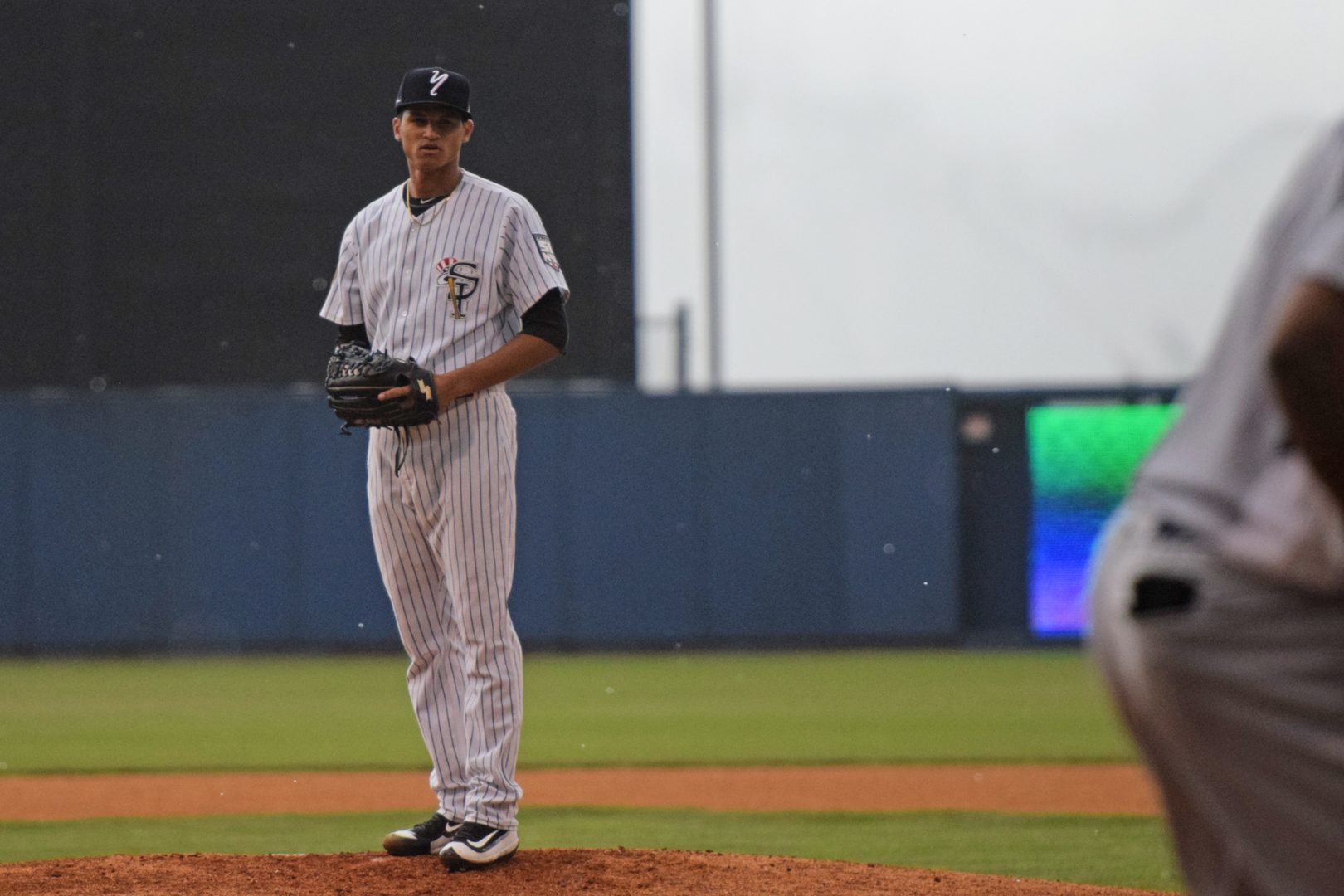 The rain stayed away for most of the top of the first inning, but started again with the last batter. (Robert M. Pimpsner) 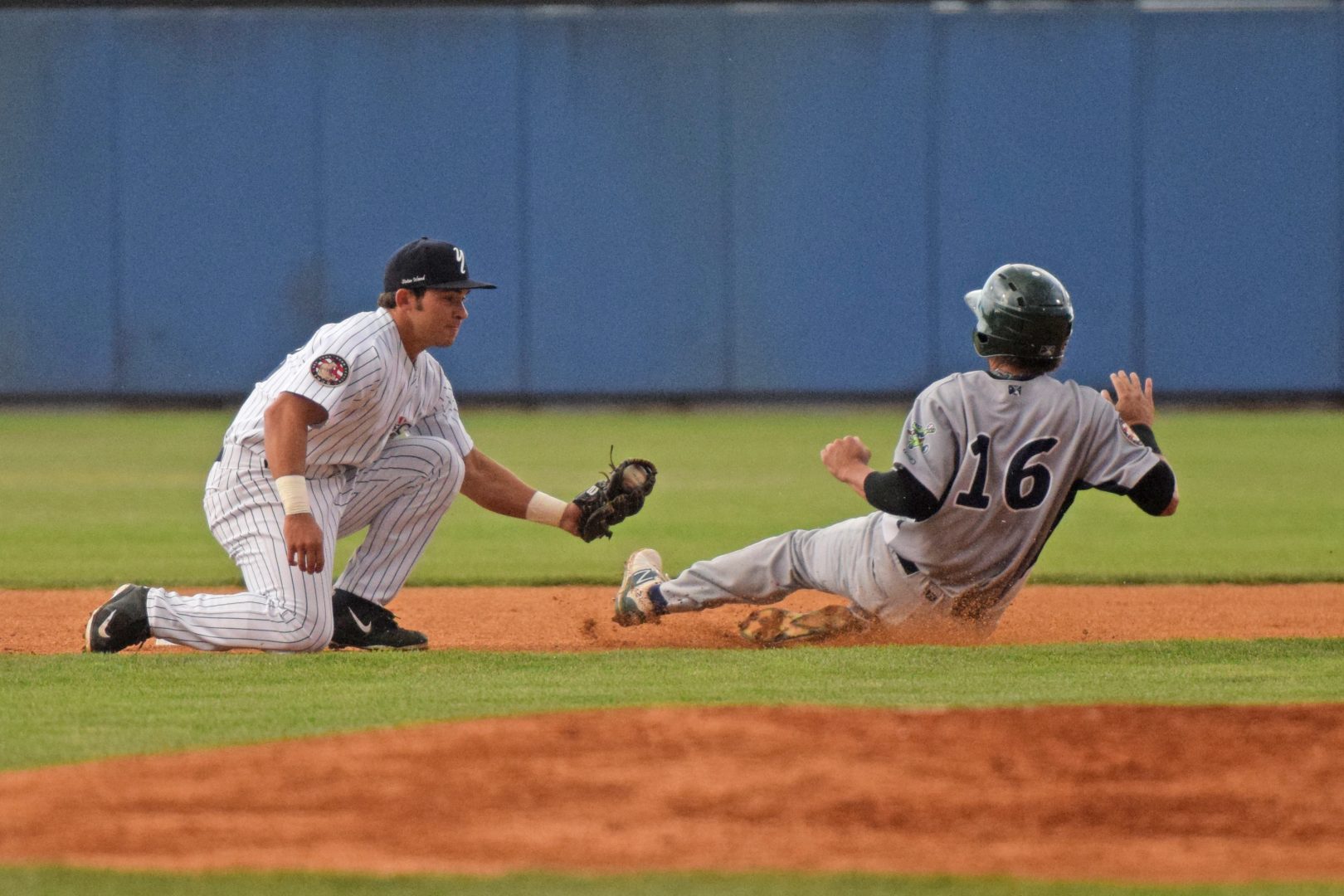 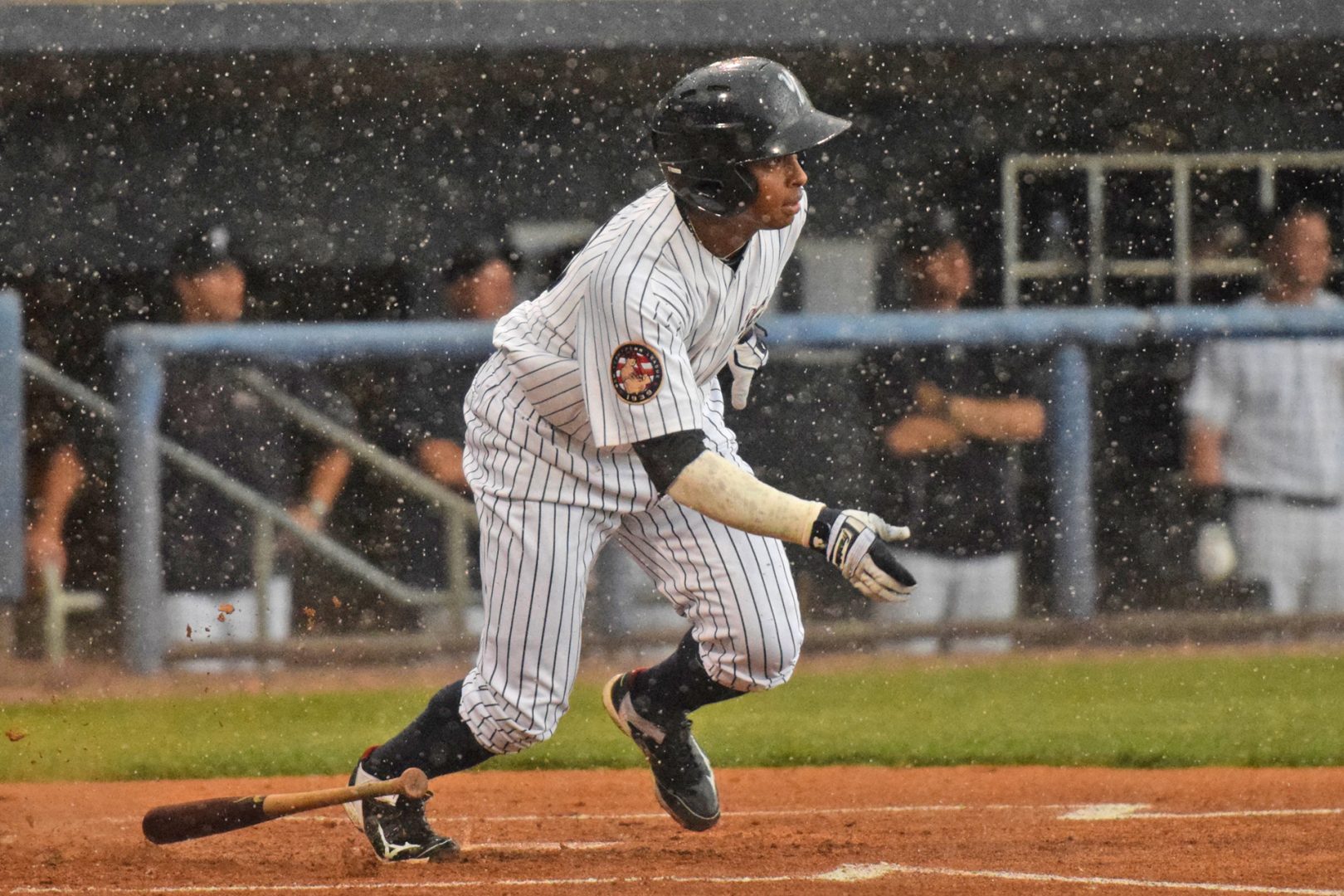 During the middle of the first inning the rain started to come down, only Ricardo Ferriera got up to bat in the bottom half with the rain pouring down. (Robert M. Pimpsner)