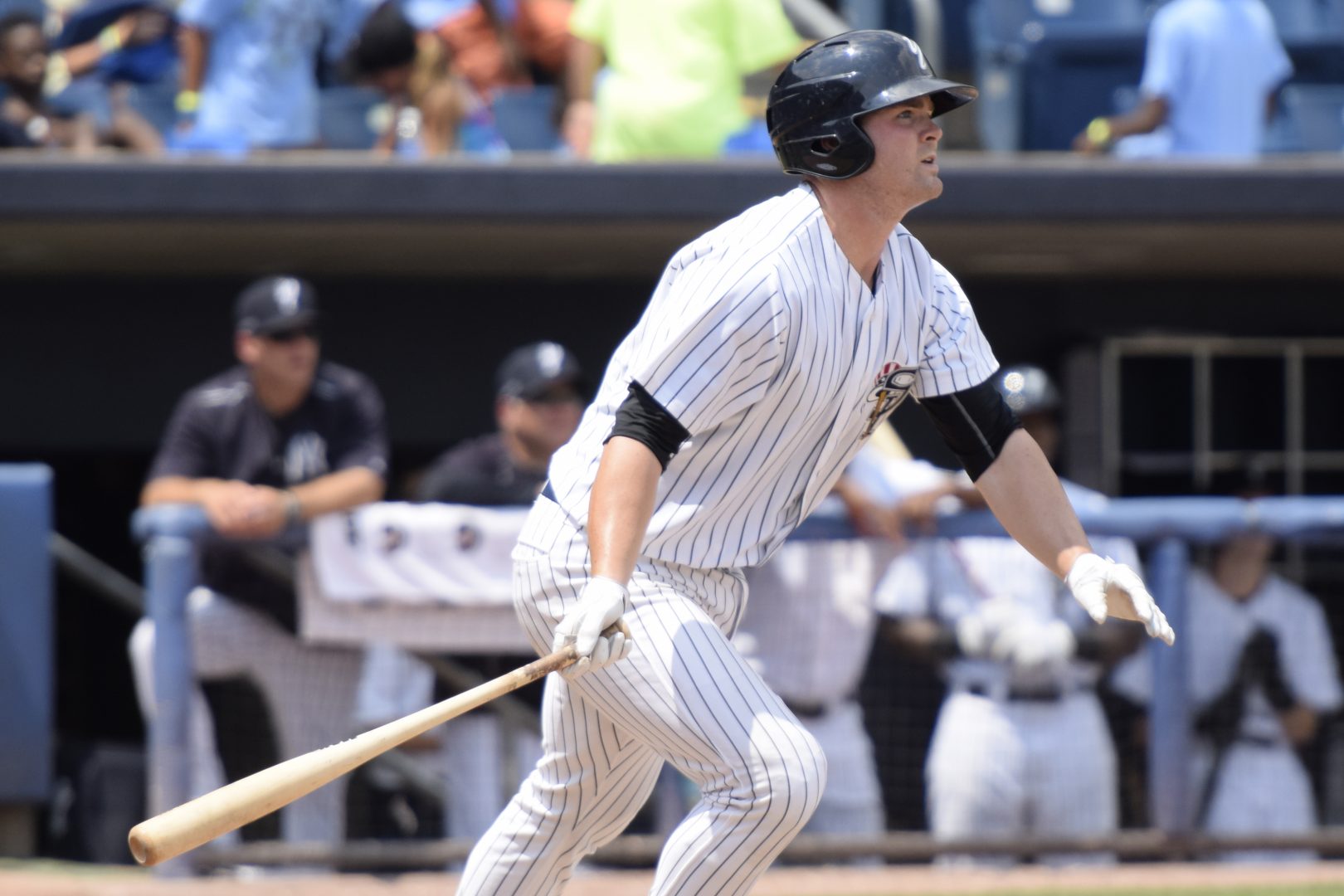 STATEN ISLAND, NY –In an early afternoon contest the Baby Bombers fell to the visiting Batavia Muckdogs in extra innings. The Staten Island Yankees have lost their last 5 games and 7 out of the last 8 games they played, including a 3-game sweep by the West Virginia Black Bears.

Ryan Krill lead the Yankees with 3 hits in the contest, over all the Yankees had 9 hits in the game with Jeff Hendrix, Kyle Holder, Thairo Estrada, Jake Hernandez, Jhalan Jackson and Kevin Cornelius each getting 1 hit a piece. Kyle Holder had the only Yankees extra base hit of the game while Cornelius and Jackson each walked twice.

Kolton Mahoney got the start for Staten Island, allowing 1 run on 5 hits and a walk over 4 innings. He was followed by Mark Seyler who threw 3 shutout innings allowing just 1 hit. Jose Mesa Jr was charged with a blown save after allowing an unearned run in 2 innings of work. Josh Roeder took the loss after allowing a run in the tenth inning.

Tomorrow the Staten Island Yankees will look to prevent being swept in two consecutive series. Luis Cedeno will be on the mound for the Baby Bombers.

Jeff Hendrix connects for a base hit (Robert M Pimpsner)

Stone Garrett slides into second base, breaking up a double play in the first inning (Robert M Pimpsner)