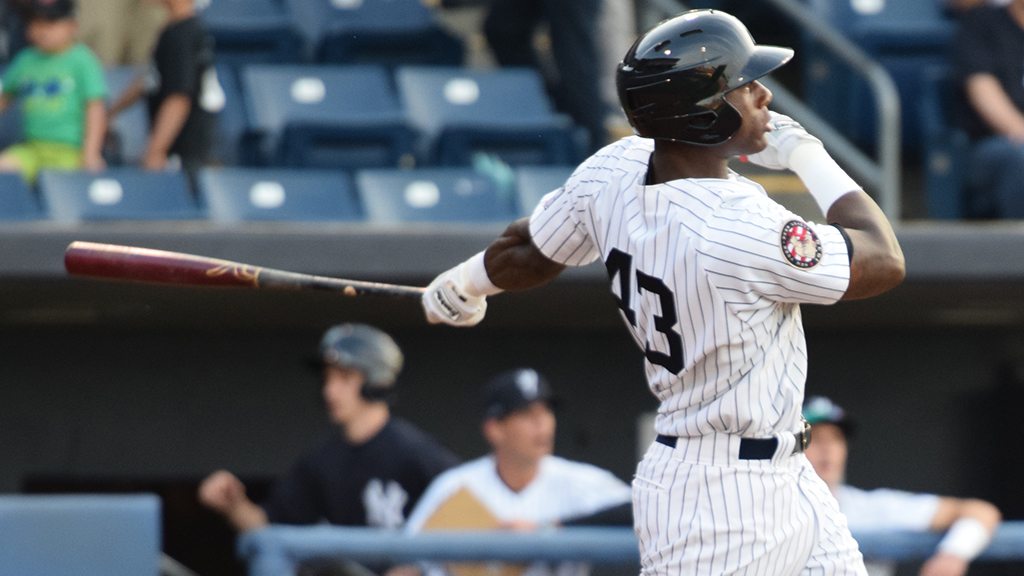 The two teams repaid the favor the best they could, giving the fans a few innings more of the sport they love. Unfortunately for the hometown faithful, an opening night walk off win was not to be.

Michael Bernal hit a game winning RBI single that scored Enmanuel Zabala, starting the season off right way for the Cyclones in a 3-2 victory. Brooklyn picked up the win despite falling victim to 16 strikeouts from 4 different Staten Island pitchers.

“All the pitchers, I thought, did a great job,” Osborn said. “Everyone threw the ball really well. It’s one of those games where everyone puts forth a good effort but the result just didn’t go our way.”

The entirety of the Yankees’ offense came on one hit in the 2nd inning, their only hit through the first five frames. Jhalan Jackson crushed a Tyler Badamo pitch over the left fence to put the Yankees up 2-0. It was the first professional at bat for the rookie outfielder, the parent club’s 7th round pick out of Florida Southern. The Winter Haven, FL native had 20 home runs in his final season with the Mocs of the Sunshine State League.

“Walking up, I knew I had to put something in the gap because the batter in front of me (Drew Bridges) got a hit,” he said. “I saw (Badamo) working the fastball in so I just turned on it.”

Though the contest ended with postgame fireworks, other Yankees draftees didn’t have the same flare in their professional debuts. 1st round pick SS Kyle Holder went 1-for-5, while 9th rounder 1B Ryan Krill went 0-for-5 with two strikeouts. Nonetheless, Osborn was pleased with his newcomers’ debuts.

“I remember my first professional game,” he said. “There’s so many nerves, so much excitement. When guys like Jackson get their first home run on their first at-bat, that’s why we play this game.”

“I felt like I executed my game plan really well,” Callahan said. “I worked the fastball well early but my changeup and curveball worked well as strikeout pitches later. Overall, I think I went five solid innings and gave my team a chance to win, which is my goal every time out.”

The rest of the SI bullpen held down Brooklyn batting for the most part, working its way out of several jams to extend the game as Espinal, Travis Hissong and Sean Carley combined for 11 strikeouts while allowing only 3 hits over 7 innings. Unfortunately, Brooklyn finally broke through in the 12th, as Carley (0-1) walked Zabala and Bernal’s line drive provided the RBI Brooklyn needed as Gaither Budgardner sat the Yankees down in order to end it.

Staten Island now heads to MCU Park in Brooklyn for a one night stand with the Cyclones before closing out the series back at home on Sunday afternoon.

First round pick Kyle Holder connects for a base hit (Robert M. Pimpsner)

Jhalan Jackson went 3-for-4 with a double and his 5th home run of the season, but Staten Island fell 4-3 to Hudson Valley. (Robert M. Pimpsner)

Ryan Krill runs down to first base (Robert M. Pimpsner)

A member of the Pinstripe Patrol dance team performs in between innings (Robert M. Pimpsner)

Fans lined up at the front gate prior to the stadium opening (Robert M. Pimpsner)

Members of the US Coast Guard present the colors prior to the game (Robert M. Pimpsner)